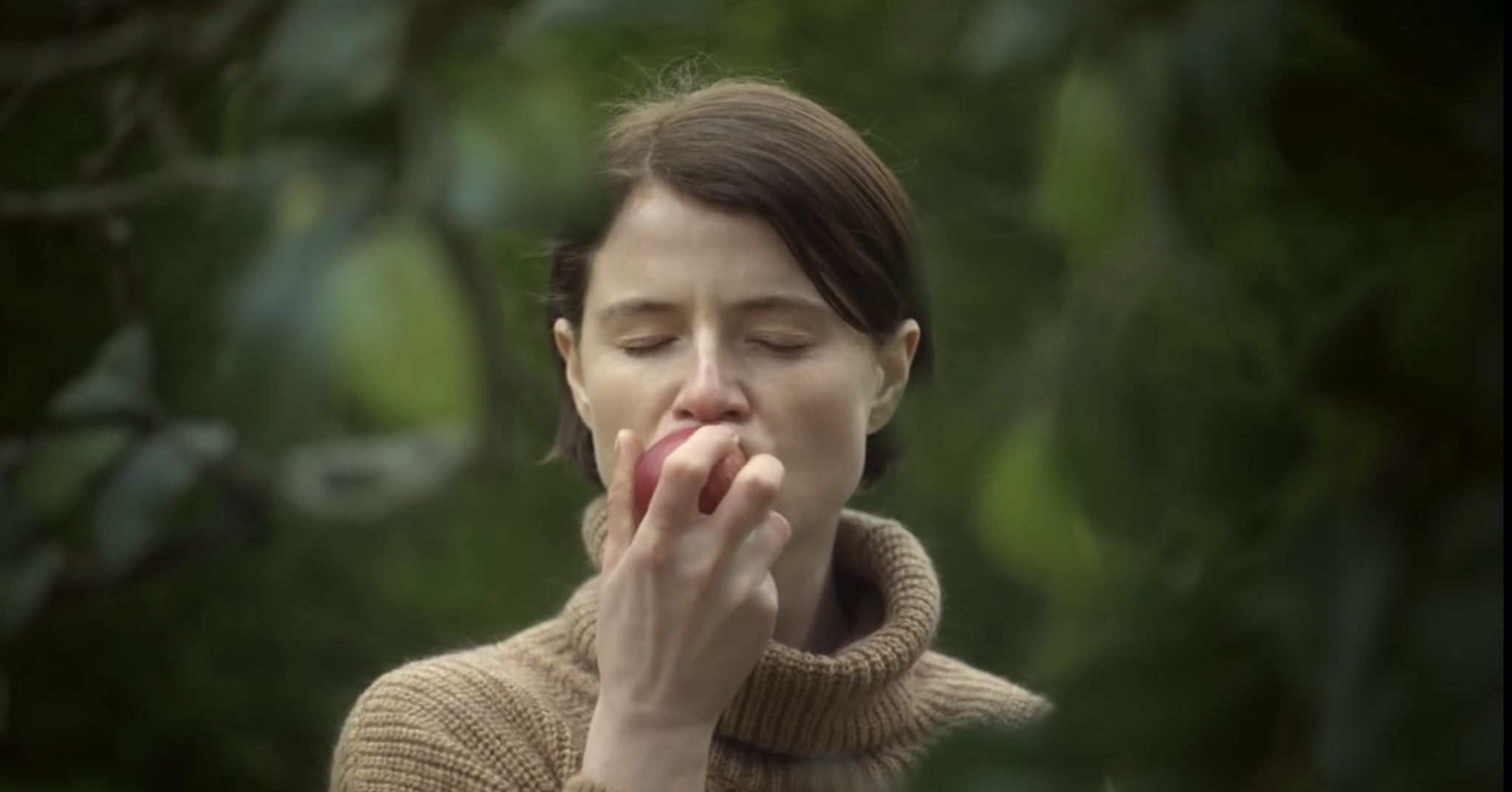 People can’t stop talking about Men — that is, the latest film from director Alex Garland.

The trailer suggests that Men is just another “elevated horror,” a genre that uses slashers or the supernatural to explore social justice themes from race to gender. In Men, a woman grieves her husband’s death by vacationing in the English countryside. Her vacation turns nightmarish when she’s pursued by, well, men. As they stalk her, call her names, and make threats, she struggles to discern their motive and to receive help from the police and other men in the village.

The most common criticism of Men is that it tries and fails to develop the theme of toxic masculinity. As I watched the film during its theatrical premiere, the “men are bad” messaging had me agreeing with critics. Had the auteur director behind Ex Machina and Annihilation finally made a flop? At the conclusion of its elusive third act, I decided not. Garland’s Men takes the elevated horror genre to new heights — and for artistic reasons, not progressive political ones.

Some reviews call Men a #MeToo film, but Garland insists he began the script long before the movement. At first, Men does seem to focus on “toxic masculinity,” that ubiquitous term describing everything from “microaggressions” to physical and sexual violence. Harper (Jessie Buckley) experiences it all. Flashbacks reveal husband James (Paapa Essiedu) who hit her and threatened suicide when she broached the subject of divorce. When he does die, either by suicide or accident (the film is unclear on this point), Harper’s vacation is the first time she’s felt alone since her marriage. Her only communication outside of the pastoral village is the occasional video call with her sister Riley (Gayle Rankin). Because this is a horror movie, the connection is usually spotty.

And because this is a horror movie, the audience also knows that Harper is not alone. She encounters toxic men whose actions range from microaggressions (a police officer who jokes about her appearance) to violence (a nude vagrant who stalks her and attempts a home invasion). All the men are played by Rory Kinnear, who transforms himself with wigs, prosthetics, and even CGI. The gender relations evoke comparisons between Men and Roman Polanski’s classic psychological horror film Rosemary’s Baby. Like Polanski, Garland supposedly instills audiences with dread by terrorizing a woman whose fears are constantly dismissed by patronizing men who know better.

But it’s Garland’s ability to create dread that elevates Men from a social justice film to something more profound. Men leverages repetition in sound, colors, and motifs because trauma is repetitive, often resurfacing for victims long after the violent incident. In the most memorable scene, Harper’s voice echoes in a railway tunnel. When she experiences an environmental trigger, her subjectivity washes the world in the same red hue of her flashbacks. It’s possible that the village’s lookalikes terrorize Harper, but it’s also possible that her trauma renders all men the same.

The repetition becomes most interesting in the recurring motifs of Harper’s nightmares — falling apples in an Edenic garden, the stone face of the folkloric Green Man (a symbol of rebirth), and the dark abyss of a tunnel or an empty eye socket. With these motifs, Garland shows the relationship between life and death. In his “Beyond the Pleasure Principle,” Sigmund Freud presented a paradox. People seek to experience pleasure and avoid pain in “life instincts” such as procreation or social cooperation. But they also have “death instincts,” engaging in destructive behaviors ranging from aggression to reliving trauma.

Freud used the Greek gods Eros and Thanatos to personify the life and death instincts. Garland also personifies these instincts, making him seem influenced by Jordan Peterson rather than fellow elevated horror director Jordan Peele. (Peterson received criticism for pointing out that, in mythology, men often symbolize order while women symbolize chaos.) In Men, women personify life instincts, though the line between women and men — between life and death — blurs in the film’s bizarre third act. (READ MORE from Shelby Kearns: Hollywood Still Has a Hillbilly Problem)

The atmosphere of dread, then, comes not only from Harper’s specific trauma, but also from the cruelty of existence. The relationship between life and death raises an existential question: If bringing life into the world inevitably results in death, why pursue our life instincts at all? Perhaps the answer in Men is related to its repetitive, cyclical nature. Life yields other life, and there are plenty of fertility motifs, including floating dandelion seeds and Harper’s mesmerization by a verdant forest. The film’s final scene is also one of fertility, which suggests that Harper overcomes the death instinct — her trauma and the aggressive pursuit of those men — and chooses life.

It’s true that Garland only superficially addresses toxic masculinity, but that’s what makes Men so interesting. As a film that explores life and death, Men presents a solution to our pandering entertainment environment. Create a trailer that promises to check the right boxes for the social justice mob, then don’t deliver on that promise and instead do what good directors do best: Depict themes so profound and thoughtful that they cannot be distilled into a tweet.