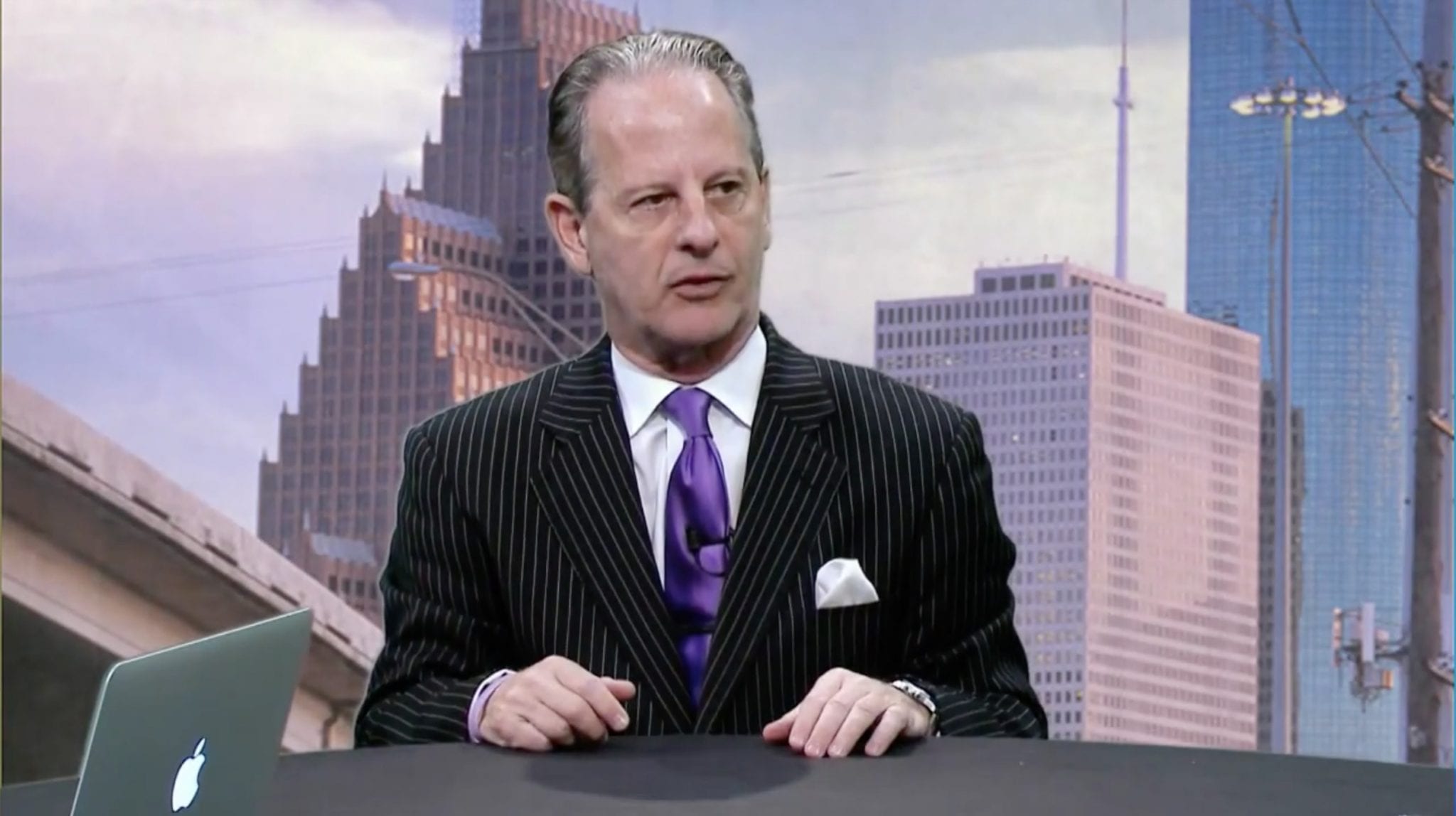 This is the second in a series of articles dissecting the prosecution of Texas Attorney General Ken Paxton.

In Les Misérables, Jean Valjean’s fictional antagonist was Inspector Javert, whose obsession with punishing Valjean bordered on demonic. Paxton’s inquisitors, Kent Schaffer and Brian Wice, in contrast, are simply unscrupulous mercenaries aiming to enrich themselves while bagging a high-profile trophy. Schaffer and Wice, who have been billing Collin County taxpayers at the rate of $300 an hour since their dubious appointment in April 2015 as “special prosecutors,” have already announced that they will quit unless a state appeals court decision halting further payments is overturned. In other words, the publicity-hungry “criminal district attorneys pro tem” responsible for pursuing the baseless charges against Paxton are only doing it for the money. So much for serving the cause of justice.

Money can be a powerful incentive, and this case is a perfect example. Even though Schaffer and Wice — Houston-based criminal defense lawyers when not feeding at the public trough — have billed nearly $600,000 through 2016 alone for their efforts in the Paxton case (and have already been paid $370,000!), they are prepared to walk off the job unless the taxpayers are forced to keep shoveling unlimited amounts of cash into their insatiable maw. Taking 2017 into account, Schaffer and Wice are likely into the taxpayers for well over a million dollars, before trial. Consider the public policy implications of this unusual arrangement — handing over sweeping prosecutorial powers to hired-gun lawyers not elected by the voters, not accountable to the taxpayers, and not constrained by a fixed budget.

The more outlandish and overreaching their actions, and the more aggressively they churn the case, the more they can charge the hapless taxpayers in Collin County, who had no voice in their selection. In short, this case was an ideal assignment — a dream come true! — for a pair of greedy shysters used to beating the bushes for their usual assortment of dirt bag clients, such as cartel-affiliated drug lords and money-launderers for corrupt Mexican politicos.

The Texas Court of Criminal Appeals, which is the court of last resort for criminal cases in Texas, is currently reviewing an August 2017 decision of the Fifth Court of Appeals declaring that the open-ended compensation arrangement with Schaffer and Wice struck by a Collin County judge was unlawful.

The legal issue is novel, but only because the factual context is unprecedented — no other “special prosecutors” had previously been given a blank check to railroad an elected official in Texas. Why exactly is the chief law enforcement officer in the Lone Star State being prosecuted by a pair of free-lance mercenaries instead of a duly-elected district attorney accountable to the public? Paxton resides in Collin County, a conservative suburb of Dallas. This is where the alleged crimes, which have nothing to do with Paxton’s public duties, allegedly occurred.

When Collin County District Attorney Greg Willis recused himself from the Paxton case in 2015 due to his close personal ties to Paxton, the local court could have (and arguably should have) referred the matter to the (elected) district attorney of an adjoining county to be handled at no cost to Collin County taxpayers. (Under the law, effective September 1, 2015, that course of action is now mandatory.) Remarkably, however, Collin County district court Judge Scott Becker decided to hire two lawyers in private practice, who live and work in a major city over 200 miles away. The selection of Schaffer and Wice was thus highly questionable on its face, and Judge Becker has refused to provide an explanation. So much for transparency and accountability.

But it gets worse. Even when private counsel are chosen, by statute discretionary appointments of “attorneys pro tem” — i.e., court-appointed lawyers — are subject to strict fiscal limitations: they must “receive compensation in the same amount and manner as an attorney appointed to represent an indigent person.” Article 26.05 of the Texas Code of Criminal Procedure states that “All payments made under this article shall be paid in accordance with a schedule of fees adopted by formal action of the judges of the …district courts trying criminal cases in each county.” Courts are authorized to adopt fee schedules for this purpose, and in Collin County, appointments of criminal defense counsel for indigents are subject to specific (and fairly modest) fee limits for particular tasks, such as pleas, pre-trial preparation, and trial itself.

To protect the taxpayers, judicially-prescribed fee schedules for court-appointed counsel sensibly keep the lawyers on a short leash; otherwise, every indigent defendant could insist on an O.J.-style Dream Team defense, at a ruinous cost to the taxpayers.

Judge Becker’s appointment of Schaffer and Wice imposed no such fee limits, just a blanket authorization of $300 an hour apiece for all time spent — an invitation for abuse. (Because the prosecution team now includes a third member, Nicole DeBorde, the aggregate cost to the taxpayers is actually $900 an hour.) As will be seen in future installments, Schaffer and Wice are quite adept at abuse, including incessantly leaking facts to the press in violation of a gag order and even divulging confidential grand jury information.

Collin County taxpayers sued and successfully challenged the payment of unlimited amounts of money to Schaffer and Wice without any fee schedule being imposed. The Fifth Court of Appeals agreed that Collin County judges exceeded their authority and failed to protect the taxpayers from being forced to pay excessive fees by allowing an arrangement amounting to a blank check. Moreover, authorizing unlimited payments to the special prosecutors makes it impossible for Collin County’s governing board to accurately project expenses and budget accordingly.

Unlike the cornucopia of taxpayer bounty lavished on Schaffer and Wice, Paxton is responsible for paying his own defense costs, which have been substantial. And adding to Paxton’s ordeal, there is a Catch-22. It is obvious that if Paxton were just an estate-planning lawyer in McKinney, Texas (his occupation prior to being elected AG in 2014), he would never have been charged or indicted; Paxton was targeted only because he is a high-profile elected official, and a rising star in conservative circles statewide. Yet, because the alleged crimes do not involve his duties as an elected official, Paxton is not allowed to use campaign funds (or, according to the Texas Ethics Commission, donations from out-of-state) to defend himself. Thus, to avoid personal bankruptcy, Paxton has been forced to rely on gifts from personal friends to fund his defense.

And, when a particularly generous supporter, businessman James Webb, made a large ($100,000) gift to help Paxton defend himself, Webb was subjected to a baseless “bribery” investigation instigated by Paxton’s political opponents. Webb was ultimately exonerated, but not before media outlets hostile to Paxton reported the investigation with lurid insinuations of wrongdoing. The message to Paxton’s supporters was unmistakably clear: those wishing to help the embattled Texas Attorney General would face retaliation.

In contrast to the relentlessly unfavorable coverage of Paxton and his defense, the Texas press corps (with the exception of Jon Cassidy at the Texas Monitor) have overlooked major peccadillos by the hired-gun prosecutors.

For example, in January 2017, a federal judge in an unrelated case disqualified — and thereby removed — Schaffer as defense counsel in a racketeering (or RICO) case against the thuggish president of the notorious Bandidos motorcycle gang, because of Schaffer’s significant prior involvement with the gang, to which Schaffer was on retainer and had represented for 30 years. (Think of the shady dealings depicted in Sons of Anarchy.) In fact, federal prosecutors contended that Schaffer’s ties to the Bandidos were so extensive that he was an “unindicted co-conspirator” in a criminal enterprise that included murder, drug dealing, robbery, extortion, and other crimes. For decades, in other words, one of Paxton’s inquisitors served as consigliere to an organized crime syndicate! News stories about the Bandidos case invariably failed — or consciously refused — to note Schaffer’s role in the Paxton prosecution. One would think it newsworthy to point out that an unindicted co-conspirator in a RICO case was prosecuting the Attorney General of Texas!

Another scandalous oversight by the Texas press corps was their failure to report that Schaffer regularly billed time to the Paxton case while he was traveling out of the country on frequent photography junkets. Jon Cassidy scooped the story in the Texas Monitor, through old-fashioned investigation, comparing Schaffer’s itemized invoices with his Facebook posts. Despite the close attention other media outlets have given to the case, none of them reported on the apparent discrepancy of Schaffer billing the taxpayers while hobnobbing on vacation in various exotic locales around the world.

Readers may wonder how Schaffer and Wice were able to perpetrate their shenanigans. Surely there was a neutral judge presiding over the case to rein them in? Sadly, the answer is no. Until Tarrant County Judge George Gallagher was ordered removed from the case, he rubber-stamped every position advanced by Schaffer and Wice, serving as a de facto member of the prosecution team, and rendering the proceedings a farcical kangaroo court.

Gallagher’s most egregious ruling came in April 2017, when he ordered the case transferred from Collin County — Paxton’s home county and the locus of the alleged crime — to a venue hundreds of miles away, Harris County, which is dominated by Texas’ most liberal city: Houston. Remarkably, Schaffer and Wice sought the change of venue because the special prosecutors believed that the jury pool in Collin County, which Paxton had represented in the legislature for 12 years, was too sympathetic to the defendant. The duo’s unseemly stunts and exorbitant billings had alienated the very community that they purportedly represent! Gallagher obligingly moved the case to a distant city where the predominately-Democrat jurors would be less favorably disposed toward Paxton. So much for the Sixth Amendment’s guarantee of an impartial jury trial by one’s peers.

Coming next: What was the motive for the witch hunt? Stay tuned.