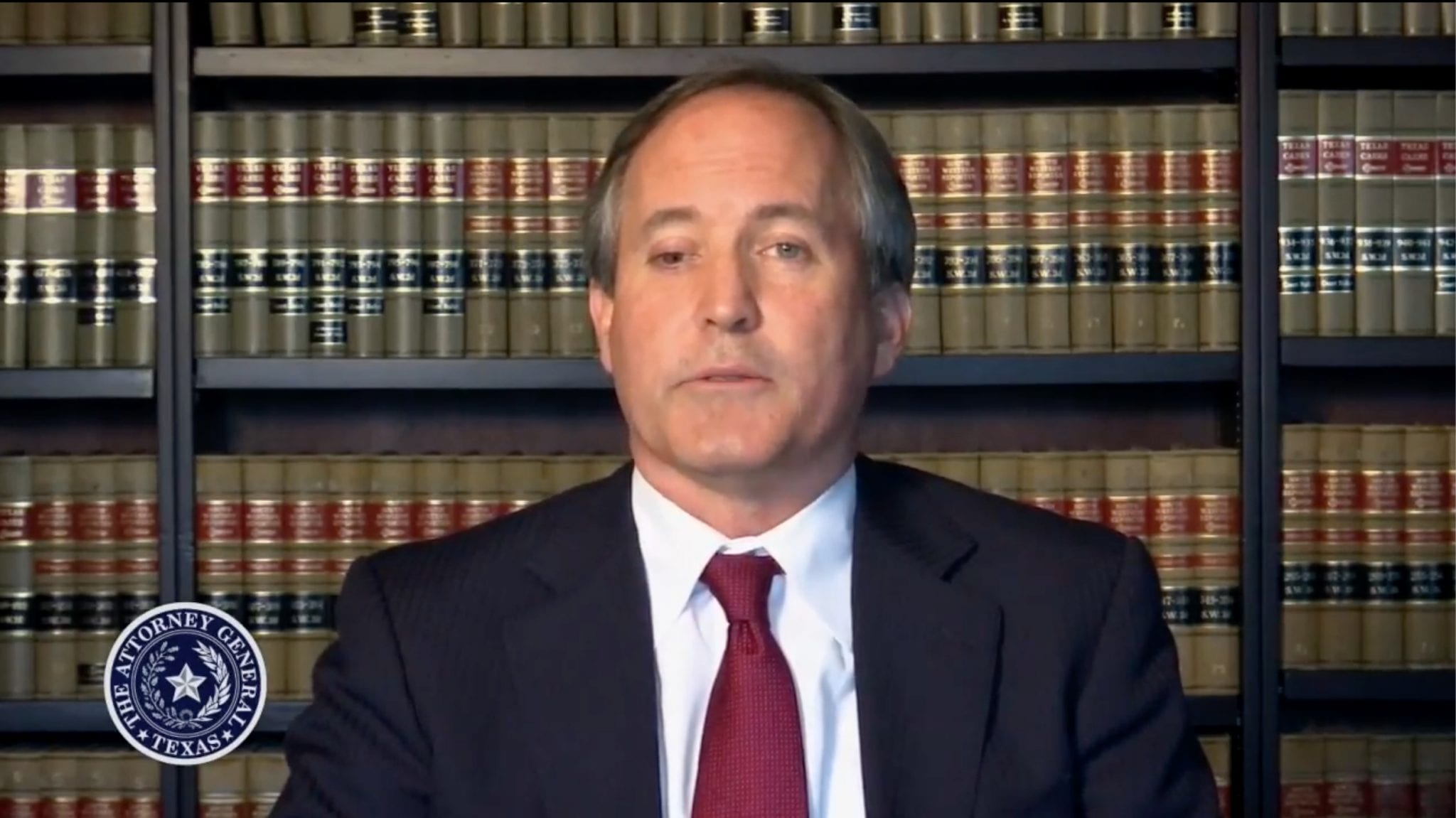 In the annals of “lawfare” — the weaponized use of the legal system to punish a political enemy — one must distinguish between a random “drive-by” motivated by spite or revenge, versus carefully orchestrated schemes calculated to achieve regime change: removal of an elected official by defeated rivals. Both types of lawfare constitute a serious abuse of the legal system, but the latter variety — exemplified by Wisconsin’s notorious “John Doe” investigation into Gov. Scott Walker’s campaign and the baseless prosecution of Texas Gov. Rick Perry for carrying through on his threat to veto a bill — amounts to an attempted coup d’état, representing a dire threat to representative democracy.

In Texas, Attorney General Ken Paxton currently faces such a politically motivated gauntlet, with the obvious goal of removing him from the post to which he was elected in 2014 (or, lacking that, damaging his prospects for higher office). The spurious criminal proceedings against Paxton, pending for two-and-a-half years, have — in contrast to the Walker and Perry cases — garnered relatively little national attention to date. The Wall Street Journal commented on the case in August 2017 (“Texas Political Prosecution”), about the same time that National Review took notice of Paxton’s travails.

Jon Cassidy, a Houston-based reporter the Texas Monitor, has been following the case in The American Spectator (here and here), and I wrote about it in City Journal (here and here), but the story has not generated nearly the coverage it deserves. As the case drags on, I will endeavor to dissect the case in a series of articles. The first one focuses on how duplicitous prosecutors fraudulently procured the indictment against Paxton.

Paxton’s ordeal began the same way Perry’s did, and before that the bogus prosecution of former House Majority Leader Tom DeLay — with the filing of a vindictive complaint by the left-leaning Texans for Public Justice, a plaintiffs’ bar-funded advocacy organization accused by critics of being “a political attack machine masquerading as a public interest group.”

No matter how groundless or transparently malevolent, in the right hands any charge can launch a witch hunt. Thus, the trumped-up TPJ complaint — based on a trivial paperwork violation dating back to 2011 and 2012, unrelated to Paxton’s public duties as a then-legislator, and for which he had already paid a $1,000 administrative fine — was seized upon by Paxton’s political opponents in Collin County to conduct an investigation, appoint two Houston-based criminal lawyers in private practice as mercenary prosecutors (at the rate of $300 an hour, with no ceiling), and then convene a grand jury. Not surprisingly, given the ease of indicting a proverbial ham sandwich, on July 7, 2015 the prosecutors emerged with a felony indictment against Paxton.

Each step of this process was questionable, but the uniformly liberal press corps in Texas, eager to see a Tea Party favorite get his come-uppance, dutifully looked the other way (and in some cases actively cheer-led the unseemly spectacle).

The charges against Paxton — ultimately morphing into three felony counts — were and are risible. Until now, no one had ever been prosecuted for such a paperwork violation (failing to register as a “representative” with the Texas State Securities Board for referring his estate planning clients to an investment adviser) after entering into a routine administrative settlement. The other two counts, serious felonies each carrying potential prison terms of up to 99 years, are based on a dubious legal theory — the duty to disclose one’s own financial arrangement when soliciting investors on behalf of a start-up business — that has twice been rejected as a matter of law in a parallel civil case brought against Paxton by the Securities and Exchange Commission (SEC). The SEC case, presided over by a federal judge appointed by President Obama, was dismissed with prejudice. And in December 2017, the former CEO of the start-up company in question, Servergy, was cleared of fraud charges in a separate SEC action.

So how did the highly paid rent-a-prosecutors, Kent Schaffer and Brian Wice, manage to finagle an indictment on such flimsy grounds? A recently disclosed court record makes it clear that Schaffer and Wice brazenly deceived the grand jurors. (Because grand jury proceedings are conducted in secrecy, without the participation of defense counsel, unscrupulous prosecutors have enormous leeway to exaggerate or even fabricate their case.)

The leaked documents, ignored by the Texas press corps with the exception of the Texas Monitor, strongly suggest that Schaffer and Wice fabricated the date of the alleged paperwork violation (which has a three-year statute of limitations), leading the grand jurors to believe that Paxton’s referral of his clients to an investment adviser occurred on July 18, 2012, whereas the prosecutors had in their possession written proof that the referral occurred no later than June 26, 2012. At the time the grand jury met, on July 7, 2015, the failure-to-register charge was already time-barred, so the prosecutors apparently manufactured a false date for the alleged violation a few weeks later to bring it within the time deadline.

Moreover, the prosecutors also misled the grand jurors regarding the applicable definition for “investment adviser representative,” the status that Paxton allegedly held at the time he referred his clients, supposedly triggering the obligation for Paxton — an estate planning lawyer — to register with the state securities board. The prosecutors failed to provide the grand jurors with the correct definition (contained in federal regulations which “preempt” state guidelines), which clearly specify that merely making periodic referrals without giving specific investment advice does not constitute “representative” status requiring registration. Even if the charge was not time-barred, therefore, Paxton plainly did not meet the applicable definition of “representative.”

In addition, because the investment adviser to which Paxton referred his clients was registered with the SEC pursuant to federal regulations, under relevant law (concealed from the grand jury), Paxton’s failure to register as a representative — even if required and even if not time-barred — was not a crime. Officials of the state securities board have confirmed that “Mr. Paxton would not have needed to be registered with the state in order to make these referrals during the time period that the firm was SEC registered.”

In order to tilt the balance in favor of indictment for what was, at most, an innocent oversight on Paxton’s part, the prosecutors presented the grand jurors with extraneous and irrelevant information to imply Paxton’s culpability, despite the lack of any evidence of intent on his part. The prosecutors cited Paxton’s lengthy tenure as an attorney, and even his 92 score on the state securities board test, as “evidence” of his guilt!

When these astonishing facts were presented to the trial judge assigned to the case at the time, George Gallagher (who was subsequently removed from the case), as grounds to dismiss the paperwork violation, in March 2017, Judge Gallagher summarily denied the motion, without comment.

The state securities board’s chief administrative officer, Securities Commissioner John Morgan, responsible for enforcing the rules that Paxton is charged with violating, previously stated that the Paxton case “has turned into a political football. I mean, the facts are unremarkable here.” When “unremarkable facts” lead to a three-count felony indictment, politics are surely at work.

In forthcoming installments, I will discuss the prosecutors’ extraordinary motion to change venue in the case because of their concerns that Collin County jurors would be too sympathetic to Paxton; the mercenary prosecutors’ attempt to force taxpayers to pay them unlimited amounts to conduct this witch hunt, without any accountability to the taxpayers footing the bill; and the cozy relationship between the hired-gun prosecutors and certain members of the Texas press corps (who literally serve as PR flacks for the prosecution), despite the existence of a gag order.

This case, if a fictional vignette, would be John Grisham meets George Orwell, with a surreal element of Franz Kafka and Lewis Carroll to boot. But Paxton’s nightmare is real. The prosecutorial overreaching described above is chilling enough, but the reader should keep this in mind: If the top law enforcement officer of the state of Texas can be subjected to this type of witch hunt, what hope would an ordinary citizen have to fight back? The obvious answer is, none at all.