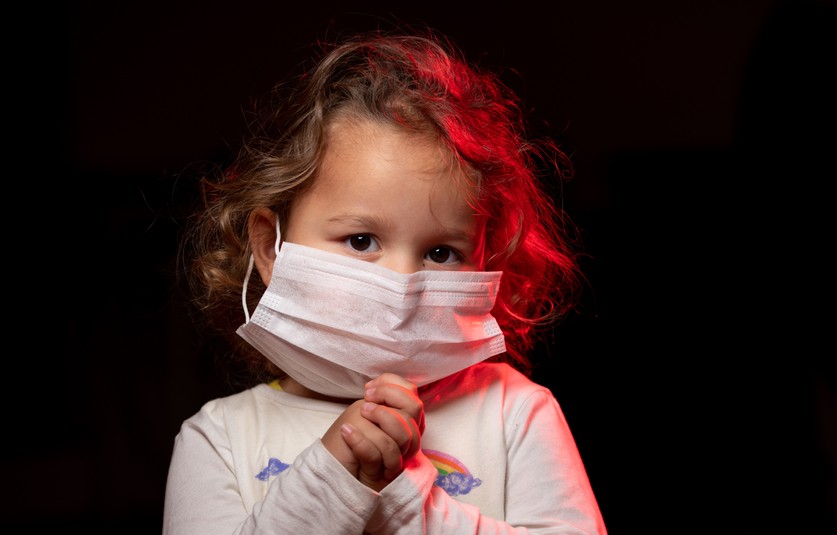 After the Centers for Disease Control and Prevention’s announcement that individuals fully vaccinated against COVID-19 do not need to wear masks in most public places, almost all jurisdictions that had not already lifted laws or emergency orders requiring masks did so. But neither the CDC nor the jurisdictions lifted the mandates everywhere. Schoolchildren, mass transportation users, and air travelers must continue to wear muzzles. And for that, we can thank Big Labor.

Normally, when one refers to Big Labor muzzling people, one is referring to things like the provisions in the PRO Act that limit the speech of employers opposed to their staffs unionizing. But this time the labor-ordered muzzles are quite literal. In the cases of recalcitrant, pro-mask jurisdictions, schools, and interstate travel, the special interest group aggressively pushing continued mask mandates is organized labor.

We begin with public schools, which — where the teachers unions have deigned to allow them to open in person — have in some places come to resemble prisons with socially distanced lines of masked children under the watchful eye of uniformed police. Sure enough, Randi Weingarten, while telling the world that this time she’s serious that all students should be in school five days a week, is sticking with the school-as-prison model, writing that “unvaccinated kids must wear masks.”

This is not for children’s benefit. The observed data demonstrates that children are at such low risk from SARS-CoV-2 (the virus that causes COVID-19 disease) that 2020–21 may have been the safest pediatric respiratory illness season on record, a result that holds even in jurisdictions like Sweden that did not compel mask use. But despite the fact that statistically, unvaccinated children are at less risk from COVID than vaccinated adults, Weingarten, the teachers unions, and a CDC whose advice has been compromised when not literally written by the teachers unions insist that children stay masked.

If the teachers unions’ motivations for extensive mask orders are anything like their motivations for extensive school lockdowns, which some local unions like United Teachers Los Angeles have been foolish enough to state plainly, they are engaged in straightforward extortion. Sure enough, in her widely reported public relations campaign to cover up teachers unions’ obstinacy opposing reopening schools, Weingarten continued to demand “decreasing class sizes,” bringing in more teachers and more union dues.

Continuing our tour of Big Labor–backed mask mandates brings us to the recalcitrant jurisdictions. Some states, including Maryland, Minnesota, and Oregon, that pursued harsh lockdowns and brutal school closures in order to “contain” COVID-19 elected to follow the CDC’s lead and lift their state-level mask mandates. But New Jersey, led by labor-union-backed Democrat Gov. Phil Murphy, did not. And the special interest group loudest in its praise of that decision was the United Food and Commercial Workers (UFCW) labor union. Marc Perrone, the union’s president, warned that “we cannot let our guard down.” For good measure, Perrone demanded that other states retreat back into muzzle-mandates and perhaps even strict lockdowns, saying, “UFCW is calling on governors to follow the lead of states like New Jersey and Hawaii that are keeping these life-saving mask mandates in place.”

And now we reach our final destination — while masked, by order of the federal government on the lobbying of the Association of Flight Attendants division of the Communications Workers of America (AFA-CWA), the major labor union perhaps most closely aligned with the American new-socialist movement.

President Joe Biden entered office with a challenge to mask up for 100 days as vaccination proceeded, issuing an executive order mandating mask-wearing by passengers on public transport and interstate mass transit, including airlines. But the 100-day mark came and went, and the order was not lifted. Instead, Biden extended it until September at the earliest. This occurred despite widespread criticism of how the order has been enforced, with two-year-olds and three-year-olds with developmental disabilities being kicked off airplanes for not wearing masks properly despite World Health Organization guidance recommending that children under six never be forced to wear masks. But parents and certainly young children have no voice in the Biden administration nearly as strong as AFA-CWA, which lobbied for and cheered the president’s reversal of his 100-day assurance.

And like the UFCW, the AFA-CWA’s justification for pushing extended mandates even for the vaccinated was ostensible safety. But these private-sector unions lack the power to extort the public that the teachers unions have demonstrated, so what gives? It is likely a deep-seated ideological “safetyism” common to hard-progressives like AFA-CWA president Sara Nelson, who bragged that she could get “selfies” with left-wing Sens. Bernie Sanders and Elizabeth Warren during the 2020 presidential primaries. Sometimes, when UFCW-backed Gov. Murphy says that he would keep a pointless, unproven annoyance in place “if it saves just one life,” he means what he says — and he and his union backers will keep imposing mandates that go well beyond any reasonable cost-benefit analysis.

So the next time you, or your child, is needlessly baking your face this summer behind some t-shirt material or a piece of paper, thank unions.

Michael Watson is the Research Director at Capital Research Center in Washington, D.C.