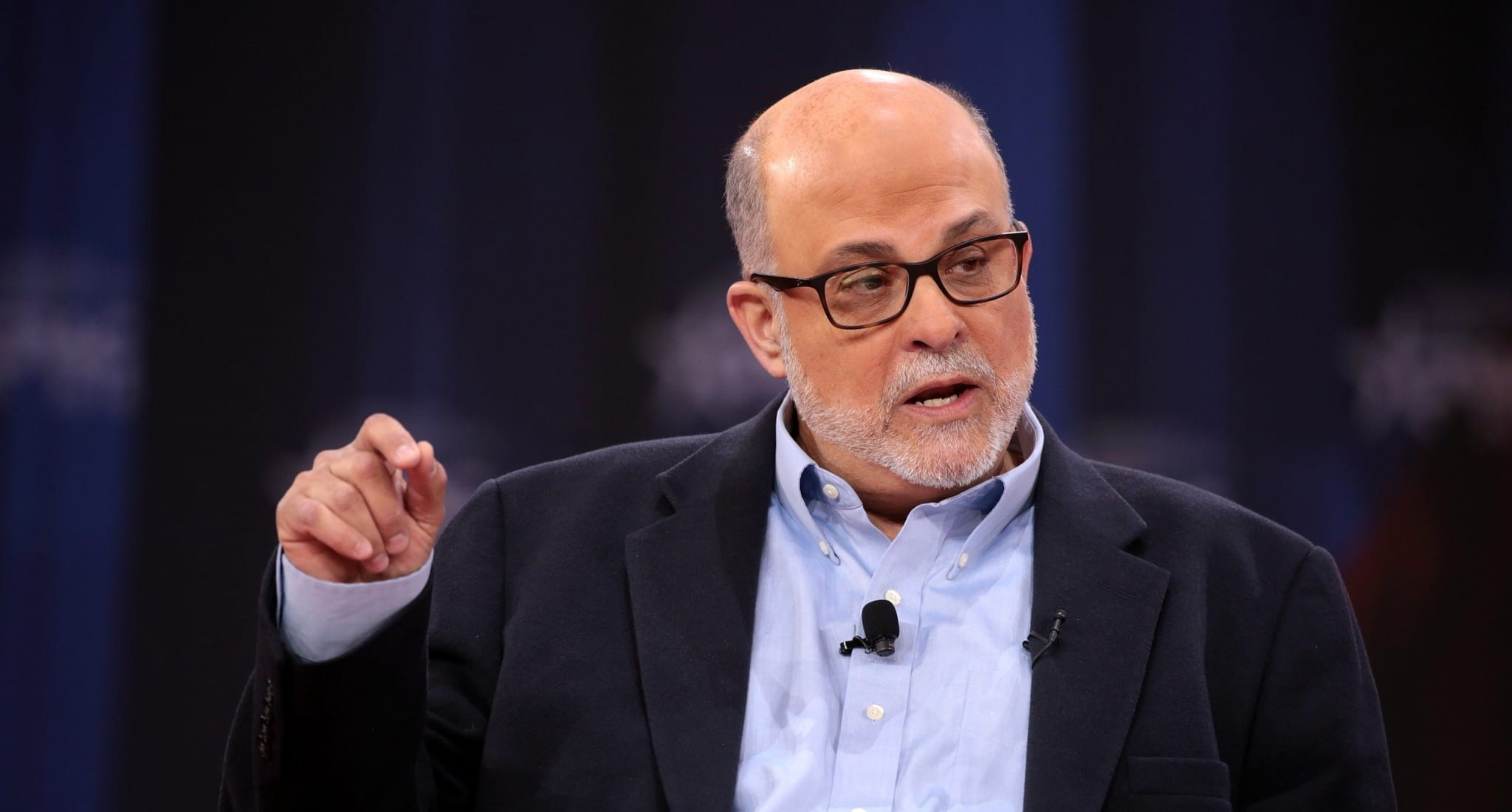 His very first chapter in his new book, American Marxism — “It’s Here” — opens with a seriously precise description of the challenge America faces:

The counterrevolution to the American Revolution is in full force. And it can no longer be dismissed or ignored, for it is devouring our society and culture, swirling around our everyday lives, and ubiquitous in our politics, schools, media, and entertainment. Once a mostly unrelatable, fringe, and subterranean movement, it is here — and it is everywhere.…

The counterrevolution or movement of which I speak is Marxism.

It is Marx’s Communist Manifesto, recall, that famously divided the world into “oppressor” and “oppressed.” Levin astutely notes that the use of this formula in today’s America by the Left means that “Either you are part of the righteous revolution for liberation and transformation or you are not.” This explains, “but only in part, the cowardice of corporatists, professional athletes, broadcasters, artists, actors, writers, and journalists who, in the face of such tumult, buckle under the pressure, seek to avoid the mob’s notice through various forms of appeasement and capitulation, and in some cases participate in their own transfiguration and even disembowelment.”

No more prescient description could be made of an event that occurred before American Marxism‘s release (its official publish date is next week) — the ostentatious corporate campaign against the Georgia voting law that saw Major League Baseball’s All-Star Game summarily removed from Atlanta. The CEOs for Atlanta-based Coca-Cola and Delta Airlines quickly denounced the law — although quite notably they were stone silent about stricter voting laws in Delaware, President Biden’s home state. This was a vivid example of Mark’s description of corporations buckling under the pressure “to avoid the mob’s notice.” (And in this case it specifically damaged the black-owned businesses of majority-black Atlanta.)

In discussing the role of mobs, Mark zeroes in on the “Marxist-anarchist ideology” of Antifa and Black Lives Matter. In fact, well after Black Lives Matter’s popularity had surged in 2020, a 2015 video surfaced that revealed BLM co-founder Patrisse Cullors describing herself and her fellow BLM organizers as “trained Marxists.”

Truth counts. Mass movements, Mark also notes, “rely significantly on indoctrination and brainwashing.” Which is exactly the case with BLM and Antifa.

American Marxism has an entire chapter devoted to “Hate America, Inc.” In it, Mark explains the long history of those who have openly pushed the Marxist agenda in America’s colleges and universities. He writes that the “progressive intellectuals of the late 1800s” were hostile “toward capitalism and the constitutional-republican system that established barriers against tyrannies of various kinds, including that which is born from the mob or centralized autocracy — and, of course, what would become known as progressivism.”

On the eve of American Marxism’s publication, America had just passed through the traditional July 4 holiday. And Mark’s description of the results generated by “Hate America, Inc” was on vivid display. The headline on the July 6 New York Post was nothing if not a confirmation of Mark’s point: It read,

Liberal politicians and commentators took special joy in celebrating July 4th by denouncing America. The Statue of Liberty was not a symbol of freedom but a symbol of hypocrisy. The flag was polarizing. The national anthem doesn’t speak for everyone (or anyone).

Among the remarks by these Hate America Marxists was this jewel of a tweet from Democrat Congresswoman Cori Bush of Missouri:

When they say that the 4th of July is about American freedom, remember this: the freedom they’re referring to is for white people.

Bush was answered by Republican Texas Sen. Ted Cruz, who precisely echoed Mark Levin’s point: “Hateful, divisive lies. The Left hates America. Believe them when they tell you this.”

American Marxism also lasers in on critical race theory (CRT), correctly calling it what so many outraged parents across the land have seen as it is taught to their school-age children. Mark writes, “In short, CRT is an insidious and racist Marxist ideology spreading throughout our culture and society.”

the two best-selling proponents of CRT, Robin DiAngelo and Ibram X. Kendi.… CRT begins with the presumption that race is the primary way to identify and analyze people and consequently posits a racial hierarchy that supposedly exists with whites on top and blacks at the bottom. Individual behavior is insignificant because everyone in America functions within a society of systemic racism, structural racism, and institutional racism.

Not only is this correct, but in fact DiAngelo and Kendi and CRT itself are nothing more than recycled George Wallace-ism. Wallace, for those who came in late, was the 1960s-era Democrat governor of Alabama who proudly proclaimed he supported “segregation today … segregation tomorrow … segregation forever.” Or, in other words, Wallace, as with CRT proponents, believed that “race is the primary way to identify and analyze people.”

American Marxism is, without question, a very important and valuable book. It is exactly the right book at the right time.

There is more in American Marxism than discussed here — oh, so very much more. It ends with Levin addressing the reader directly:

In the end, it is up to you to decide how best to help actively save our republic and what role you will choose…. While this is the end of the book, it is the beginning of a new day.

History records that after the Japanese attacked Pearl Harbor, the Japanese Admiral Isoroku Yamamoto supposedly said, “I fear all we have done is to awaken a sleeping giant and fill him with a terrible resolve.”

It is indeed safe to say, as all those television images of angry American parents protesting CRT at school board meetings vividly illustrate, that in fact the sleeping giant of patriotism in Americans is now wide awake. Mark Levin’s radio and television shows and his authorship of books like this one play no small role in that awakening.

As American Marxism plainly states, it is indeed “the beginning of a new day.”