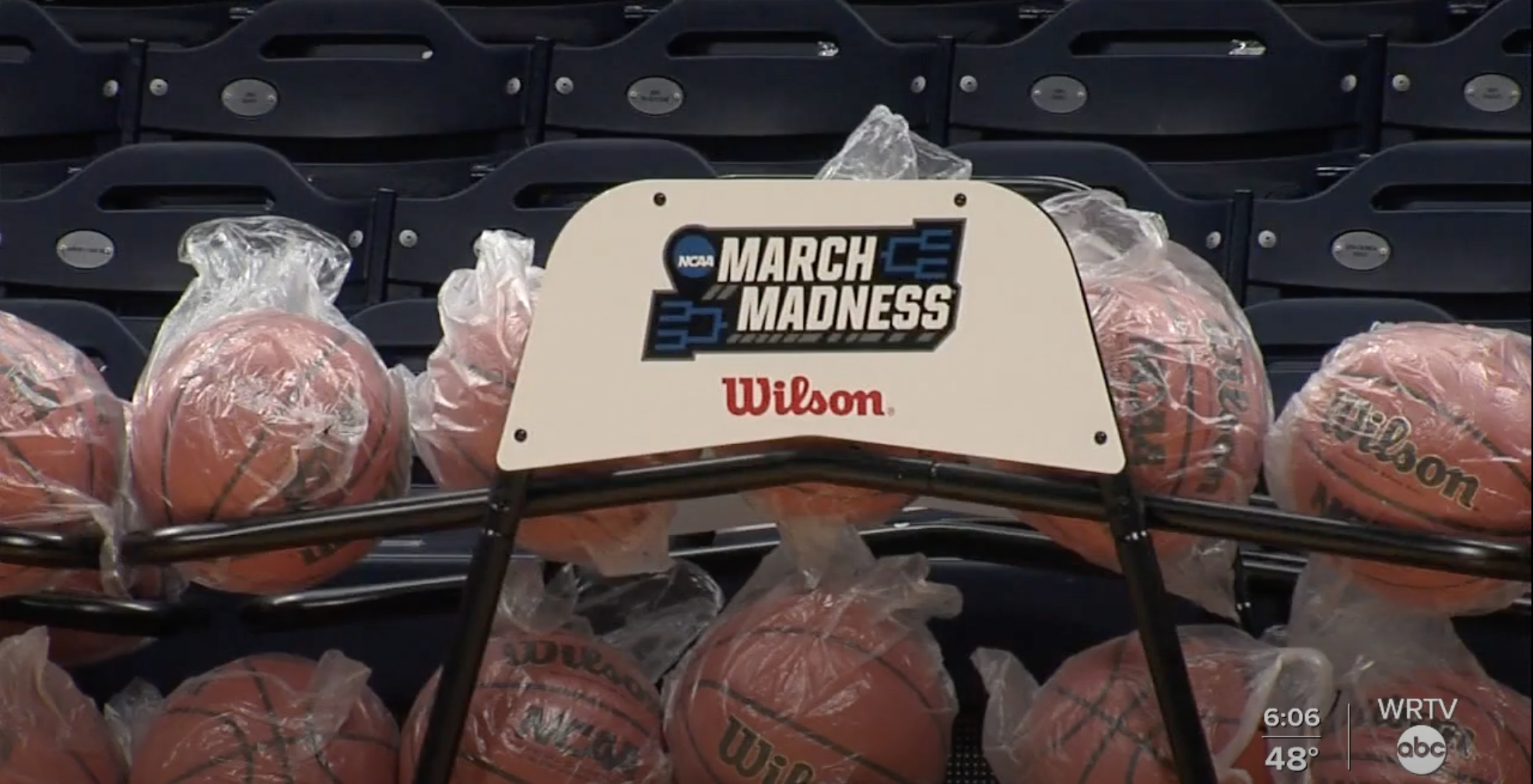 Many of the usual markers were there. Bracketology still ruled the airwaves leading up to Selection Sunday — the usual pundits opining with customary authority on which schools were “on the bubble” and which were “locks” to make the 68-team field. ESPN’s Joe Lunardi posited his “last in” and “first out” teams as normal. The CBS selection show went off without a hitch. Fans and nonfans alike penciled in winners on their paper brackets in a way reminiscent of March Madnesses past. And, as always, talk was heavy with mentions of potential “Cinderellas” and “bracket busters.”

In many ways, this year’s NCAA Division I men’s basketball tournament will be like all the others. With one big exception: we are still in the throes of a pandemic.

And that means COVID protocols will be in place. You know the drill by now: lots of rules. Restrictions. Testing. Ubiquitous hand-sanitizing stations. Social distancing. Masks.

Rather than the normal coast-to-coast geographical spread of tournament sites, this year’s event will be confined to one state, Indiana, and, with the exception of a few early games, one city, Indianapolis.

The teams themselves will live in a quasi-bubble, not unlike the constricted environment the NBA imposed on its teams during its abbreviated season last summer.

Put it this way: players and coaches will not be “hitting the town.” They’ll be confined to their hotels and practice facilities in a manner that would send a frisson of delight up the spine of a Democrat governor. Said Dana O’Neil, a writer for the Athletic: “But there’s not, ‘Go for a walk outside on the canal and enjoy walking around Indy.’ That’s just not a thing, they are not allowed. They don’t want coaches even to go for a jog.” Even their elevator trips in their hotels will be planned and coordinated.

And everybody will be tested … and tested. Seven consecutive days’ negative tests are required for teams, coaches, and traveling parties just to get to the tournament. Once at the game sites, players must quarantine (which means no practice) until they test negative on two tests administered at least 12 hours apart. But on the bright side: unlike in conference tournaments and the regular season, a single positive test will not knock a team out of the event. As long as a school can put five warm, COVID-free bodies on the court, it can play. In fact, it must play. The alternative is forfeiture.

What about fans? The good news is, fans will be allowed in the stands. The bad news: there won’t be very many of them. And they’ll be sitting in funky little pods socially distant from one another, no doubt properly masked. The NCAA also announced that “cleaning, disinfecting and safety measures will be a priority.”

Facility authorities will make the call on how many fans are allowed in the arenas, with a maximum of 25 percent capacity. Most sites will be allowing from 2,000 to 5,000 fans, with Lucas Oil Stadium, scene of the Elite Eight, Final Four, and Championship Game, a football stadium seating 70,000 for basketball, permitting the full 25 percent allotment, 17,500.

Thus is one of the great blights of these tournaments — at least of the Final Fours — turned into a positive. Since 1997, Final Fours have exclusively been played on a basketball court thrown down on the floor of a football stadium. Playing in these big barns has been an aesthetic nightmare for fans and a performance challenge for players. Seating capacity is enormous — 76,168 watched the championship game in Phoenix in 2017 — and those sitting up high might as well be watching from their man caves. After all, they don’t even watch the court, they watch a video screen. Player performances — particularly shooting percentages — are adversely affected by what has been termed the “dome effect.” Lighting is different from that in a 10,000- or 12,000-seat gym; shooting backgrounds are radically different. In the 2011 championship game, in Reliant Stadium in Houston, Connecticut shot 34.5 percent from the floor; Butler, 18.8 percent.

But 17,500 fans can make a lot more noise than 2,000 or 5,000. And, in this COVID year, fan participation, fan noise, fan excitement has been one of aesthetic pleasures the virus has stripped from the game. During the season some schools piped in crowd noise, and cardboard cutouts “peopling” the seats became de rigueur. More living, breathing bodies in attendance in Lucas Oil Stadium, even if masks muffle their screaming, even if social distance dilutes their collective enthusiasm, bring the event closer to what a big basketball game should be.

Around midnight on April 5, it will all be over. The final buzzer of the final game will sound. Jim Nantz will stand on a raised dais at mid-court and wave a microphone in the face of a jubilant coach; players donning special championship hats and T-shirts will clown with each other under a waterfall of confetti. The “One Shining Moment” video will play, the TV hosts will bid an evocative adieu, and another March Madness will be in the books.

It will be but a simulacrum of years past — the arena will be largely fanless, the noise manufactured, hugs and handshakes will perforce be brief if they happen at all, masks will be ubiquitous, and we will be reminded at every turn how strange everything was in this Year of the Virus.

Is it unrealistic to close our eyes and visualize March Madness 2022 … and see not a single mask?