by Larry Thornberry
Manny Ramirez with the Red Sox, May 14, 2008 (Keith Allison/Wikimedia Commons) 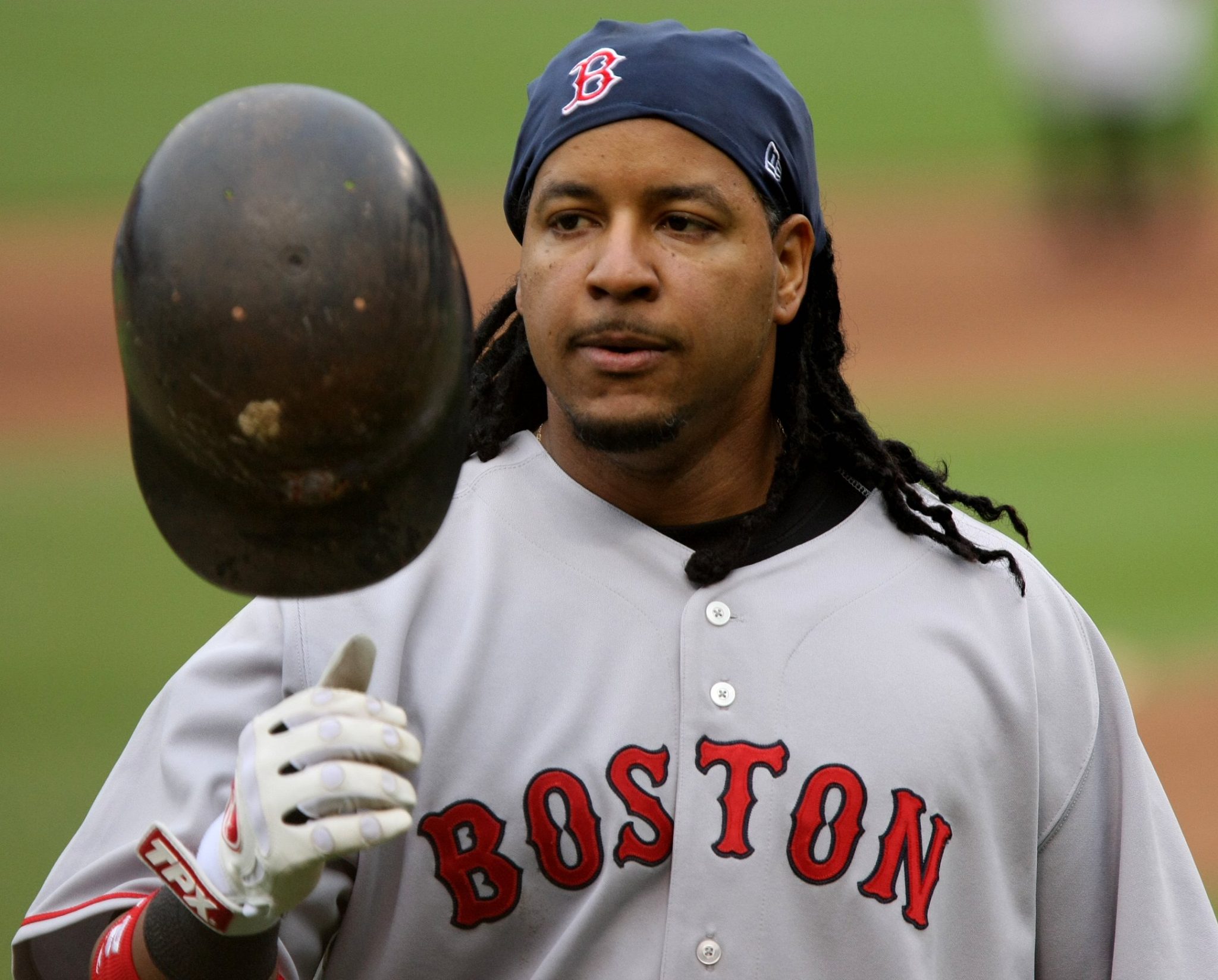 Manny Ramirez is changing his Sox. At the advanced baseball age of 48, the former flaky phenom of the Boston Red Sox has signed to play ball this season for the Sydney Blue Sox of the eight-team Australian Baseball League.

Barring a hitch or an injury, Manny will be Manny down under from now until February. Australia being upside down and backwards, they play baseball there from December through February.

What Manny’s motive could be for joining a league where the average player salary is about $1,200 a month, and where baseball is a third-tier sport, is not clear. (“Third tier” meaning Aussies like Australian-rule football, rugby, cricket, tennis, and basketball more than they like baseball.) Does he really believe that at 48 he could make his way back to the Major Leagues through Australia? Or does he just like to play baseball?

Whatever Manny’s motive, Blue Sox owner Adam Dobb has pronounced himself pleased with the arrangement. In Manny’s one-year deal with his latest Sox — no financial arrangements revealed — he even has a no-trade clause. So if he gets off to a slow start he doesn’t risk being traded to the Walkabout Creek Crocs.

“The buy-in from Ramirez has been magnificent,” Sydney field manager Shane Barclay said. “Just watching him swing a bat you’re going, ‘There’s no way this guy is 48.’ He’s an incredible athlete. He’s legit and here to play. He’s bought in in every way. He’s going to hit some long balls this season.”

That’s to be seen. But I wouldn’t urge betting against him. For all the off-plumb behavior through his long baseball career, Manny has always worked hard at his game, especially his hitting.

Manny enjoyed a sensational 19 years in Major League Baseball, in which the quirky player was known both for great hitting and flaky behavior. The latter gave birth to the expression “Manny being Manny.” Most of the mercurial Manny’s on-field eccentricities were more fun-loving than malicious. Here’s one of his more famous moments: after making a great catch in the outfield, he high-fives a fan before throwing the ball back to the infield to complete a double-play. And here’s more Manny being Manny. My favorite of this last batch is the Dominican-born Ramirez running on the field carrying a small American flag the day after he was sworn in as an American citizen.

Manny’s career ended with 555 home runs, a .312 batting average, and two suspensions for performance-enhancing drugs, the second of which effectively ended his MLB career in 2011. His career began with the Cleveland Indians (soon to be the Cleveland Something Else thanks to pro sports’ PC hall monitors and cowardly ownership). But he’s best known for his sensational years with the Red Sox, when he and David “Big Papi” Ortiz made for one of the most potent one-two punches in Major League history.

Manny’s pharmaceutical transgressions, even though they happened late in his career, account for why Manny is not yet Manny in Cooperstown, despite Hall of Fame numbers. The sports writers who choose Hall of Fame honorees don’t cotton to those who ever played juiced.

After his MLB days, Manny has had difficulty walking away from the game. In 2013, Manny hit .352 with eight home runs in 49 games with the EDA Rhinos of the Chinese Professional Baseball League in Taiwan. His best quote to come out of this experience was, “The trouble with hitting a home run in the Chinese League is that two hours later you want to hit another one.” (OK, I made that up. He didn’t say it. But he should have.) In 2017, Manny signed a contract with the Kōchi Fighting Dogs in Japan, but a knee injury put an end to this experiment.

A few years back I caught an Australian Baseball Championship Series game on ESPN. Or maybe it was MLB-TV. It had to have been in late February or early March. I’d put the level of play at about High-A ball here. Most of the players were locals, but there were several gringo minor leaguers in the game. Some American players, mostly those trying to make their way to the bigs, prefer playing winter ball in Australia to playing south of the border because they habla Ingles down under. An odd-sounding Ingles with some peculiar expressions, but English nonetheless. And I’m sure Manny can learn to say “G’day, mate.”

The ball yard was about the size of low minor league parks in America. I’d put the crowd at about 7,000. Those in attendance seemed to be pretty baseball-savvy, cheering or groaning in the right places. This was the first TV baseball I saw that year, so I enjoyed the game. There was some confusion early on when the speed gun numbers at the bottom of the screen kept giving triple-digit readings. It didn’t look to me that these pitchers were throwing that hard. Then it dawned on me: the readings were in kilometers.

So put another shrimp on the barbie. (Maybe two.) Manny’s on his way. I wish him the best in whatever he’s trying to accomplish in Australia, which may be no more than having a good time, something he’s always been good at. Manny and a good time go together like pizza and beer. And unless Manny has run through all of the $200-plus million he was paid over the years playing Major League ball, I wouldn’t worry about him keeping body and soul together on $1,200 a month. Whatever happens between the white lines in Sydney, bet on it to be a show to remember. I hope Manny’s presence is enough for some sports network to broadcast some Blue Sox games. If one does, I’ll tune in for sure.