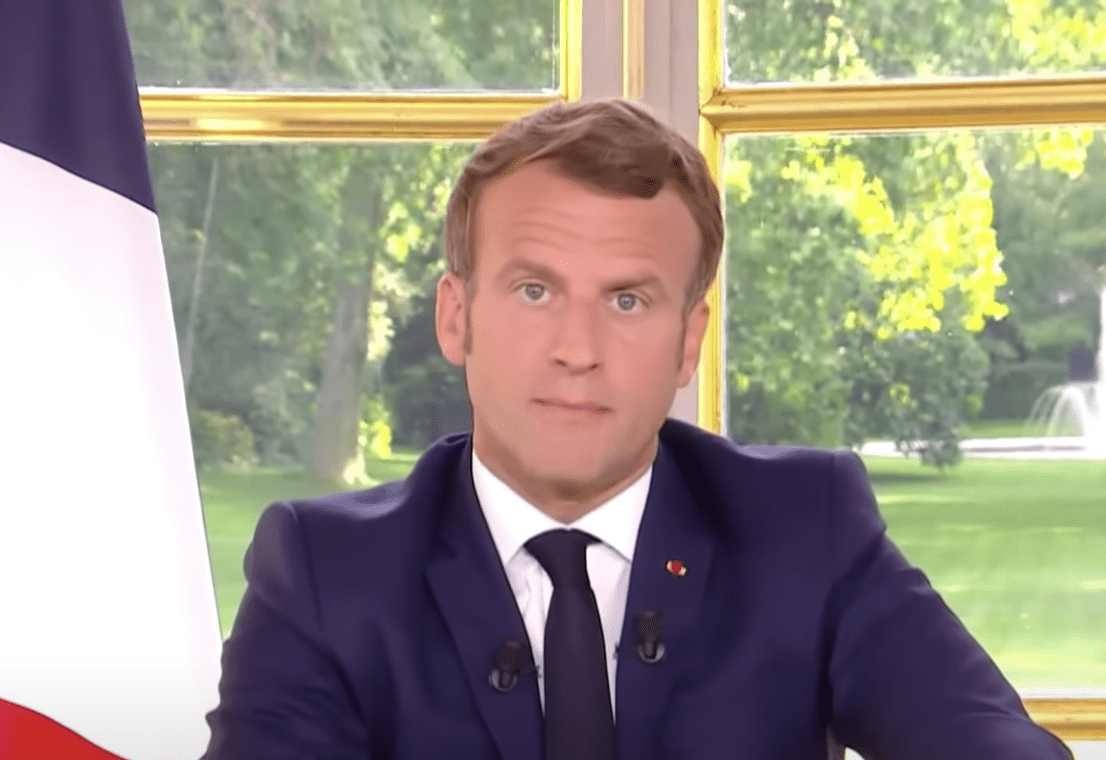 The destruction of public monuments currently raging on both sides of the Atlantic has found an unlikely new opponent in the form of liberal French President Emmanuel Macron.

Addressing French citizens in a televised speech on Sunday from the Élysée Palace, Macron had been slated to discuss COVID-19 and the economy but was compelled by the protests over George Floyd’s death currently raging in the country to broaden the scope of his remarks. He pledged to be “uncompromising in the face of racism, anti-Semitism and discrimination,” but then warned, “the republic will not erase any trace, or any name, from its history … it will not take down any statue.”

The statement has come at a time when it seems that the practice of defacing and destroying statues en masse, once the exclusive privilege of violent revolutionaries, has become a favored pastime of progressive activists. The Black Lives Matter–enforced wave of statue removals in America this year quickly spread to the UK. Belgian activists, not to be outdone by their Anglophone counterparts, tore down a statue of King Leopold II in Brussels last week.

Vandalism of statues has been likewise rampant in France, including notably the defacing of a statue of Charles de Gaulle in the north of the country. So far, however, no statues have been destroyed, at least in the metropolitan areas — protesters in the overseas territory of Martinique toppled two statues of abolitionist (and colonialist) Victor Schoelcher on May 22, before George Floyd’s death.

Macron appears to be trying to occupy what little overlap exists between social progressivism, which he incessantly promotes, and the regality that his presidency aspires to. Jupiter incarnate certainly does not want to be remembered as responsible for erasing any of France’s rich cultural heritage.

There is also the economic angle: France is deservedly a tourism powerhouse, and a substantial part of its appeal comes from its statues and monuments. I can personally attest to this, given that one of my fondest memories of Paris was the towering Jeanne d’Arc statue. (I can also attest to spending a lot of money.) France was already struggling with the effects of COVID-19 on international travel before the protests began. The last thing the tourism industry needs right now is for the Arc de Triomphe to be graffitied.

Of course, Macron deserves some praise for having a sensible philosophy on this issue. He has asserted that acceding to the demands of activists would lead to a “hateful” rewriting of history, and implied that the protests had been cynically weaponized by “separatists.” Judging from the situation in Seattle on this side of the Atlantic, the man is right on both counts.

Quite unlike certain American leaders in Washington, French authorities have matched words with actions, committing substantial police resources to protecting statues that have been targeted by protesters.

So give Macron some credit — though not too much credit. After all, he wasn’t able to make it through his speech without insisting that French society is racist. He’s surely smart enough to know that this sort of accusation will only serve to kindle future protests and riots. Will anyone be around to save the statues then?