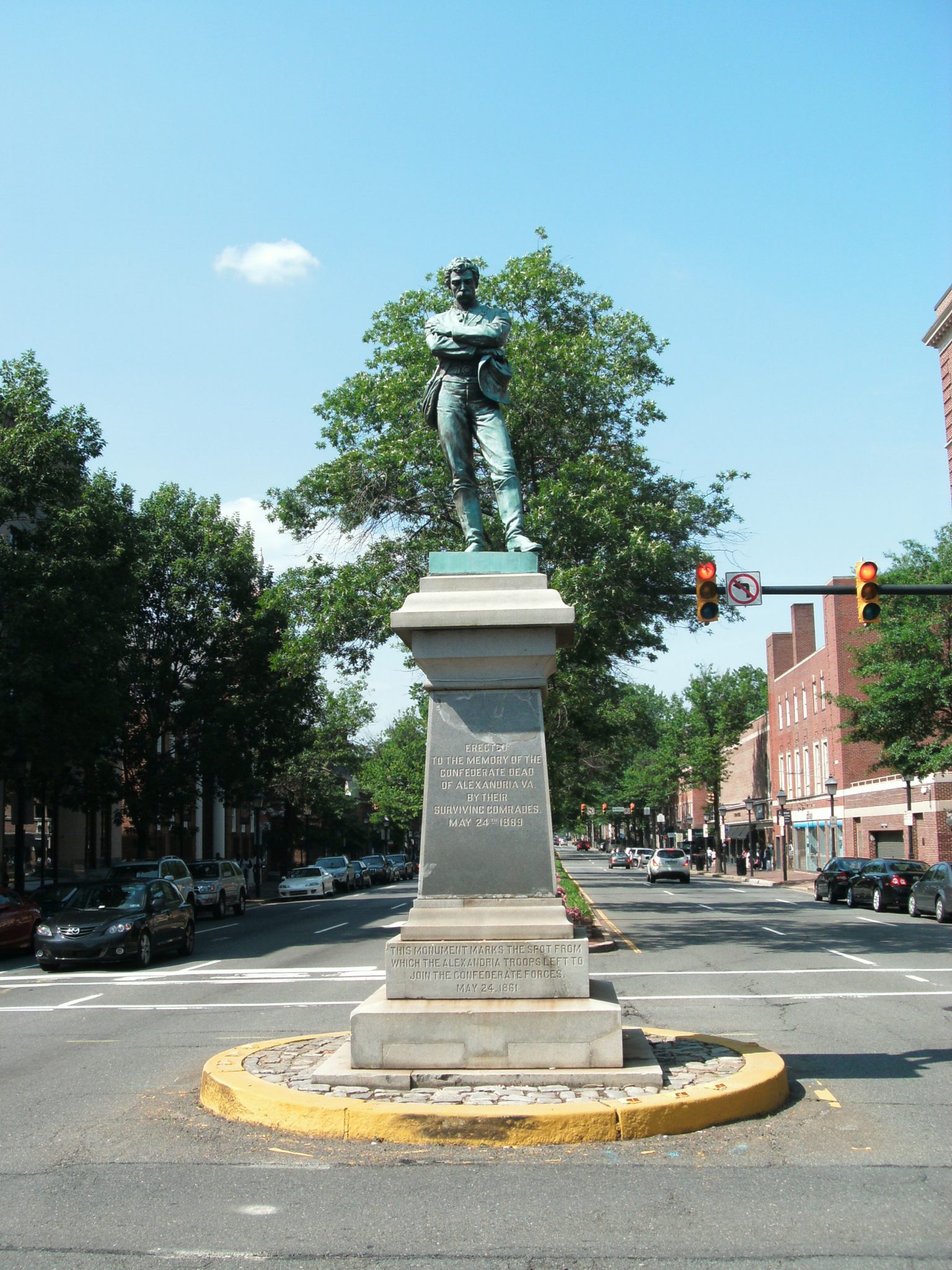 On Sunday evening, demonstrators protesting the death of George Floyd defaced and toppled a statue of Confederate officer Charles Linn, which had stood in a public park in Birmingham, Alabama, since being installed in 2013 by a charity.

The destruction of this Confederate monument is but one in a sequence of such vandalisms that have swept the nation’s southern states in the past week. The Confederate Soldiers and Sailors Monument in Birmingham was defaced before authorities disassembled and relocated it. A Confederate monument on the University of Mississippi campus was vandalized Saturday evening by protesters. A statue of General Robert E. Lee in Richmond, Virginia, has likewise been a target of vandalism, along with Confederate statues in North and South Carolina. A 131-year-old statue of a Confederate soldier in Alexandria, Virginia, was removed before any harm could come to it. In addition, a statue of Thomas Jefferson in Birmingham was set on fire, and a statue of Mayor Frank Rizzo of Philadelphia was graffitied. These latter figures, although not associated with the Confederacy, were vandalized for the same reason — their perceived racist attitudes and actions, called to attention in light of George Floyd’s death.

Those who would have memorials of the Confederacy removed argue that their presence causes civil unrest, while advocates of their staying put argue that they are symbols of state heritage. Protesters adamantly claim that the statues’ removal will alleviate some racial tensions; others are skeptical that the mere relocation of marble and bronze will solve any underlying social problems.

But what should be quite uncontroversial is that the deliberate destruction of public property is not an appropriate mode of protest, besides being illegal. It isn’t said nearly enough, but by defacing and toppling Confederate statues, these protesters are doing a far worse injustice than the states may have done by erecting them. This country was built upon the Lockean idea that property, both private and public, is sacred, and nothing — not anger, not resentment, not unrest — can justify its violation. To vandalize property is to scorn a sacred principle of the American system and to reject one of the premises upon which our nation was founded, and one of the reasons why it has become so prosperous.

In a republic, if citizens disagree with their government’s actions, they are free to use their vote to change the way government makes its decisions. But one of the things that enables a civil society to function is that its citizens agree to submit to the state’s judgment, even when they believe said judgment to be in error. It is this general agreement that keeps our civilization, even to this day, from descending once again into a Hobbesian nightmare. But by vandalizing these statues, some protesters have shown that they will not abide by the government’s decisions and are willing to break the law to prove it. This spurning of the rule of law is toxic to the health of any republic and, if it carries on unpunished or is even encouraged by officials, will continue to grow until bronze statues are not the only things getting hurt.

History is rife with examples of revolutions that have disregarded basic rights to life and property. Such chaos has been commonplace since the French Revolution and the subsequent Reign of Terror. The events then and in many revolutions since serve as grim reminders that no matter how righteous one’s cause may be, going beyond the law to address one’s grievances can easily upset a nation’s social and political order and lead to devastating and deadly unforeseen consequences.

Whether in Birmingham or anywhere else, property, public and private, must be protected. If these Confederate statues truly are stirring up the discord accredited to them, then they should be removed in a manner to be determined by law — the citizens of any of these states are free to change their laws and their representatives. And, if this is what citizens decide to do, then, regardless of whatever social value is lost or gained, there is nothing criminal in it. But the wanton defacement and destruction of public property witnessed this week is as inexcusable as it is unlawful and unethical, and such vandalism must not be permitted to continue.