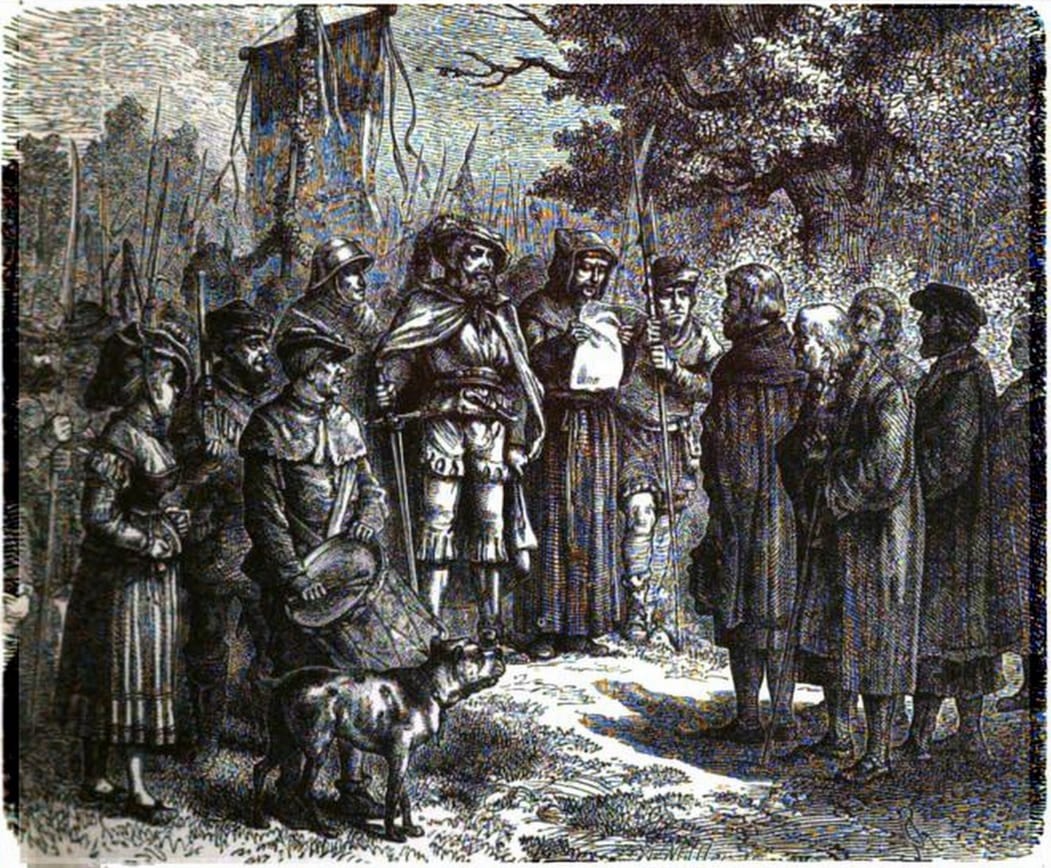 History might not quite repeat itself, but it certainly does offer reboots of past classics. This week’s debut of the Capitol Hill Autonomous Zone, a six-block site of an anarcho-communist insurrection in Seattle in which an armed cabal of Antifa loons chased the local police out of a precinct building and cordoned off what had been a relatively upscale area nearby to City Hall as a little slice of Marxist utopia amid the racism and brutality of one of America’s most thoroughly Democrat cities, might have seemed like something new.

It isn’t. And the results are entirely predictable.

Antifastan, which is a far more apt moniker for the Left’s newest little shop of horrors in Seattle, should never have been allowed to come to pass. It’s the culmination of years of weak leadership by that city’s mayor and its city council, which have been dominated by Democrats since the last Republican mayor of the city left office in 1968. The current mayor of Seattle is an open lesbian second-generation Democrat political hack named Jenny Durkan, elected in 2017 after another Democrat political hack, Ed Murray, threw in the towel rather than seek reelection. That’s likely Durkan’s fate, as she’s allowed herself to hit the exacta of urban Democrat governance failure: virulently anti-business public policy married with a weak-spined approach to the radical millenarian leftists among her voter base.

Similarly atrocious urban Democrat leaders like Jacob Frey and Lori Lightfoot have, until this week, stolen Durkan’s thunder for the sheer magnitude of riots, looting, and property damage they’ve allowed in their cities, with Frey providing perhaps the starkest moment of failure when he was bullyragged away from a large public gathering for the sin of failing to support a full disbanding of that city’s police department Minneapolis’ city council had delivered a veto-proof majority for just a day or two earlier. But Lightfoot might have topped Frey for sheer calamity, as a call with Chicago’s aldermen devolved into a torrent of invective and obscenity as one of them unloaded on her for failure to stop the rioting, which has all but destroyed the commercial sector on the city’s south side.

Neither one of them have had a separate country brew up within the city limits, though, which gives Durkan something of a checkmate against the competition … at least so far.

In Antifastan, you’ve got a little bit of everything. You have the abdication of the city’s police, which abandoned a precinct building to the Antifa rioters — unlike in Minneapolis, whose Third Precinct was torched (and all the contents of its evidence room torched with it), in Seattle the East Precinct was simply boarded up and abandoned. Perhaps it’s too rainy in King County for a good blaze. You’ve also got armed Antifa goons working patrols having declared the place a cop-free zone; one suspects the training and command of constitutional law might be lacking in Antifastan’s new law enforcement personnel. You have the little warlords in charge making lots of demands of the city and state government — 30 of them, to be exact, which cover everything from the abolition of not only Seattle’s police but its entire judicial system, the emptying of the jails, the “de-gentrification” of the city of Seattle, free college for everybody in Washington as a form of reparations to black people (without a recitation of how black people are helped by free college that everybody else gets as well), and even that the hospitals and health-care clinics in Seattle provide black doctors to treat black patients.

But those aren’t the only demands. It seems that Antifastan would like to order out as well. This, from one of the denizens of the new jurisdiction, who goes by the brilliantly unattractive Twitter handle of @anarchomastia (who we are given to believe is a person of, shall we say, exotic tastes in sexual behavior and gender):

the homeles [sic] people we invited took away all the food at the Capitol Hill Autonomous Zone.

Those damned ungrateful “homeles.” When are they ever going to be down with the cause?

We’ve seen attempts at Little Utopias brought on by armed mobs before. Perhaps the best example, outside of the less-colorful Paris Commune of 1870, would be the Münster Rebellion, in which a crazed sect of Anabaptists seized control of that northwest German city in 1534 and abolished law and order and private property, shortly assigning the various females under their jurisdiction to the care of the male citizens as plural wives while also shortly running out of foodstuffs. The local bishop, a rather intolerant fellow named Franz von Waldeck, was rather put off by having been ousted courtesy of the heretical zealots.

So von Waldeck promptly laid siege to the city and ultimately tortured and executed the leaders of the rebellion, whose military performance matched closely the expected prowess of the soy-fed shock troops of Antifastan.

All in all Münster didn’t fare too badly; it was restored to market economics and the rule of law in 18 months, which is a quite more successful record than Democrats can offer with respect to, say, Detroit.

But Bishop von Waldeck’s methods, which included nailing the testicles of beheaded utopian leaders to the city gates, won’t likely be repeated when Antifastan does finally fall. Depending on your perspective, that might be a pity.

On the one hand, perhaps all this is relative. One is tempted to believe the Münster Anabaptists were made of sterner stuff than the current crop of radicals. The Anabaptists’ demands included compulsory rebaptism, the outlawing of currency, and the banishing of Catholics; there is little evidence they required vegan meat substitutes and soy.

On the other hand, Jenny Durkan is no Bishop von Waldeck. It might require leadership from out of town to put an end to Antifastan.