The Jan. 6 Committee Won’t Be Intimidated

We are focused on facts, not rhetoric, and will present them no matter what our critics say.

Facts are stubborn things, as President John Adams famously said. He went on: “Whatever may be our wishes, our inclinations, or the dictates of our passions, they cannot alter the state of facts and evidence.”

No, they can’t. But the disingenuous Cheney is giving it the old college try as she pursues her anti-Trump vendetta. 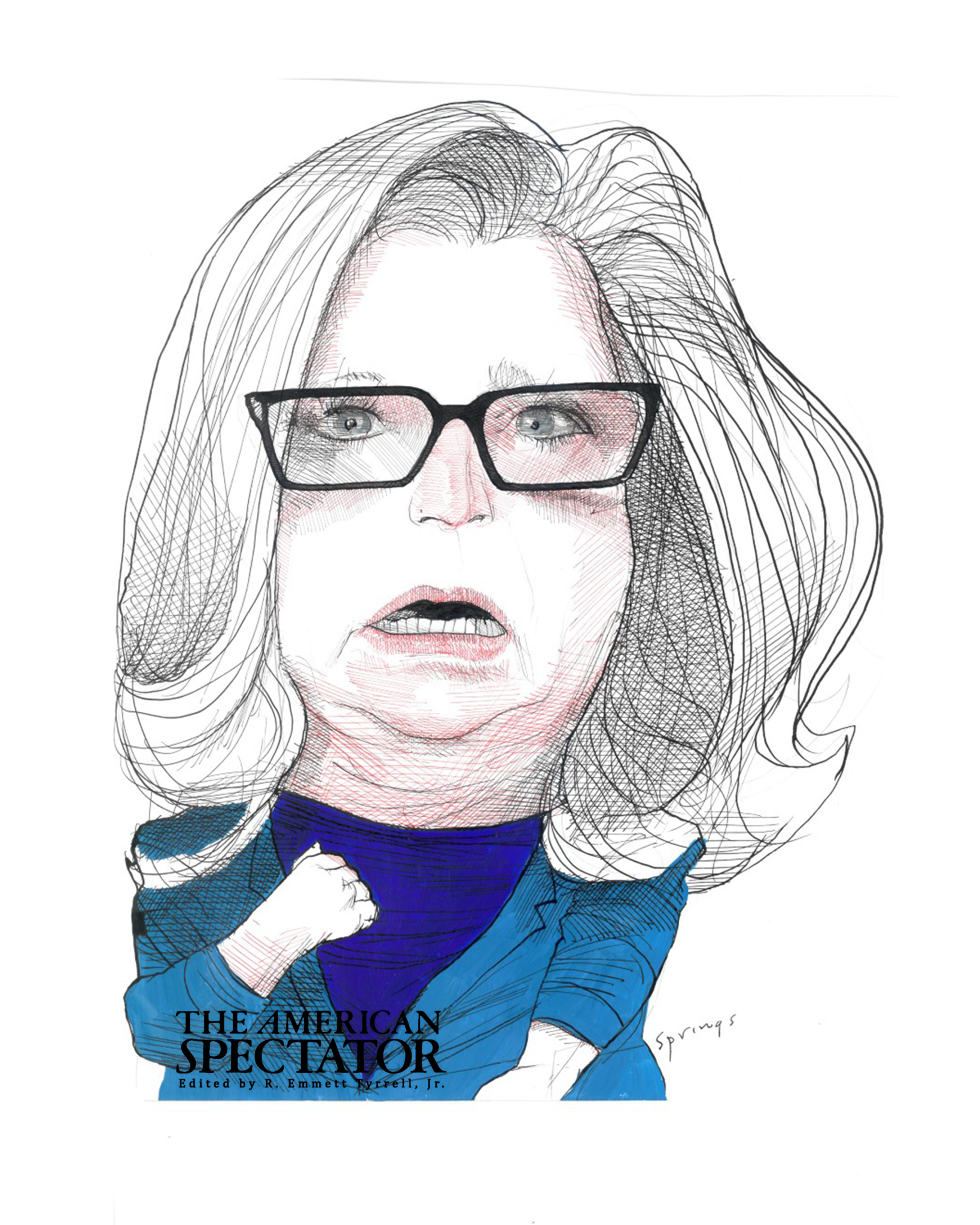 Adams’ wisdom comes to mind in reading Cheney’s Wall Street Journal article and comparing it to what she and her fellow “Republican” on the January 6 Committee, Illinois Rep. Adam Kinzinger, have actually said and done on the subject. These stand in sharp contrast to Cheney’s claims of a “just the facts” investigation in her article.

Cheney begins by saying this:

I keep on my desk a copy of the oath my great-great-grandfather signed when he re-enlisted in the Union Army in 1863. Like the oath given by all those who serve in government and every member of our armed forces, Samuel Fletcher Cheney swore to “support and defend the Constitution of the United States against all enemies foreign and domestic.”

One suspects Cheney’s great-great-grandfather is somewhere shaking his head at what a descendant of his, a sitting member of the United States Congress, has been up to. The true “facts” are that she’s really “focused” on involve aiding and abetting the seizure of the cellphone records of more than one hundred American citizens.

These records contain data on “tens of thousands of moms, children, clergy, reporters, and Republican and conservative influencers who were in touch with everyone from White House aides to prominent activists,” as my colleague Melissa Mackenzie reported in The American Spectator. She points out that “It is unconstitutional for any congressional body to pursue criminal investigations.”

She also notes the ill-disguised real purpose of the January 6 Committee:

The select committee’s stated purpose is to explore better ways to keep the Capitol building secure and create policies that do so. That’s not what Nancy Pelosi and her minions are doing. They’re conducting a massive data-gathering expedition to create a blacklist of Trump allies, and, if possible, set up criminal charges against them.”

That is not only decidedly unconstitutional but also the methodology of a police state and a vivid example of vendetta politics — and Cheney and Kinzinger have eagerly signed on for it.

Those who do not wish the truth of Jan. 6 to come out have predictably resorted to attacking the process — claiming it is tainted and political. Our hearings will show this charge to be wrong. We are focused on facts, not rhetoric, and we will present those facts without exaggeration, no matter what criticism we face.

The January 6 Committee is “focused on facts”? Really?

Here’s a fact: House Republican Leader Kevin McCarthy has the authority to appoint the Republican members of the committee. His appointments of Reps. Jim Jordan of Ohio and Jim Banks of Indiana were refused by Speaker Nancy Pelosi, who then usurped McCarthy’s authority and appointed Cheney and Kinzinger.

Why? Because she and her fellow Democrats hate Trump. This tactic is called “stacking the deck,” and Pelosi used it to make sure that the committee delivers an anti-Trump verdict.

This immediately established the committee as a Stalinesque show trial. The committee’s investigation is a decidedly un-American proceeding, and Cheney and Kinzinger are active participants.

The committee is curiously selective in the “facts” it decides to pursue. Republican Reps. Lauren Boebert, Andy Biggs, Mo Brooks, Madison Cawthorn, Matt Gaetz, Louie Gohmert, Paul Gosar, Marjorie Taylor Greene, Jody Hice, Jim Jordan, and Scott Perry all have been subpoenaed to “get the facts.” But, strangely, Pelosi has not been subpoenaed. Neither has House Administration Committee member and Democrat Rep. Jamie Raskin, who had responsibility, along with Pelosi, for security of the Capitol on January 6, 2021. Cheney is not demanding the facts from either of them.

Cheney has presented herself and the January 6 Committee as an impartial group of fact-finders. But by her own frequent admissions, Cheney is not even close to having an impartial view of Donald Trump.

She has called Trump “unfit for office,” “dangerous,” a “threat,” and someone who “clearly can never be anywhere near the Oval Office ever again.” Those are hardly the words of an impartial, fact-finding investigator. Those are the words of a leader in a political lynch mob.

Cheney has also offered this biased view on Trump’s response to January 6: “We have a threat America has never seen before. A former president who provoked a violent attack on this Capitol in an effort to steal the election has resumed his aggressive effort to convince Americans that the election was stolen from him.”

To say Trump “provoked a violent attack” is a flat-out lie. I was not at the Capitol on January 6, but I had a literal front-row seat at the White House rally preceding the events at the Capitol. I personally heard the president urge the crowd to protest “peacefully and patriotically.” There was not a word provoking violence. And no one that I saw at the rally — and I have it on video — was urging violence. To the contrary, they were dancing to the rock music blaring from the loudspeakers.

Cheney says the fact that Trump told his supporters to “fight like hell” is an example of his violent rhetoric. Really? Politicians of all stripes use the word “fight” to describe their own political activities. Cheney herself has used the same language repeatedly. For example, in an interview with NBC’s Today Show, she said she was “in a fight to help to restore our party, in a fight to bring our party back to substance and principle and in a fight to make clear that we won’t participate in the really dangerous effort that’s underway.” Three times over she borrowed exactly from Trump. She is a walking example of one rule for thee, another for me.

Cheney’s hypocrisy is incredible. As mentioned above, she is interested in the private communications of all manner of American citizens, but she is curiously completely uninterested in the private communications of Pelosi and Raskin. Where is her demand that they, along with all the members of the committee — including herself and Kinzinger — turn over all their emails, texts, and phone records so that the public can see them? Nowhere. 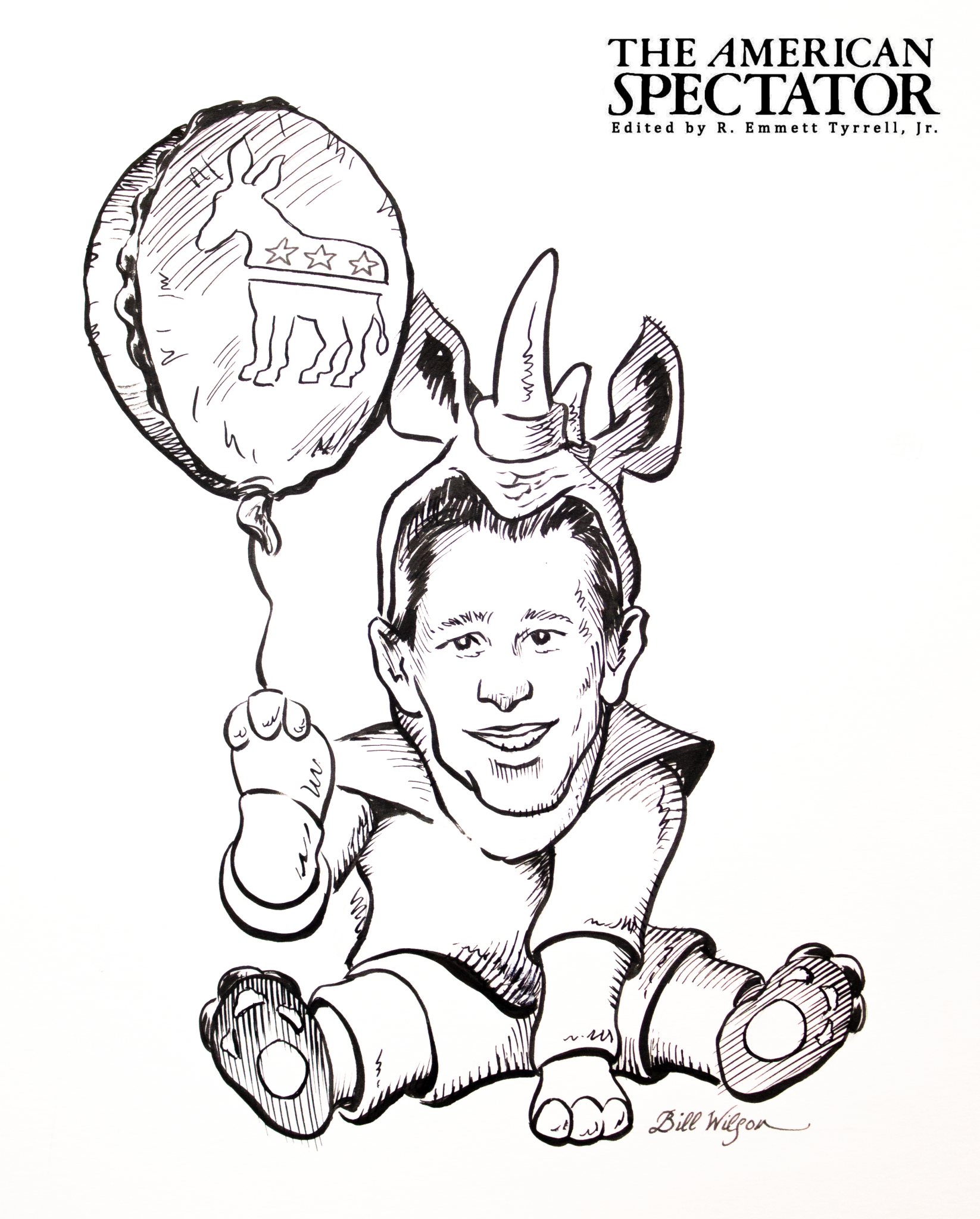 And, of course, if you’re in the media and you oppose the committee, Cheney will make a point of reading your private emails aloud and into the public record — as she did to Sean Hannity and Laura Ingraham. So much for freedom of the press.

Cheney goes on in her Wall Street Journal piece to say this of Trump’s claims of election fraud, which, she argues, provoked the events at the Capitol:

He falsely claimed that the election was stolen from him because of widespread fraud. While some degree of fraud occurs in every election, there was no evidence of fraud on a scale that could have changed this one.

But how would she know how much fraud there was without investigating? As I’ve written, my own state of Pennsylvania has a long record of serious voter fraud. One need only investigate the Pennsylvania elections of 2016, 2015, 2014, 2012, or 2008, or go back even further to 1994, to find people have been indicted and convicted for running massive voter fraud operations.

In 1994, a federal judge even overturned a state Senate election because of a “massive scheme” (the judge’s words) by Democrats to steal the election. But Cheney is completely uninterested in the extensive list of documented facts about fraud in previous Pennsylvania elections, which helps explain why Trump believes that fraud may have influenced the 2020 election, as well.

Cheney ends her article with this unbelievable statement:

Those who do not wish the truth of Jan. 6 to come out have predictably resorted to attacking the process — claiming it is tainted and political. Our hearings will show this charge to be wrong. We are focused on facts, not rhetoric, and we will present those facts without exaggeration, no matter what criticism we face. My friend the late Charles Krauthammer once said: “The lesson of our history is that the task of merely maintaining strong and sturdy the structures of a constitutional order is unending, the continuing and ceaseless work of every generation.” Every generation of Americans has fulfilled its duty to support and defend the Constitution. That responsibility now falls to us.

Say what? Liz Cheney “will present those facts without exaggeration”? The all-too-obvious fact is that the January 6 Committee, with the full cooperation and assent of Cheney and Kinzinger, is nothing more than a vitriolic hit job on Trump and his supporters. They are in no way interested in facts that contradict their anti-Trump narrative. (READ MORE from Jeffrey Lord: The January 6 Committee Indicts Itself)

The words of President Ronald Reagan about dealing with communists come to mind in looking at the words and actions of Cheney, Kinzinger, and their fellow January 6 Committee members as they go about their anti-Trump vendetta:

They … have openly and publicly declared that the only morality they recognize is what will further their cause, meaning they reserve unto themselves the right to commit any crime, to lie, to cheat.