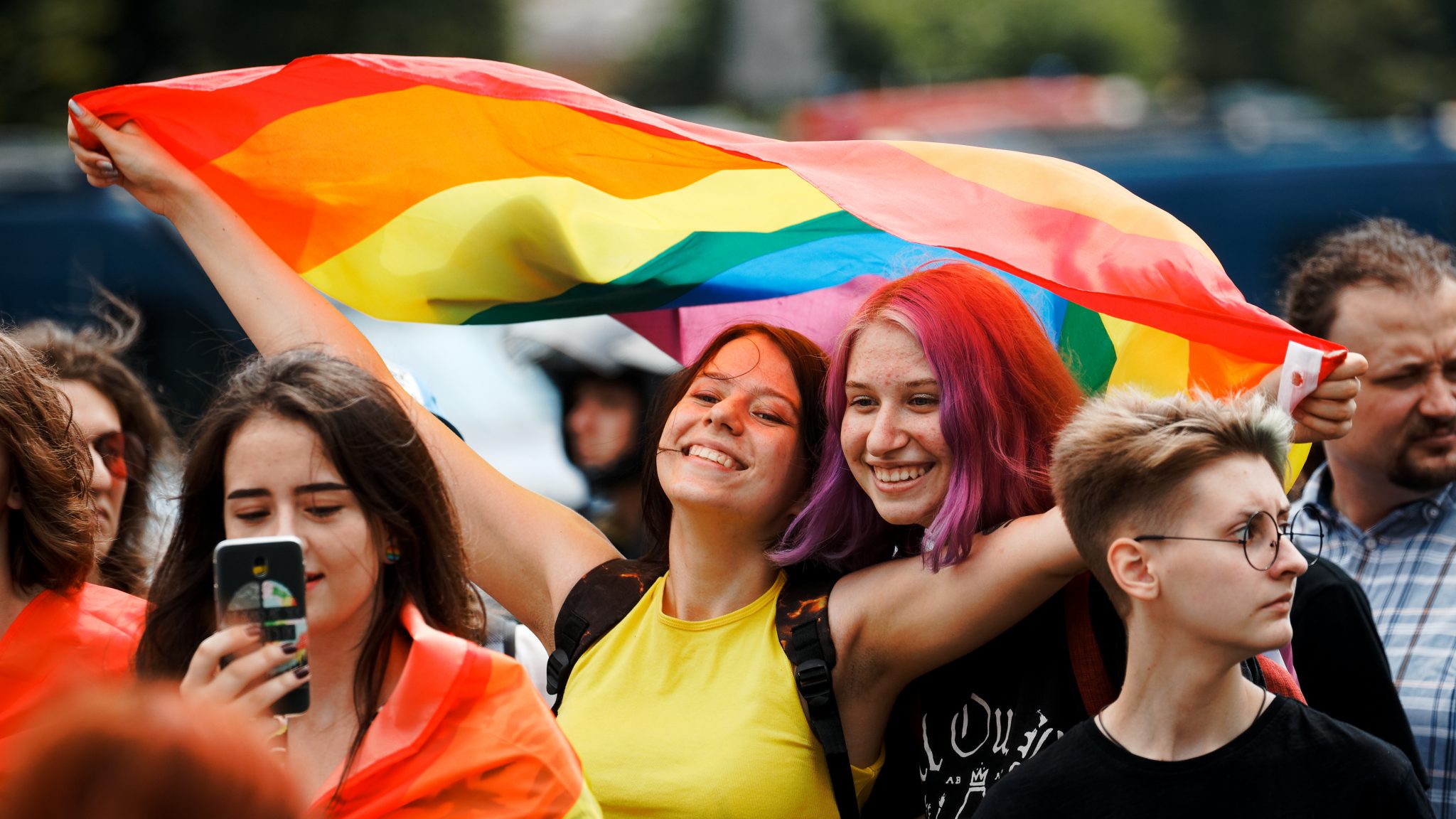 A Gallup survey published last week reveals that LGBT identification among Americans has grown, increasing to 5.6 percent of the population from 4.5 percent in Gallup’s previous update in 2017.

But LGBT identification across groups is not constant, with liberals, young people, and women skewing more heavily towards LGBT identity.

When one examines both age and political identification, a startling trend emerges: young people who are politically liberal identify as LGBT at astronomic rates.

30.7 percent of Gen Z liberal adults, those born from 1997 to 2002, identify as LGBT, Gallup told The American Spectator. This finding has a margin of error of +/- 6 percent.

Never before has such a large proportion of an American generation intended to possibly avoid a heterosexual relationship. And no generation has been so set on, at least possibly, foregoing biological children, making this a change that could reorient the central social experience of family in the United States.

LGBT advocacy organizations explain the increasing numbers of LGBT Americans as the result of tolerance and acceptance empowering people to embrace their true identities. For instance, Sarah Kate Ellis, the president and chief executive of the LGBT group GLAAD, said Gallup’s new survey “prove[s] that visibility and acceptance, when combined, will bust out closet doors.”

Such advocates believe there are more LGBT people “out there”; they just have not come out yet, maybe even to themselves, because of social intolerance to homosexuality and transgenderism.

Along these lines, the Yale School of Public Health published a study in 2019 estimating that 83 percent of the world’s LGBT population is still in the closet, a number found by extrapolating European LGBT populations onto the world, including places where LGBT identification is low, like Asia, sub-Saharan Africa, and the Middle East. This understanding rests on the assumption that being LGBT is an inherent trait constant across populations, and that with increasing acceptance of homosexuality and transgenderism, more people will express LGBT identity.

According to the logic of this argument, there are more conservative Americans who are LGBT than the 2.3 percent of conservatives who identify that way. They simply have not come out of the closet, this theory would contend. Instead, their identity is repressed in a political environment where the majority does not support gay marriage or believe you can change your sex.

In this framework, young American progressives are an ideal sample population to reveal the true frequency at which people are born lesbian, gay, bisexual, or transgender because members of Gen Z who are politically liberal widely accept LGBT identity and encourage people to come out of the closet. This would then indicate that over 30 percent of the world’s population is LGBT.

The opposite theory would be that LGBT identity is socially conditioned, and that over 30 percent of young liberals adopt gay or transgender identities at least in part because those identities are celebrated within young progressive communities. Young liberals today treat LGBT identity as a protected class, grant greater social status to those who are gay and transgender, and even devote an entire month of the year to parades and celebrations promoting LGBT identity. In such an environment, young people could be encouraged to form a lesbian, gay, bisexual, or transgender identity.

In addition, there is an ideological movement in liberal politics that is skeptical of a woman’s traditional role in marriage and motherhood. This skepticism towards marriage is accompanied by an antipathy towards men. Men represent the patriarchy, or a society where only men can be the leaders of commercial, political, religious, and cultural life. Resentment towards this leads women to seek new ways of life where they are free from domination of men.

We then find that huge numbers of young people, particularly liberal women, are identifying as bisexual. Of all Gen Z adults, 11.5 percent say they are bisexual, according to the Gallup survey, which accounts for 72 percent of all young people born between 1997 and 2002 who identity as LGBT.

In this social environment where so many young people are identifying as lesbian, gay, bisexual, or transgender, there is social pressure to conform. One way this manifests is in the increasing numbers of girls and young women who are identifying as transgender. A 2018 study from Brown University found that “rapid-onset gender dysphoria” among young women could be linked to friends who identify as LGBT, and therefore might be a social contagion, or something that is copied by those exposed to the behavior.

Another way we see social pressure on LGBT identity is through young celebrities who promote bisexual or queer identities, and encourage their young fans to freely express their LGBT identity as well. YouTuber JoJo Siwa, actress Lili Reinhart, singer Cara Delevingne, and actress Keke Palmer are all young progressive celebrities who have come out in recent years, promoting their queer identity as a point of pride and receiving adulation from their fans and media attention for their identities.

Siwa, who is 17 years old and came out as a “member of the LGBTQ community” in January, said in her coming-out video, “Right now what matters is that you guys know that no matter who you love, that it’s okay, and that it’s awesome, and that the world is there for you.”

The growing LGBT population among young people, particularly among those who are politically liberal, will make LGBT identity and issues increasingly important politically.

The Biden administration is already making LGBT issues central to its agenda through the effort to pass the Equality Act, which Biden said during the campaign would be one of his “top legislative priorities.” The Equality Act would make sexual orientation and gender identity protected classes in the same way that race is protected, pleasing young progressives who want religious schools and adoption agencies to recognize same-sex marriage, transgender men to be free to use female bathrooms and compete on women’s sports teams, and doctors to be mandated to perform sex-reassignment surgeries.

The division between young liberals and conservatives on LGBT identity — Gen Z liberals are 4.5 times more likely to identify as LGBT than Gen Z conservatives — could lead to even greater political division in the future. Tensions could grow when the political reality is that one side’s desired right — legal recognition across all of society of a gay or transgender identity — conflicts with some others’ views about the right to religious liberty.