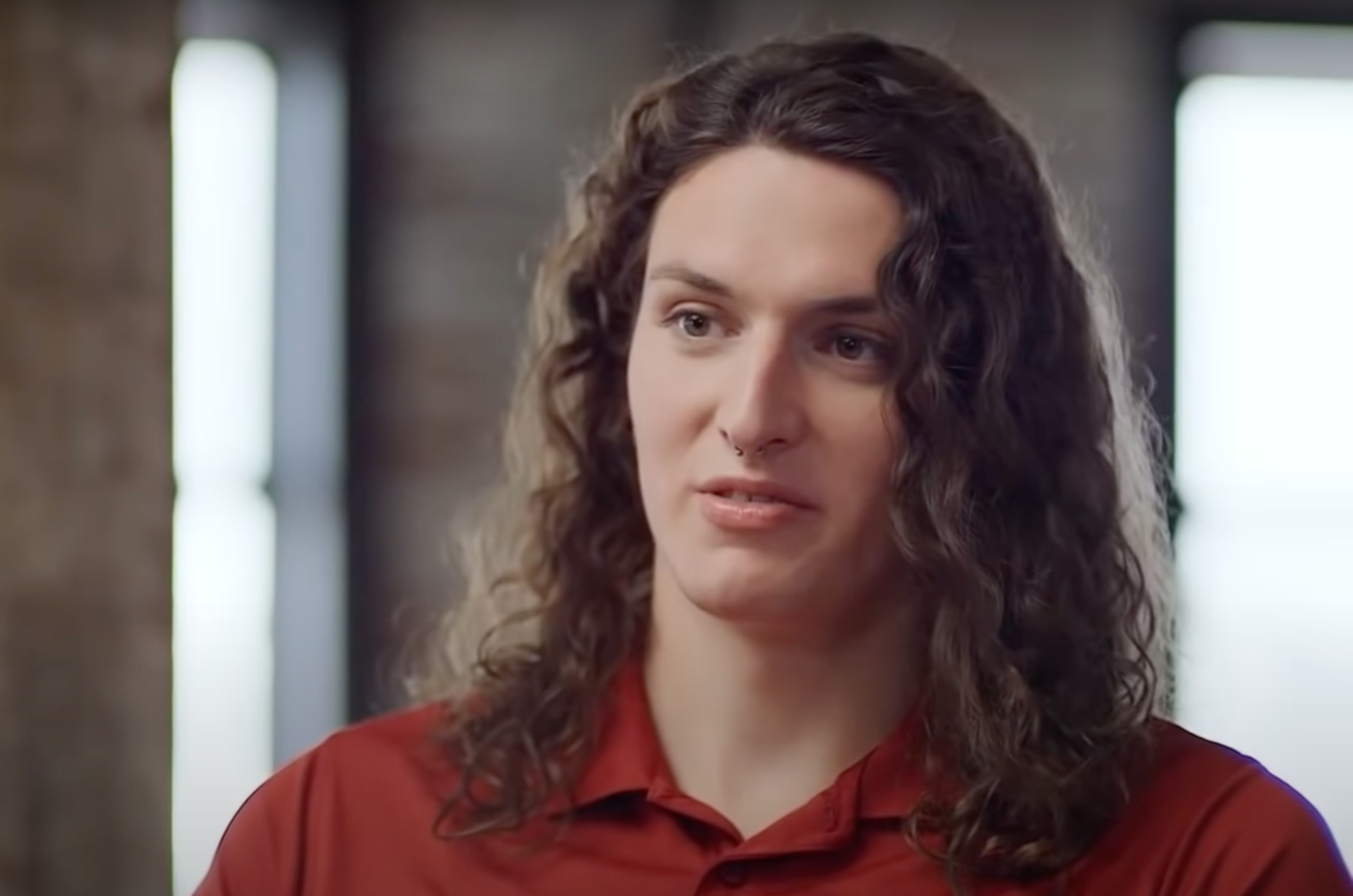 “Trans people don’t transition for athletics,” said swimmer “Lia” Thomas this week in his first televised interview. “We transition to be happy, to be true to myself.” But it certainly sounded like his “happiness” improved at the University of Pennsylvania after he stopped losing as a man and started winning as a woman. Now his self-esteem is staked on competing in the Olympics as a female.

Only an age as delusional as ours would humor a con man like Thomas. He has all the progressive jargon down pat, to which we are all supposed to bow in reverence. Mutilating yourself, he informed us, makes a person “authentic” and “happy.” Never mind that every serious study on transgenderism shows that it leads to suicide and misery.

Any philosophical mistake made at the beginning of a cultural revolution just gets larger and larger over time. That’s why “Lia” Thomas knows he is untouchable.

The interviewer acted like the only issue his transition raises is one of “fairness” to teammates and competitors, as if offending God is OK as long as you don’t offend humans. But why would anyone expect justice from those who have removed themselves from the natural order of justice? If we don’t owe God anything, as transgenderism presupposes, why would we owe our neighbor anything?

The whole LGBTQ culture is built on a defiant individualism and subjectivism at the expense of the common good. Thomas is simply taking this culture to its logical conclusion. Fox News trotted out “Caitlyn” Jenner to critique his interview, as if the culture that produced Thomas is somehow different from the one that produced Jenner. It is the same culture, of course, as Jenner’s feeble remarks indicated. Jenner praised Thomas for his transition while quibbling over NCAA rules that permitted his participation in female swimming. Jenner directed criticism not at Thomas but at the “system.”

That the “conservatives” at Fox find the use of Jenner a clever rebuttal to the Thomas controversy is pathetic, and it won’t work. If transgenderism is a higher value than natural justice, does it really matter who is treated unfairly? If the transgendered person’s perceived good is the supreme value, as our culture now accepts, then the complaints of others are irrelevant. The whole “system” rests on the assumption that human beings have a right to pursue transgenderism without regard to the feelings of others, that they don’t owe anything to fathers and mothers, husbands and wives, sons and daughters. Why shouldn’t that list include teammates and competitors?

The con job of Thomas is consistent with both the culture in general and academic culture in particular. The latter is now completely based on injustice, which goes by the euphemism of “equity.” Should we really expect “fairness” in sports if it doesn’t exist in admissions? Rigging female swimming in favor of Thomas is no different than rigging admissions in favor of politically favored minorities. The ethos of academia is one of utterly shameless equity-based individualism. It is completely indifferent to merit and reality. Hence, it can block high-achieving Asians from entering UC Berkeley or UCLA while granting Ivy League scholarships to students who can barely read their diplomas.

“Fairness to others” is a very quaint notion in academia at this point. It feels no obligation to students, whose welfare is seen as inferior to the “academic freedom” of tenured professors. That is why so many lunatics populate faculty lounges. Their “rights” trump the student’s right to a sound education. “Academic freedom” is now just a cover for a destructive individualism that turns the mission of the university on its head and subjects students to liars and propagandists. In the face of a tenured hack or “Lia” Thomas, academia’s answer is always the same: shut up and accept it. (Notice that the only exception academia makes to its slavish defense of tenure involves conservative professors, such as Princeton’s Joshua Katz who lost tenure not because he failed his students but because he angered his colleagues. He challenged a faculty letter in support of Black Lives Matter ideology, which triggered a Kafkaesque re-examination of an old “sexual-misconduct” offense that turned out to be consensual dating of an above-age student.)

This is the age of unreality and woe to those who don’t conform to it. “There’s a lot of things you couldn’t talk about that were very concerning, like a locker room situation,” a teammate of Thomas has said. “If you even brought up concerns about it, you were [deemed] transphobic.”

No common sense is permitted in a culture that celebrates all things unnatural. Nor can one expect the slightest bit of justice in such a culture, unless one happens to belong to the ruling class. The subjectivism underlying LGBTQ culture — that you can choose your sexuality or your sex without regard to God-ordained reality — has no limits to it, as we are seeing play out before our eyes.

Any philosophical mistake made at the beginning of a cultural revolution just gets larger and larger over time. That’s why “Lia” Thomas knows he is untouchable. Our culture gave up the right to object to his “dream” a long time ago. In a way, the phony conservatives at Fox News are even more delusional than Thomas, for they seem to think that the deadly poison of transgenderism can somehow be mitigated by only taking it in moderation.