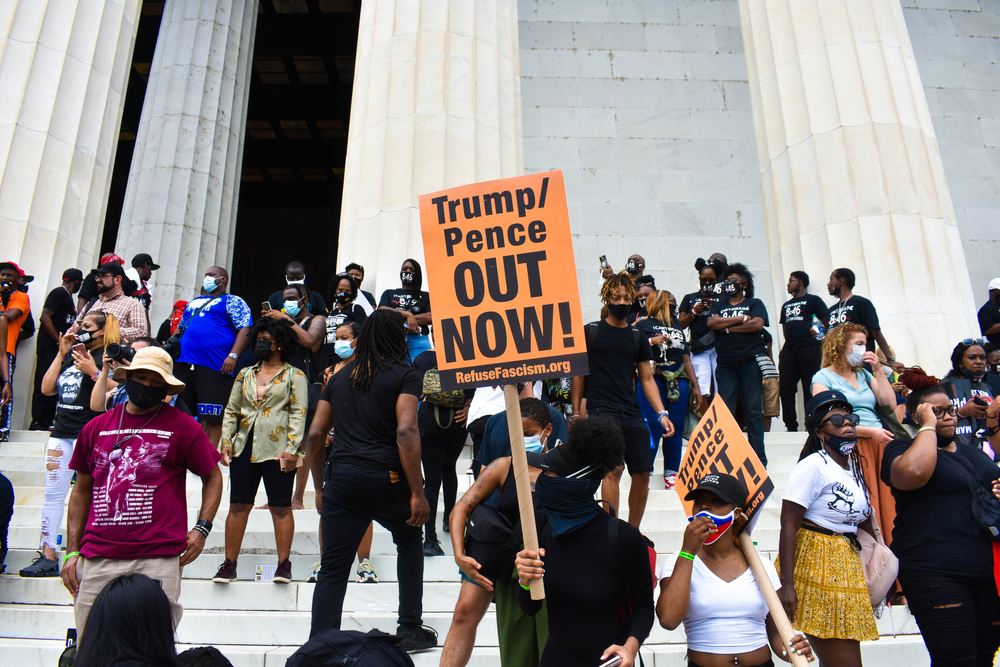 The authoritarian Left hate America, or at least America in its current form. This is not an opinion, nor is it merely an observation. This is not an attempt at hyperbole or sensationalism, nor is it some “vast right-wing conspiracy,” as Hillary Clinton might call it.

It is a simple reality that is evidenced by the Left’s blatant attempts to cancel all dissenters, silence or censor all opposing views, shut down debate, and impose their radical, divisive, and destructive policies and viewpoints on every American institution, from government to education to Hollywood to professional sports to corporations to the Fourth Estate.

Simply put, the Left hate our history, and they hate our flag and everything that it represents. They believe America is irredeemable and will forever be tainted as a racist country, even as thousands of Cuban protesters proudly wave the American flag and demand they be given freedom by their own communist government. To paraphrase the late great UCLA football coach Henry Russell Sanders, for the Left “racism isn’t everything, it’s the only thing.”

The authoritarian Left hate our Founding Fathers and the principles that led to the greatest system of government ever devised, a government “of the people, by the people, for the people.” They hate the American Dream and what it symbolizes. The Left despise the Declaration of Independence and consider the Constitution meaningless. The only time they cite it is when they are trying to impeach former President Trump.

The Left hate our shared Judeo-Christian values and abhor believers, including Christians who believe in traditional marriage and the sanctity of human life. And they hate Orthodox Jews who support Israel.

The authoritarian Left hate the role of the traditional family and the importance of self-determination, personal responsibility, and individualism. They hate rural Americans, or those who “cling to guns or religion,” as Obama referred to those from small towns in the Midwest who did not attend a fancy college and didn’t major in Feminist, Gender, and Sexuality Studies (yes, that’s a real major). The Left refer to Walmart shoppers as smelly, “ignorant hillbillies,” as disgraced former FBI Agent Peter Strzok did, and they deem them inferior to those who buy their kombucha and foie gras at Whole Foods.

The Left pride themselves on supposedly being on the side of “tolerance,” “inclusion,” and “diversity,” but in reality, their dispositions embody the exact opposite. Try walking around Northwest Washington, D.C., Park Slope, Brooklyn, or any coastal college campus with a MAGA hat and see just how tolerant leftists are. Good luck with the medical bill. Try telling your boss or your professor that you voted for Trump, and see if you notice a change in his or her demeanor towards you, assuming you don’t get fired or thrown out of the class.

When was the last time Obama or Biden supporters had to hide their political views out of fear of being persecuted? When was the last time a liberal Supreme Court justice nominee was falsely accused of being a gang rapist by the Fourth Estate and partisan senators, including by those who belong to all-white beach clubs?

The authoritarian Left claim to support people of color, gays, women, and other people whom they consider to be oppressed, but what have they done to make life better for any of these groups? Is calling to defund the police and allowing crime to skyrocket in Democrat-run cities good policy for people of color, or anyone else for that matter? Is lying about voter suppression good for the country?

Is siding with the teachers unions to keep schools closed during COVID and favoring horribly run public schools over charter schools good for minorities? Is supporting the elimination of entry exams for the top high schools beneficial for Asians? How about intentionally discriminating against them in colleges and universities? Is teaching our students to hate America, misrepresenting how our country was founded, and characterizing all white people as racist inclusive and tolerant? Is allowing men to compete in women’s sports supposed to be empowering for women? When did turning away from the American flag or kneeling for the National Anthem become more “heroic” than standing for it?

The authoritarian Left makes everything about group identity, but the fact of the matter is, none of these people matter to them. As soon as a gay person announces that he or she is a Republican, or a black person such as Kanye West voices his support for Trump, or a Latino supports securing our border, or a woman such as Sarah Huckabee Sanders or Kayleigh McEnany serves as a press secretary for a president that the Left despises, then it’s fair game to demean them, shame them, publicly humiliate them, and cancel them. Because of their political views they cease to be seen as gay, black, Latino, or female.

Aside from hatred, the radical Left does not seem to have any policies at all. We’re now almost six months into Biden’s presidency, and no one has a clue what he stands for. His major policies appear to be classifying all 75 million Trump supporters as bigots and white supremacists, opening our country to hundreds of thousands of illegal immigrants, crushing the energy industry, cozying up to dictators, authorizing inflationary spending on radical social programs, instituting massive tax increases, and blaming Democrat city crime surges on law-abiding citizens who own guns.

Unlike Biden, who never built anything except the cages at our southern border while he was Obama’s vice president, Trump was and is a successful businessman who built soaring skyscrapers and majestic golf courses around the world. Biden is a career politician who is bought and paid for by special interest groups and is owned by the radical Left.

No one from the Fourth Estate ever talked about how much Trump loves his country or the uncharted and unmatched potential that he believed every American has. When was the last time Biden, or any other Democrat for that matter, said anything that wasn’t divisive or positive about the country and its citizens? They never will, because for them the day America ceases to be evil or racist is the day the Democrat Party will become extinct.