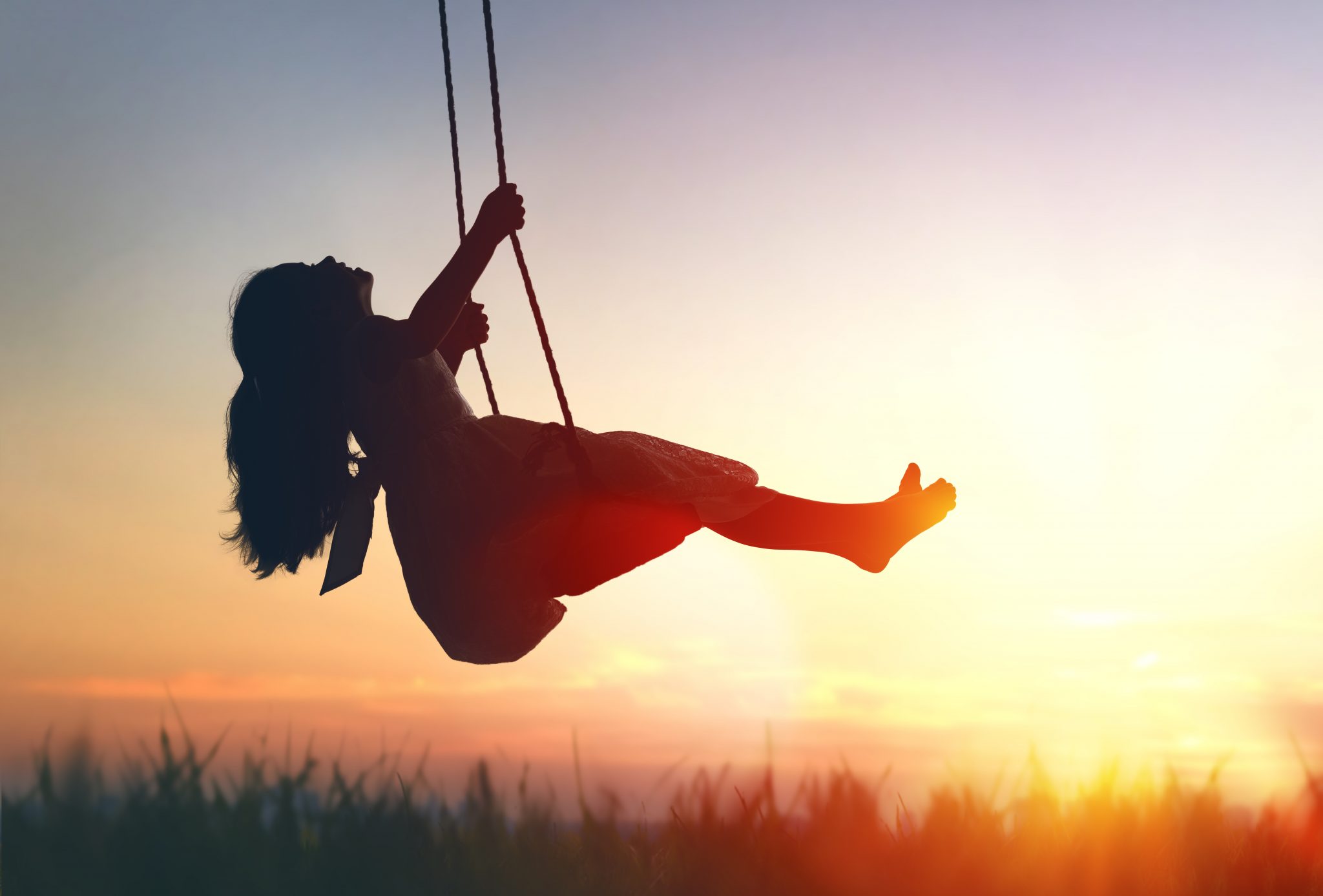 Most of the nonsense this century’s leftists (once proletarian, now identitarian) have put forward could be easily taken apart by children. If at times we lose our spontaneity or the ability to discern between right and wrong, it is only because, as we grow up, we forget that we are still the child we once were. I admit that in my case any trace of my once-thick, curly locks has disappeared, I have put on weight so disproportionately that I seem to be pregnant with myself, and treacherous wrinkles have appeared all over my face. But I know that behind the Billy Joel “Shameless” appearance I see in the mirror, the boy I was still contemplates life and often only appears when I sit down to write. Our inner child is our best defense against the ideological intoxication of the Left.

Encompassed by the mist off the Venetian canals, Rilke wrote that “the only homeland a man has is his childhood.” In a way, returning to it is a way to recover our lost identity. It is in childhood that our first encounter with natural law still pulses. It is then that the first red lines are forged in the conscience. That is why I say that much of the nonsense that flows in rivers of ink these days would vanish in but a few seconds if it were to be judged by a child. If you want to see for yourself, confront a child with the idea of abortion, tell him that there are boys who are born girls and girls who are born boys, or try to explain to him that in Holland grandparents are helped to die, and you will be surprised how his overwhelming common sense reacts to destroy the shaky foundations of contemporary progressivism.

That might be the reason that the Left hates it when kids are kids. It also explains why, on the first day of his administration, Joe Biden — a friend to children — signed an executive order forcing public schools to indoctrinate schoolchildren about sexual orientation and gender identity. The Left wants to promote child transgenderism because it connects minors to the lies of the grownups. They want children to become adults, and quickly. In other words, they want children to become as idiotic, sour, cynical, and relativistic as anyone else. The brilliant Italian writer Susanna Tamaro has been warning us of this danger for years: “I always tell children that they have to have a dream and fight for that dream,” she said some time ago, “that is fundamental because today’s world is tremendously cynical and there are children that become little cynics, and that is horrible.”

A recent Alliance Defending Freedom report warns that the Biden administration wants to go further in its anti-education campaign by torpedoing private Christian universities as well, because total control of education, from kindergarten through college, is the only way to perpetuate ideas that do not stand on their own. The Left is incapable of putting forth convincing reasons to children, even to adolescents, that would disarm their common sense, which is why it limits itself to drowning them in an ocean of propaganda. The aforementioned transgender child propaganda is a good example. “It’s bad to encourage a lie,” explained Dr. Michelle Cretella in 2017. “We know that no one is born transgender. We know it’s a myth. Sadly it’s being promoted by a lot of medical professionals, the media and educators. But it’s not true. If we reinforce this lie, we are actually encouraging the child to develop an immovable false belief.”

Countless authors have dealt with the subject of childhood. But none took it as seriously as G. K. Chesterton, perhaps because he achieved a miracle: to be a child every day of his life. He never ceased to look at the world with the eyes of a newborn: “What was wonderful about childhood is that anything in it was a wonder.”

In the end, a child’s universe is exactly that: magic, dreams, fun, sensations, illusions … learning. One of the great evils of contemporary parenting is the absence of empathy with the reality of the world of children. The immature adult often demands that children act older than they are. That is where this obsession to accelerate all processes comes from, blazing through all the stages of childhood. Some parents are always three years ahead of their child’s real age, always giving the child something bigger, more expensive, and more elaborate than he can assume, always anxiously pushing the child to grow up.

And yet the present is a child’s most wonderful moment, at any age. A few weeks ago, a four-year-old boy gave me the best theology lesson I have ever received. In church, during Sunday Mass, I was trying to explain to him that Jesus is always in the tabernacle. Suddenly, the priest opened the tabernacle and took out the ciborium to give communion, and upon seeing the little door open, the child shouted excitedly, breaking the silence inside the church, “But what are you doing? Jesus is going to get away!”

I have not seen an encyclical more clear and concise than the spontaneous faith of this child, who, naturally, elicited an uproar of laughter from God’s people. Dostoyevsky rightly said, “The soul is healed by being with children.”

It has often been written that children aren’t prejudiced, the implication being that this makes them better. Let’s start by admitting that prejudice saves lives. This unfair reputation of prejudice is nothing more than prejudice. Anyway, of course children have them. In fact, the child has an almost supernatural ability to detect an idiot or an evildoer. I would argue that it is the purity of the child’s soul that allows him to sniff out greed, lies, and all manner of evil. What the child may not have are stupid prejudices, the kind that we grownups hoard as if they were gold.

If you ever sit down with children to watch a crime movie you will be amazed that, without understanding the plot, they are able to immediately point out the bad guy in the story. And what’s more amazing: they never miss. There is in the child a glow of primal virtue, perhaps a trace of what we are at the moment we arrive on Earth, still clean from the garbage that our conscience will accumulate as we drag ourselves along the roads of our life. It is a long journey from the adorable child who, as the years go by, becomes something monstrous like, I don’t know, Nancy Pelosi.

And if we have spoken of their capacity for astonishment, their frankness, their sincerity, their simplicity, and their intuition, we must also make mention of the infinitude of their dreams. The ability to dream is one of the first things we lose as we get older. And it is perhaps the most painful loss. Whoever is not able to dream is condemned to disillusionment. Thanks to dreams, I survived my math teachers: I spent my whole childhood dreaming that one day I would get rid of them. It is a scientific fact that my dreams came true.

There is an immediate way to spoil all these virtues of childhood, and that is by trying to make children grow up before their time — by sitting them in front of the television so that they can admire a world of evil and perversion that they cannot yet understand, by poisoning them with the hemlock of competition at any price, and by bombarding the institutions that give security to children, especially the family and the school. It is not surprising that, for decades, the family and school have been the main enemy to be defeated for a good part of the Left.

In the defense of families and schools lies the secret of bequeathing freedom to future generations. And there is also an opportunity to contemplate life with the simplicity of a child. After all, is there anything more important to them than family and school? That is where their wonderful world begins and ends.

They say that when an author starts to defend childhood, he has grown up. But people talk a lot of nonsense. Personally, if I have to admit that I have grown up more than I should, it’s only to confirm that I proudly carry the burden of being a big kid, but a kid nonetheless. I don’t think you’ll find a better version of me than at the age of 7, when I wrote my first stories (my father keeps some of them under lock and key, to prevent them from ruining my literary career). I suppose that life, as Camus told us, is nothing more than “a long detour to return to the three or four simple truths to which our hearts were opened in childhood.” No one has the right to undermine that healthy path to childhood.