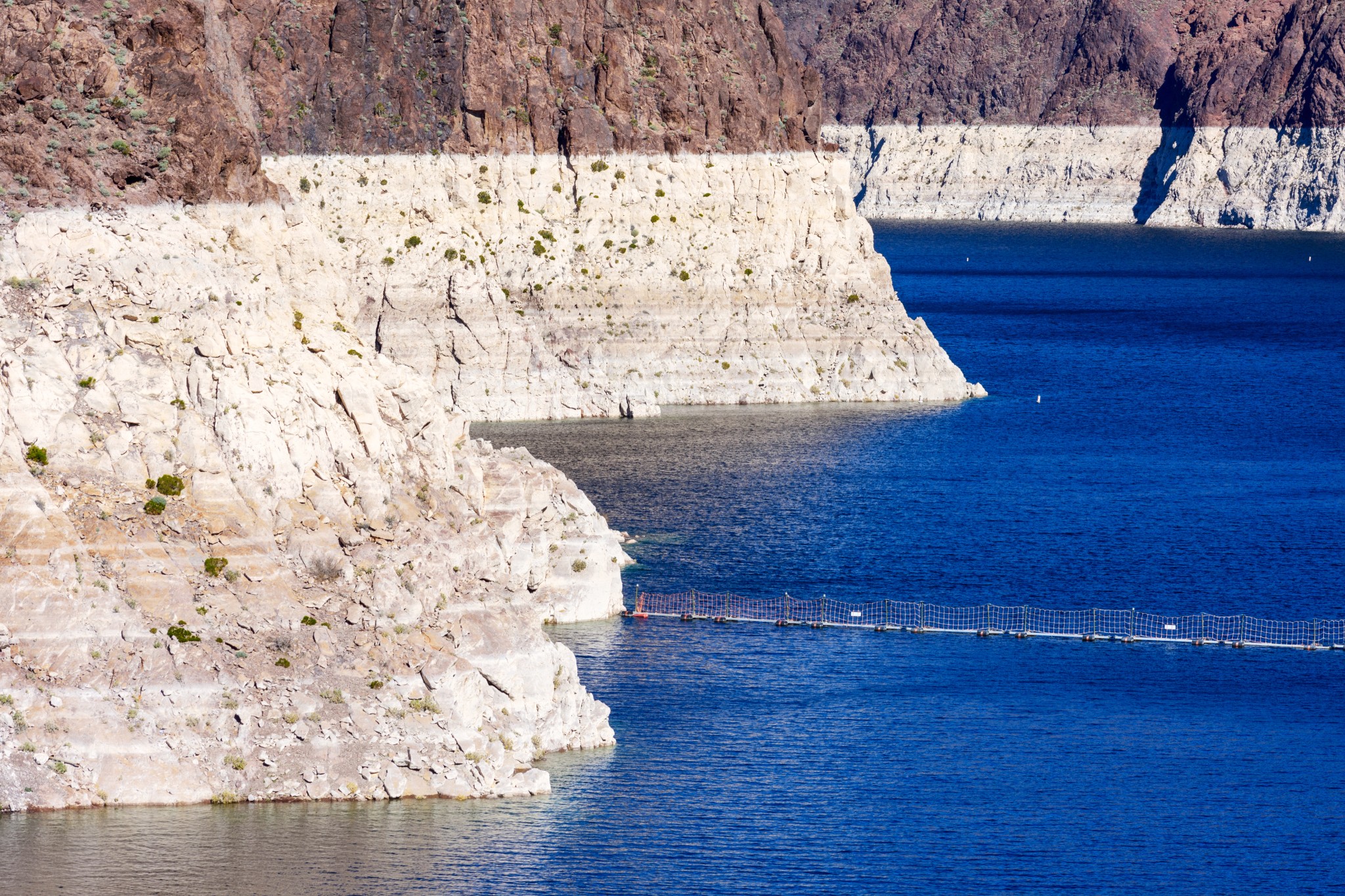 The water level in Lake Mead is reaching record lows and the popular narrative maintains that drought brought on by human-caused climate change is to blame. But the government’s own data from the Bureau of Reclamation shows this is not true.

Imagine a large city has been built in the middle of the Sahara Desert. Since no precipitation falls there, a large man-made reservoir is created with water piped in from a thousand miles away. The desert city grows over time, but the water supply does not. Over the years, the desert city must ration water as the reservoir is drained due to overuse. In this hypothetical situation, would it be rational to blame the water shortage on drought and global warming? No.

Yet, this is the situation we have with Lake Mead.

As can be seen in the Bureau of Reclamation’s official estimate of the yearly natural water flows into Lake Mead, there has been no long-term trend in water flow into the reservoir. 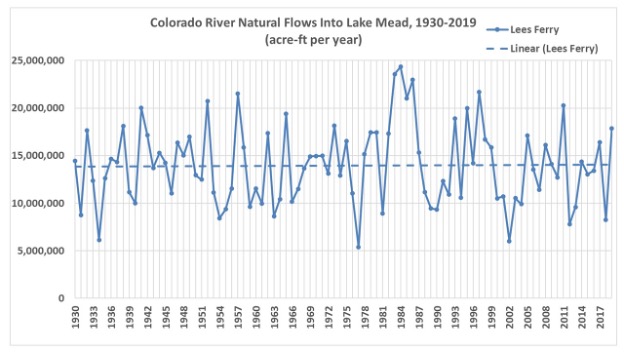 Yearly natural water flows into Lake Mead at Lees Ferry, Nevada, since 1930. The measured flows have been corrected for upstream diversions created over time to provide a best estimate of whether climate change has caused drought-induced reductions in water supply to Lake Mead. Details of those corrections are described here. Data source here.

Most of the water supplying the Colorado River at this location comes from snowmelt in the upper Colorado River watershed. The April snowpack in that region also shows no trend. 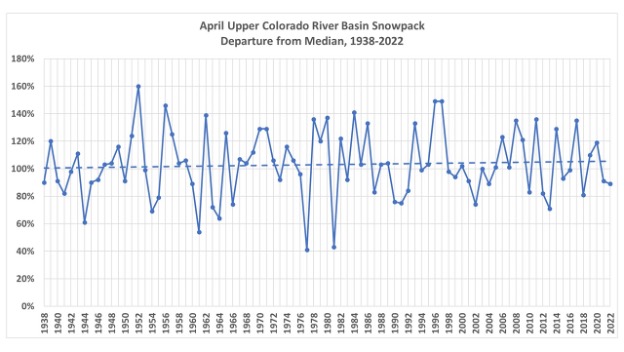 So, why is Lake Mead losing so much water? The answer is overuse. The Colorado River Basin Water Supply and Demand Study, published in 2012, showed that water demand from Lake Mead increased rapidly over the decades but remained less than water supply until around 2000, after which usage exceeded the available water supply in most years. This is what can be expected when we build cities in the desert (e.g. Las Vegas) and grow crops on arid land where there is insufficient natural precipitation.

That virtually every news story we read blames the water crisis on climate change or drought leads to widespread disinformation on the causes of falling water levels in Lake Mead. This then leads to expensive and misguided solutions to the problem. For example, on July 22, Forbes published an article titled “Why Is Lake Mead Shrinking? Climate Change Is a Major Reason.” Also in July, NASA published “Lake Mead Keeps Dropping,” in which the agency stated the reservoir “provides a stark illustration of climate change.”

In fact, climate change does not even predict reductions in precipitation in the region that feeds water to Lake Mead. 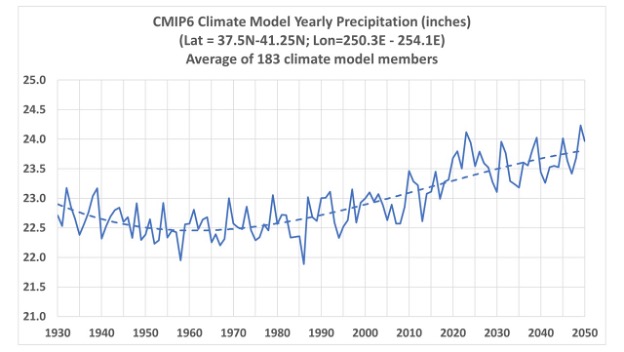 Rational approaches to climate change, to the extent it exists, must be informed by accurate data. This is why Dr. John Christy and I created and continue to maintain and update a satellite-based global temperature dataset at the University of Alabama in Huntsville. That global dataset shows less global warming than scattered surface-based thermometers, which are prone to increasing spurious heat sources over time.

But in the case of Lake Mead, the datasets (such as those in the three graphs above) are not even in question. The problem is that lazy and biased reporting — even in some scientific reports — has led to the widespread misperception that climate change is responsible for Lake Mead losing water. It’s not.

Lake Mead is being drained. It’s not climate change.

Roy W. Spencer is a Ph.D. meteorologist and climate researcher at the University of Alabama in Huntsville, and was formerly an award-winning NASA Senior Scientist for Climate Studies.