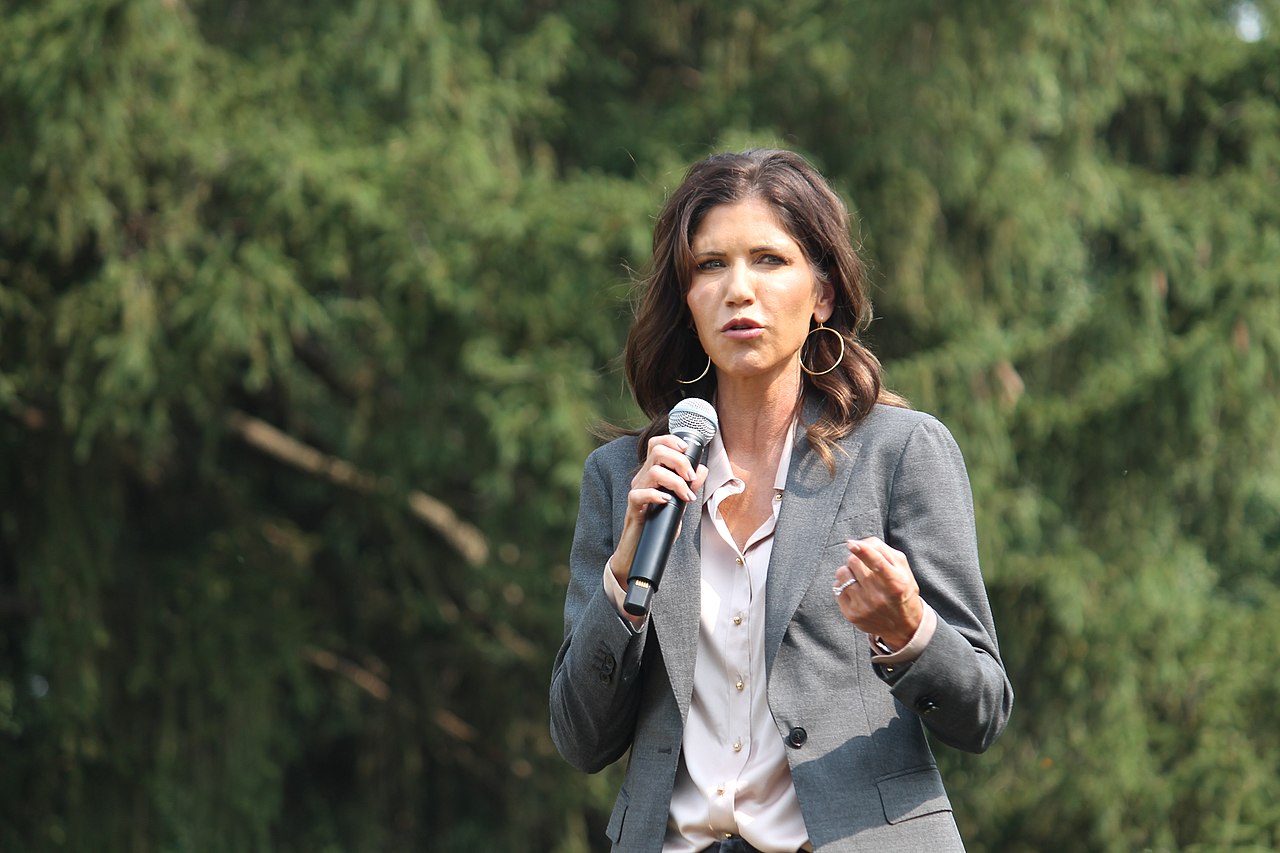 It often appears during the culture war that only one side is fighting. To paraphrase the poet W. B. Yeats, the Republicans lack all conviction, while the woke Democrats are full of passionate intensity. On many fronts of the culture war, Republicans have simply waved the white flag. Once-burning controversies no longer even generate debate. Look at all the political correctness in public schools and government institutions that now goes unchallenged. But surely, many religious conservatives though, Republican leaders would at least oppose the monstrous juggernaut of transgenderism. It turns out that that hope may also be in vain.

In South Dakota, the supposed conservative comet Kristi Noem may have flamed out. The South Dakota governor announced last week that she could not support a bill against transgenderism in its current form. The bill merely sought to protect female sports, making them “available only to participants who are female, based on their biological sex.” Noem had initially supported the bill but backed off under heavy lobbying from business interests in the state. The revisions that she is demanding to the bill, say its supporters, would render it meaningless.

The Alliance Defending Freedom (ADF), a religious liberty group, blasted Noem for going wobbly. “Gov. Noem had an opportunity to protect women and girls by signing the Fairness in Women’s Sports bill, but instead she pandered to the demands of special interests. In what was an abuse of her ‘style and form’ veto power, she gutted protections for collegiate athletes and took away legal recourse for girls forced to compete against biological boys. We are shocked that a governor who claims to be a firebrand conservative with a rising national profile would cave to ‘woke’ corporate ideology,” said ADF general counsel Kristen K. Waggoner.

But is the problem that Noem lacks the courage of her convictions? Or is the problem that, on the issue of transgenderism, she lacks any strong ones? The Family Research Council (FRC), in its statement, suggests the latter: ”Groups like FRC and Republicans on the ground were already well acquainted with Noem’s bad track record on transgenderism. Most people never knew it, but Kristi Noem was responsible for killing a much better bill that would have protected kids in February of last year.”

The bill to which FRC is referring would have prohibited gender reassignment surgery and cross-sex hormones for children under 16. According to FRC, “Publicly, she said she was ‘concerned’ about the idea. Privately, Republicans in both chambers told us, her message was much stronger: make it disappear. If she couldn’t be bothered to stand with parents then, it was probably foolish to think she’d start now.”

Noem’s official stance was that she neither supported nor opposed the bill, but she signaled to a mau-mauing media that she didn’t care for it: “When you take public policy and try to fill parenting gaps with more government, you have to be very careful about the precedent you’re setting.”

Religious conservatives found her recent statement that she wants to “protect women sports while also showing empathy for youths struggling with what they understand to be their gender identity” quizzical. Supporters of the current bill say that the changes Noem has proposed to it wouldn’t protect women’s sports and represents nothing more than a capitulation to the PC commissars at the NCAA. (Noem wants the whole selection of the bill pertaining to collegiate sports axed.) Her unconvincing performance on Tucker Carlson’s show last week did little to alleviate this concern. She at once denied caving to the NCAA and admitted that she didn’t want to lose its business. “We’re a small state, Tucker,” she said. “We’ve had to fight hard to bring any tournaments to South Dakota.”

Noem’s attempts at damage control in the wake of backlash over the issue have been unavailing. Conservatives are in no mood to be told that the issue of transgenderism is unwinnable. They have heard this song and dance many times before. If they suspect that Republican leaders prioritize the concerns of the Chamber of Commerce over social conservatism, that’s because they do.

For years religious conservatives have been victims of cynical manipulation by the GOP establishment. The GOP wanted their votes but did nothing to protect their values. Recall the sham opposition to gay marriage that the aides to George W. Bush faked to win religious support in 2000 and 2004. It turned out later that many of those figures supported gay marriage. Ken Mehlman, the head of Bush’s 2004 reelection effort, ended up lobbying for passage of gay marriage in New York state. John McCain’s aides, such as Nicolle Wallace and Steve Schmidt, now appear on MSNBC to hawk socially liberal causes. A group of consultants attached to Mitt Romney’s 2012 presidential run filed an amicus brief urging the Supreme Court to support a constitutional right to gay marriage.

In light of this history, religious conservatives have every right to be suspicious of GOP leaders. Religious conservatives had hoped that Kristi Noem would buck the trend of abdications in the culture war. But she hasn’t. If she won’t even fight on the comparatively easy issue of opposing transgenderism in female sports, how can she be trusted on the more difficult issues that lie ahead?

Is transgenderism just one more front in the culture war that will fall not in spite of Republicans but because of them? The culture war is already one-sided enough without Republicans surrendering on this issue too. The media’s game is to convince everyone that the toppling of a taboo is “inevitable” and that resistance to its elimination is futile. Many GOP leaders succumb to this propaganda. This defeatism is all too familiar to religious conservatives, and they won’t soon forget that Kristi Noem has been infected by it.