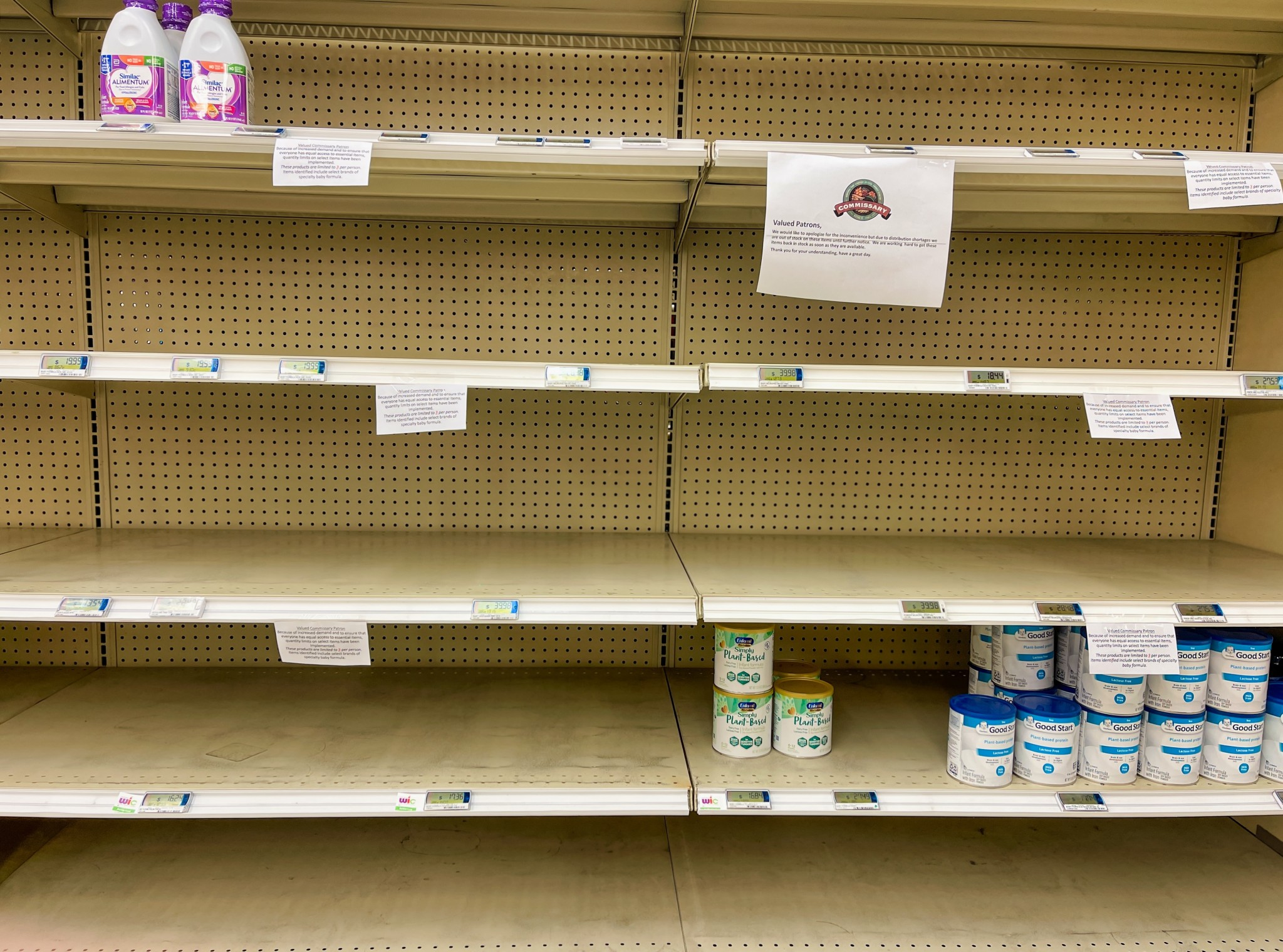 Now let me be certain I understand this correctly:

1. Women whom we used to call “Soccer Moms” now are White suburban Karens who register as Independents.

4. Not to be confused with non-binary sorts, transgenders, and others among the QIA+ group of LGBTQIA+ who also, even as singular individuals, are They/Their /Theirs. (My preferred pronouns: Me /Myself /I.)

5. Children in public school grades 1-3 are being taught to value same-sex marriage and to question their own gender identities. The schools will protect the secret gender-change wishes of the little ones from their parents, and will even help direct them to medical professionals and butchers who can help them realize their most recent preferences.

6. Crime has exploded throughout major cities, especially cities with Soros-funded DAs. A new term now exists: “smash and grab.” No point in arresting such smashers and grabbers because the Soros DAs do not seek bail but instead urge they be released on their own recognizance. Thus, a young lady studying at UCLA and working at an upscale boutique in Gascon’s Los Angeles was stabbed to death in her chest in broad daylight. (Require advanced background checks for people buying knives and ban sales of knives to people under 21?)

7. Grade schools devote class hours now to teaching Critical Race Theory and “1619 Project” American history (White privilege, Systemic Racism) taking time away from other instruction in such classically taught subjects as math, reading, and science (except for the tripartite sciences of global warming, climate change, and wearing masks). Many public schools are not teaching cursive writing because everyone now has a smartphone for texting. Therefore, because the review and study of original manuscripts and correspondence is so important to serious historical research, children who opt later in college or grad school to be scholars, even Ph.D.s, in history will have to take cursive writing as one of their required college languages alongside Affirmative Action graduates of high school who still cannot read or write at expected grade level upon entering college. But at least those worthies get to enter college, with set-asides requiring the children of lawful taxpayers to study out of state as high-priced out-of-towners.

8. Parents who attend school board meetings, upset in San Francisco by such developments, recalled three members of the school board, including its president, after spending more time and money on re-naming schools away from the Abraham Lincolns and Dianne Feinsteins.

9. The southern border of the United States no longer is a border but a port of entry for those without authorization to enter. Hundreds of thousands are flowing in illegally. Tons of them, bless their souls, evade law enforcement and move on to states where their presence can impact elections, short- and long-term. Texas politicians cannot even fall back on the last call for patriotism: Remember the Alamo because: (i) large numbers of the population have had their brains fried by fentanyl flooding into the country from Mexico; (ii) to remember the Alamo one first needs to learn about the Alamo, but the jam-packed school day must include time for Critical Race Studies and woke math, so the only Alamo they can remember is a car-rental place their parents once used; and (iii) the Alamo has something to do with systemic racism. Only Privileged Whites were permitted to be killed defending the fort.

10. Even when “border” patrol catches someone, instead of arresting them and deporting them, we now give them a free smart phone in exchange for their promising to appear in court of their own volition to face deportation to the dictatorships and poverty whence they fled. We don’t know where they are. They don’t know where we are. Amazon and Facebook know where everyone is. And the horse-mounted division of “border” patrol now faces federal prosecution, after investigations found them free of any fault or wrong-doing, for using small lashes they were given to help control and focus their horses. Don’t even ask what Merrick Garland will do when he sees a replay of any Kentucky Derby, Preakness, Belmont Stakes, early morning heats and warm-ups at Keeneland, or any other horserace (like ever).

11. Upon entering the Oval Office as President, Joe Biden’s first executive orders aimed to castrate the fossil fuels industry. The Keystone XL pipeline was canceled, so oil can be transported instead by Middle Ages-style bucket teams stretching across the United States, passing the oil, bucket by bucket, to their intended locations. Exploration in ANWR was stopped. Drilling permits were curtailed. As supply dropped precipitously but demand stayed steady and even increased with the waning of the COVID pandemic, gasoline prices at the pump skyrocketed to $5 a gallon, $6 a gallon, even $7 a gallon. Biden blamed this on Putin, who was too busy collaborating with Trump to reply. One Michigan lawmaker — truly a Michiganer — shared that the simple work-around woke-around is to buy a $60,000 Tesla and a Geiger counter to find electric refilling ports from sea to shining sea. Moreover, whereas refilling with gasoline can take ten or even five minutes, refilling electrically can take hours. All this electric solution comes on the heels of the country preparing for electric outages and brown-outs all summer. No air conditioning in 100 degrees but electric $60,000 cars.

12. In the face of the gasoline shortages, we now are going hat-in-hand, begging totalitarian dictatorships like Venezuela, Arab Muslim sheikdoms, and perhaps Iran to sell us their fossil fuels. Inasmuch as global climate concerns are, uh, global in scope, the exchange of American clean energy produced under strict guidelines protecting the environment and replacing it with energy produced by China’s filthy coal mined by slave labor, Saudi Arabian gushers that barely are regulated, and Venezuelan dirty energy that props up a dictatorship. Only Greta Thunberg can explain that one. And to deal with all this, Biden raided one third of our Strategic National Petroleum Preserve.

13. Meantime, the guy who created Tesla bought a majority stake in Twitter in order to expand the platform from restrictive cancel culture and brutal speech repression, leading Twitter employees to cry and weep over their loss of freedom — to censor. The Washington Post was among those mourning the end of freedom in situations where super-rich guy owns a major vehicle of mass communication. Jeff Bezos owns the Washington Post.

14. Amid all this, this greatest country on the face of the earth cannot stock its shelves with baby formula. This did not happen overnight; it was the government itself that shut down the Abbott laboratories months ago. So we not only have to import oil and natural gas when better-quality and cleaner energy lies under our ground, but even baby formula must be imported from everywhere because we have so little. Currently, we are importing formula to fill the equivalent of 19 million eight-ounce bottles.

15. Soccer Moms — the White-privileged Karens — have to contend with all this as inflation rages between 8.3 and 8.6 percent, with all the high-protein foods that make up the core of our diets — chicken, beef, eggs, and such — registering inflation well beyond 10 percent.

16. Money goes less further at the grocery and supermarket, but that hurts less because every dollar lost to Bidenomics has less value.

17. Home mortgages have jumped from approximately three percent to close to six percent. So it costs more than ever to get into the housing market and buy a home, and people on adjustable rate mortgages are in for the rollercoaster of their lives.

Now, if any or all of this reflects a correct sense of what is going on today, four months from national bi-elections, are we to understand and accept the Biden-Schumer-Pelosi message that voters will be casting their votes in November — especially the White privileged suburban Karens — based on the recent Dobbs case, overturning Roe v. Wade, because someone else’s college kid and her boyfriend were too lazy to take precautions and now may have to fly to New York for an abortion and Broadway show or to California for an abortion and a visit to Disneyland while there? With nothing on legal abortions changing in half the states? And, finally, for all the news generated by the pro-abortion demonstrators, it is true that a majority of Americans opposed a complete abortion ban, but an even larger number of Americans oppose second- or third-trimester abortion, especially as now advocated by Democrats: OK to kill the baby until its head pops out.

Do I have it right?