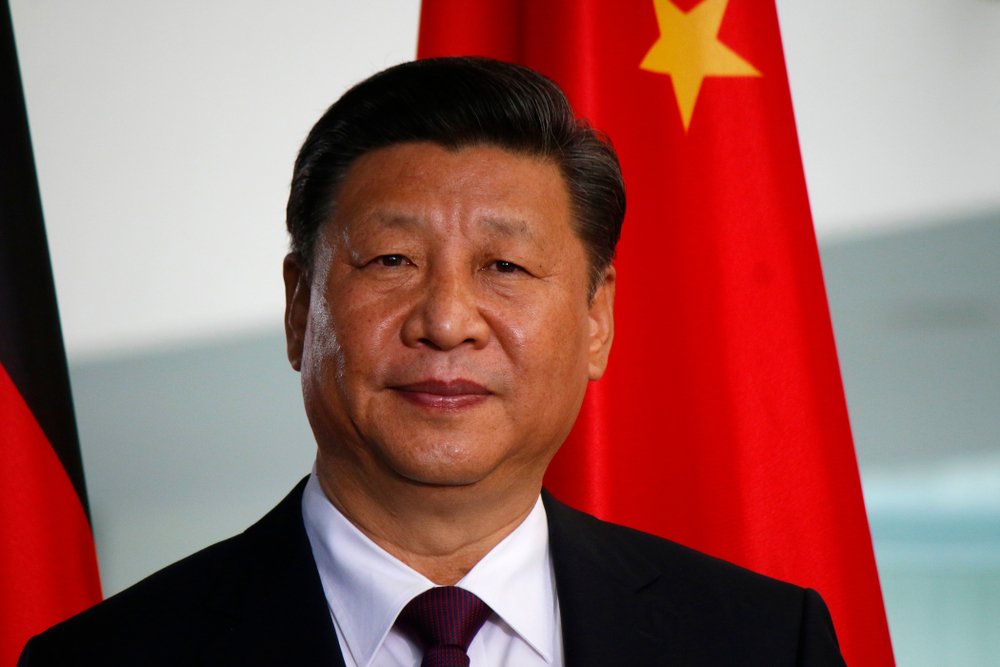 As China’s President Xi Jinping is about to become his country’s most powerful leader since Mao Zedong during the Chinese Communist Party’s 20th annual party congress, former Australian Prime Minister Kevin Rudd has written an important article in Foreign Affairs that to some extent emulates George F. Kennan’s famous article “The Sources of Soviet Conduct” (written under the pseudonym “X”), which appeared in that same journal in July 1947. Rudd’s article is titled “The World According to Xi Jinping,” but it just as easily could have been titled “The Sources of Chinese Conduct.”

Rudd served as Australia’s prime minister from December 2007 to June 2010, and again from June 2013 to September 2013, and currently serves as president of the Asia Society. He is fluent in Mandarin. And he understands Marxism–Leninism as well as Chinese history.

Back in 1947, Kennan, who was then director of the State Department’s Policy Planning Staff and who had written the so-called “Long Telegram” from Moscow a year earlier, wrote that Soviet conduct was the product of Marxist–Leninist ideology, Russian history, and contemporary geopolitical circumstances. Soviet policies were shaped by the pursuit of absolute power domestically and the “cultivation of the semi-myth of implacable foreign hostility.” At home, Kennan explained, the “security of Soviet power came to rest on the iron discipline of the [communist] party, on the severity of the secret police, and on the uncompromising economic monopolism of the state.”

Rudd seeks to refute those Western observers who believe that the CCP has abandoned Marxism for state capitalism.

Rudd similarly identifies the sources of Chinese conduct as existing in “Marxist–Leninist orthodoxy,” Chinese history, and contemporary geopolitical circumstances, including the notion that China is “on the right side of history” and that its main ideological and geopolitical rival — the United States — is “struggling in the throes of inevitable capitalist decline, consumed by its own internal political contradictions and destined to fall by the wayside.”

Rudd’s essay seeks to refute those Western observers who believe that the CCP has abandoned Marxism for state capitalism. Barely a year after becoming China’s leader, Xi, in a speech to a gathering of top party officials, warned against “the risks of the ideological decay that led to the collapse of Soviet communism.” Rudd notes that after that speech Xi cracked down on dissent within the party “by purging any perceived political or institutional opposition” in an “anticorruption campaign” and then reasserted centralized party control over the military and security services. This, as Rudd notes, is pure Leninism.

Xi simultaneously pursued economic measures that “brought the Chinese state roaring back to the center of economic policy.” In a speech in 2021, Xi criticized Deng Xiaoping’s “gradualism” in the pursuit of a socialist economy. The CCP under Xi has assumed greater control of “private” firms and businesses, while actively subsidizing state-owned enterprises. Rudd calls this a “new statist economic orthodoxy.” This is pure Marxism.

Rudd characterizes the sources of China’s conduct, like Kennan did before him in relation to that of the Soviets, as a combination of “Leninist politics and Marxist economics.” And Rudd notes that Xi has adopted “an increasingly bracing form of nationalism, fueling an assertiveness abroad that has replaced the traditional caution and risk aversion that were the hallmarks of China’s foreign policy during the Deng era.” In particular, Xi has appealed to nationalist sentiment surrounding the so-called “100 years of national humiliation” that China suffered at the hands of Western powers. (READ MORE: UN Human Rights Vote Reveals China’s Power and the West’s Decline)

In 1947, Kennan predicted that the Soviets would engage in “cautious, persistent pressure toward the disruption and weakening of all rival influence and rival power” in the world. Rudd today describes China’s long-term goal as an international system “anchored in Chinese power rather than American power.” This is Xi’s “China dream,” and it is little different from the Soviet Union’s goals in 1947. Back then, Kennan recommended that the United States and its allies adopt a policy of “firm and vigilant containment,” an approach that he hoped would buy time to allow disruptive forces within the Soviet system to weaken and mellow Soviet power. Rudd likewise points to Chinese vulnerabilities, including an aging population, slower economic growth, less foreign investment, and growing income inequality, that could lead to a weakening of the CCP.

But what is missing from Rudd’s essay is a blueprint for U.S. and Western policy. The best he can come up with is that the U.S. and its allies should “reembrace … the principles that distinguish liberal-democratic political systems” from Marxist–Leninist regimes. Such platitudes are no substitute for geopolitical action. And it is here that Rudd’s essay falls short of Kennan’s “X” article, which provided a general blueprint for U.S. and Western foreign policy.

Rudd, nevertheless, has highlighted the Marxist–Leninist nature of the Chinese regime and the dangers its expansionist foreign policy poses to U.S. and Western security. We are once again in an ideological and geopolitical struggle, the outcome of which will decide the future of the global system. Rudd describes the CCP as “the most politically and ideologically disciplined challenger” that the United States “has ever faced during its century of geopolitical dominance” — a challenge greater than that which was posed by the Soviet Union.

[The] thoughtful American observer … will find no cause for complaint in the Kremlin’s challenge to American society. He will rather experience a certain gratitude to a Providence which, by providing the American people with this implacable challenge, has made their entire security as a nation dependent on their pulling themselves together and accepting the responsibilities of moral and political leadership that history plainly intended them to bear.

Our country sorely needs leaders who will accept these responsibilities today.