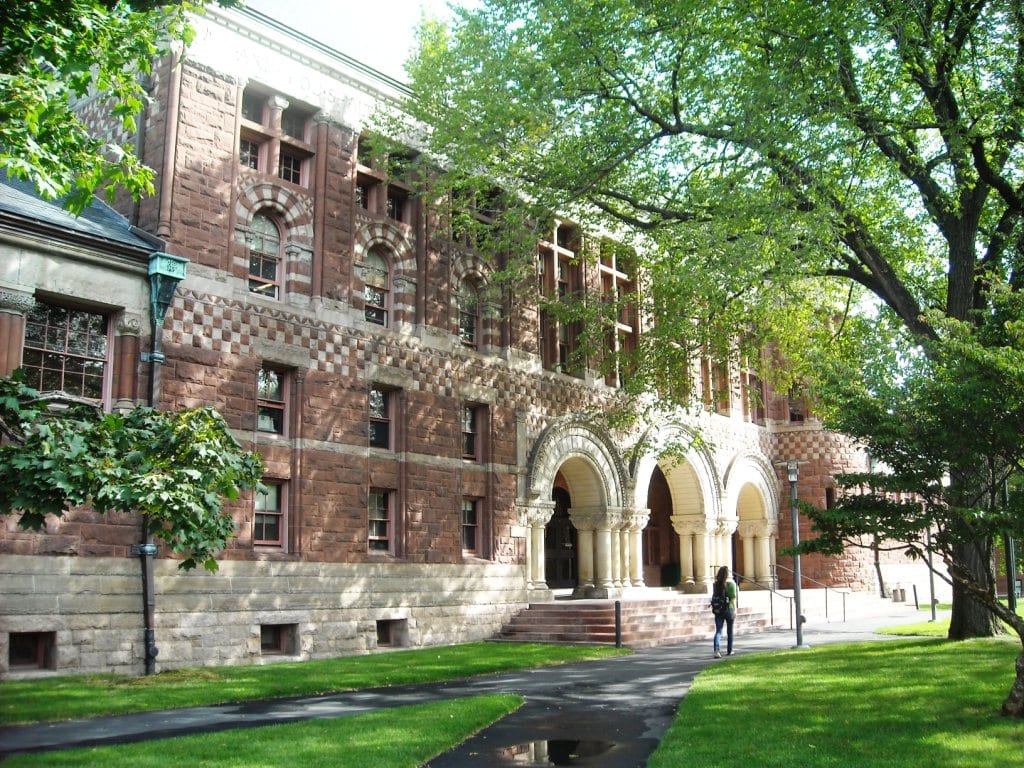 On the March 31 op-ed page of the Wall Street Journal, find a fine piece by the Manhattan Institute’s estimable Heather Mac Donald panning Harvard University’s new requirement for English majors there (academic crackpots have just about made my college major extinct) that they take a course in authors “marginalized for historical reasons.”

One doesn’t have to be a seasoned left-watcher to know that by this Harvard means writers who are not straight, white men. The historical reasons include “racism, patriarchy,” and something going by the bulky and unlovely designation of “heteronormativity.” (We must be further down the rabbit hole than I thought — my spell-check doesn’t object to this monstrosity.)

In a letter to the Journal after Mac Donald’s article appeared, one James Simpson, head of Harvard’s Department of English, objects to MacDonald calling him out. He actually defends marring his curriculum with identity politics, saying it is “the fundamental function of literature… to hear the voices repressed by official forms of a given culture.”

Oh. Really? Who knew? When did artistic merit give way to victimhood politics?

Simpson goes on, “All great literature magnifies the repressed voice.”

Surely some does. But all? If Falstaff and Hal were repressed, I somehow missed it, even after multiple readings and viewings. And Elizabeth Bennet was more catered to than repressed.

“It’s our exhilarating experience of hearing that voice surface in a work (think every great text) that makes a given work endure,” Simpson continues opaquely. “Before the 1970s, English curricula had hardly any women authors.” Since then, he says, the curriculum “has been utterly transformed, to massively life-enhancing effect, by hearing these women’s voices.”

I take his point. But there were many more men writing than women in those patriarchal centuries, though I recall many undergraduate hours under the lamp with Jane Austin, George Eliot, and Emily Dickinson, not to mention the Brontë bunch. It would take a complete abandonment of concern for literary merit to lift up women writers, or writers of any other favored demographic, for no other reason than sex, race, or whatever these writers prefer getting up to at night. This is plain social justice advocacy, not literary education. But then, sadly, this is mostly what “liberal arts” education at the anti-intellectual zoos so many American universities have become amounts to these days.

Of course, being the dues-paying leftist that he is, Simpson not only says Mac Donald is wrong to criticize Harvard’s latest PC flyer, but calls her article “mean-minded.” He’s not only dreary but predictable and uncharitable (and so he gets no charity from me). I suppose it’s safe to conclude that Heather Mac Donald is one women who will not be soon seen on Harvard’s estrogen-heavy reading lists.

I’m using the occasion of this little exchange to remember to be thankful that I went to university when a literary education was still available, when most professors were merely dotty rather than the leftist red-hots we have today, when students could spend four years at university without ever hearing psychobabble such as “life-enhancing,” and when English majors were privileged to read novels, short stories, essays, poems, and plays rather than “texts.” What an unlovely term with which to describe The Tragedy of Hamlet; Prince of Denmark. The gloomy Dane would have been even gloomier to hear his engaging story described in this clunky way.

As for the political philistine Simpson, if he has read, studied, and researched his way from “Sing, O muse, of the rage of Achilles” to “Not with a bang but a whimper,” and what he mainly takes away from all this is that women, blacks, and gays have had it tough, then I suggest he’s missed quite a lot that literature teaches us about the human drama. (Prosecution stipulates many women, blacks, and gays have indeed had it tough. But this is beside the literary point.) Literature at the highest level operates above politics. But so many in today’s politicized professoriate insist on dragging literature down to their dreary level.

Simpson and his colleagues in the Harvard Department of English deserve this grumpy knock for their very real offense against literature. But in fairness to Harvard it should be pointed out that English majors there still must complete at least one course in Shakespeare (dead white male though he surely is). This might seem unremarkable. But at a disturbingly high fraction of toney schools one can now complete a major in English without encountering the Bard at all. Which strikes this English major from the pre-deconstruction period as a bit like awarding a degree in math to students who’ve not taken calculus.

If Professor Simpson’s thinking (if such it can be called) prevails across much of academe — and I fear it does — the real victims here are current and future English majors.