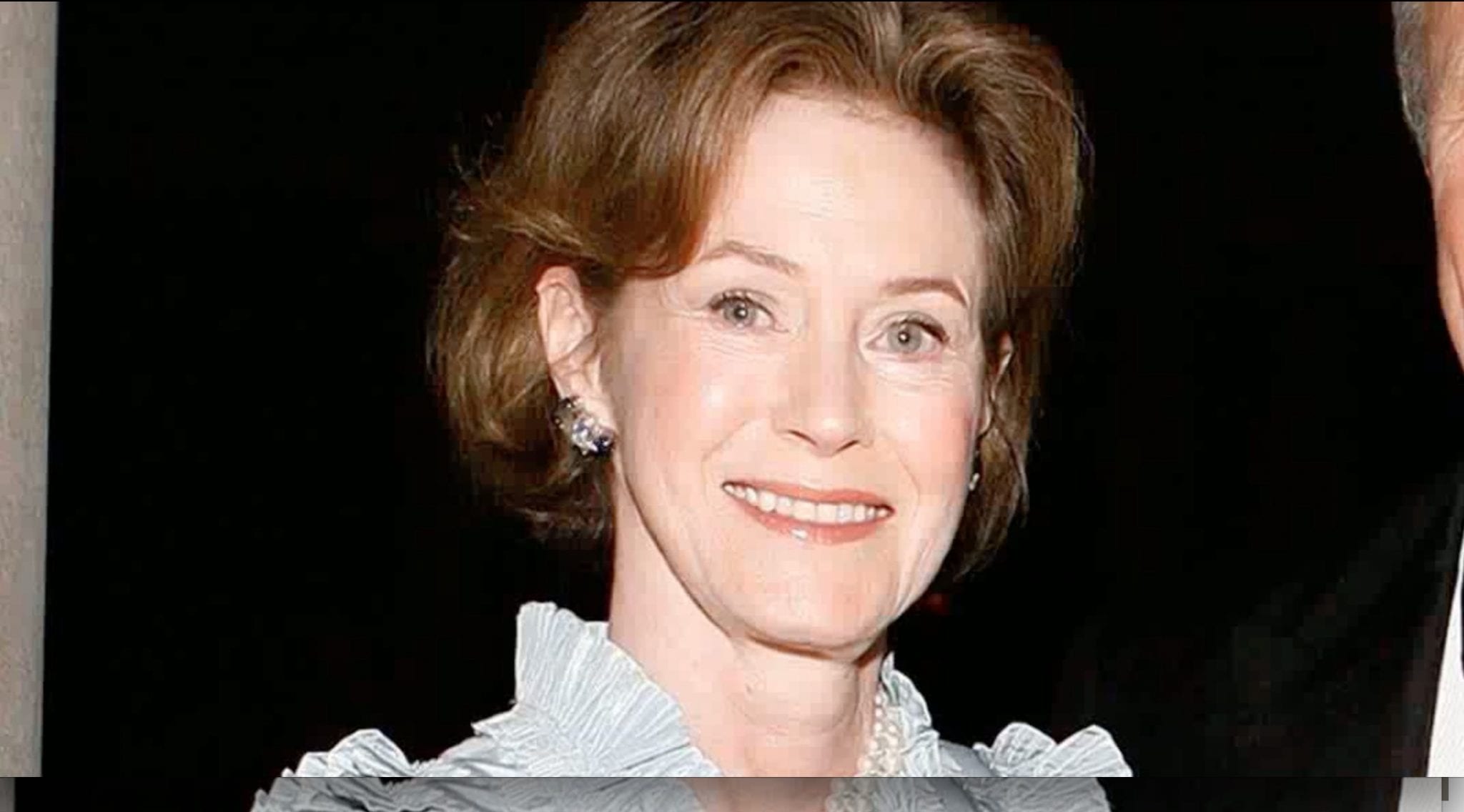 In all the Michael Cohen hoo-ha — the latest ID’ing Sean Hannity as a Cohen client — we learn the federal judge involved is… Kimba Wood. (And yes, full disclosure, I write columns over there at the Hannity website.)

And for those who came in late? Let’s recall just who Kimba Wood is — and wonder why in the world she is within a country mile of a case involving Donald Trump’s lawyer. So let’s jump in the time machine and go back to… February 6, 1993. Here is the front page headline from the New York Times:

The story reads, in part, this way, bold print supplied:

Judge Kimba M. Wood withdrew today from consideration for Attorney General after the White House learned she had employed an illegal immigrant as a baby sitter before it became illegal to do so.

That stunning setback left President Clinton scrambling for the third time to fill the post.

There was no evidence that Judge Wood, who sits on the Federal District Court in New York, did anything illegal, but White House officials said they told her to withdraw because they feared the kind of public outcry that struck down the Administration’s first choice for Attorney General, Zoe Baird, who had employed two illegal aliens for household work.

… As late as Thursday evening, White House officials confidently said Mr. Clinton planned to announce Judge Wood’s selection as soon as background checks were completed. But what the officials viewed as a done deal disintegrated later that night as officials questioned Judge Wood and studied documents she had submitted.

… Complicating the matter is that the President is not ready to name a substitute candidate. Officials had initially said that if Judge Wood did not pass the background checks they would probably turn to Charles F. C. Ruff, a Washington lawyer and former senior Justice Department official, or former Gov. Gerald L. Baliles of Virginia. But today, they said that questions had been raised about whether Mr. Ruff had employed an illegal alien and that the President was not ready to pick Mr. Baliles.

George Stephanopoulos, the White House communications director, sought in an interview tonight to play down any implication that the Administration was at fault. He said Judge Wood was asked about the issue of illegal aliens once by the President and twice by Bernard W. Nussbaum, the White House chief counsel.

… Officials close to the White House said the trouble developed in part because President Clinton, pressed by his wife, Hillary Rodham Clinton, insisted on finding a woman for Attorney General, which limited the field of Democratic contenders with a law-enforcement background.”

… Judge Wood is 49 years old and was appointed to the court by President Ronald Reagan in 1988. She had no experience with criminal cases before her appointment and had never conducted a trial before a jury. But she has earned the respect of other judges and lawyers who have come before her, and the President and Mrs. Clinton are said to have been favorably impressed when each interviewed her last week.

Note well. Wood was appointed to the bench by… Ronald Reagan. But it was Bill and Hillary Clinton who pressed to make her Attorney General. And Hillary Clinton personally interviewed Wood for the job. One of the amusing sidelights is that the Clintons were embarrassed when they learned that in 1966, when she was a student in London, Wood had — stop laughing! — “on a lark… signed up for the bunny trainee program for the Playboy Club there. She told [Clinton] she quit after five days, before actually being employed by the club or drawing a paycheck.” When this came out Wood was immediately dubbed “The Love Judge.”

This news of Wood’s involvement comes on top of the raid that created the case in the first place. The Justice Department — in the person of Deputy AG Rod Rosenstein — authorized the raid on the office, home, and hotel room of Donald Trump’s personal lawyer. That would be the very same Donald Trump who defeated one Hillary Clinton for president — the self-same Hillary Clinton who, according to the New York Times in February of 1993, played a role in getting then-President Clinton to nominate Judge Wood for Attorney General of the United States by personally interviewing Wood.

Anyway one wants to slice it, Judge Wood has a massive and vivid appearance of a conflict of interest. Can you imagine the reverse? President Hillary Clinton’s personal attorney has her office raided, files are scooped up and the judge in the case is an ally of — a former President Donald Trump?

This whole thing stinks to high heaven. Add this to the raid on Cohen’s office, home, and hotel in the first place? Alan Dershowitz, the Harvard law professor emeritus — and famously a liberal Democrat who was a Hillary Clinton supporter — has been adamant in saying:

“Look, this is a very dangerous day today for lawyer-client relations. I deal with clients all the time. I tell them on my word of honor that what you tell me is sacrosanct. And now they say, just based on probable cause, even though there was cooperation with Cohen, they can burst into the office, grab all the computers, and then give it to another FBI agent, and say, ‘You’re the firewall. We want you now to read all these confidential communications, tell us which ones we can get and which ones we can’t get.’ You know, if this were — the shoe were on the other foot, if this were Hillary Clinton being investigated, and they went into her lawyer’s office, the ACLU would be on every television station in America jumping up and down. The deafening silence of the ACLU and civil libertarians about the intrusion into the lawyer-client confidentiality is really appalling.”

So what do we have here? What we have, per Dershowitz, is a wildly improper abuse that was the raid on Cohen’s office, home, and hotel room, with federal agents vacuuming up all kinds of attorney/client privileged material that they have no right to. Then, when Cohen goes to court the Judge on the bench is, yes indeed, a would be Bill Clinton Attorney General who was a Hillary Clinton favorite, the latter, according to the New York Times.And instead of recusing herself for an obvious conflict of interest, the Judge goes out of her way to drag into this the name of … lo and behold!… another Clinton enemy: Sean Hannity. The latter having absolutely nothing to do with the case. Suddenly in this judge-caused firestorm against a Clinton enemy, Hannity has to take time to be clear on exactly what his relationship was with Cohen: His statement reads:

Michael Cohen has never represented me in any matter. I never retained him, received an invoice, or paid legal fees. I have occasionally had brief discussions with him about legal questions about which I wanted his input and perspective.

I assumed those conversations were confidential, but to be absolutely clear they never involved any matter between me and a third party.

This situation is way, way out of control. And make no mistake the reason. The fact is that an Outsider was elected President of the United States by millions of Americans who were fed up to their teeth with the arrogance and what’s-in-it-for-me attitude of Swamp denizens — of both parties. This election is being resisted by all of these self-centered Swamp dwellers — wherever they pop up. It could be in the top leadership of the FBI, the bowels of the Justice Department or, now, the federal bench in New York City.

If anything is going to make the resolution of Trump supporters even more emphatic it is game playing with the American system of justice just like this.

The move to involve Hannity is going to backfire. Big time. It is one more in a string of examples of what happens if one takes on the American Old Order. They will come for you — whether you are the duly-elected President of the United States or a television and radio commentator or any and everyone else anywhere in the land perceived as a threat to their power.

Stay tuned. We are not even close to hearing the last of this.