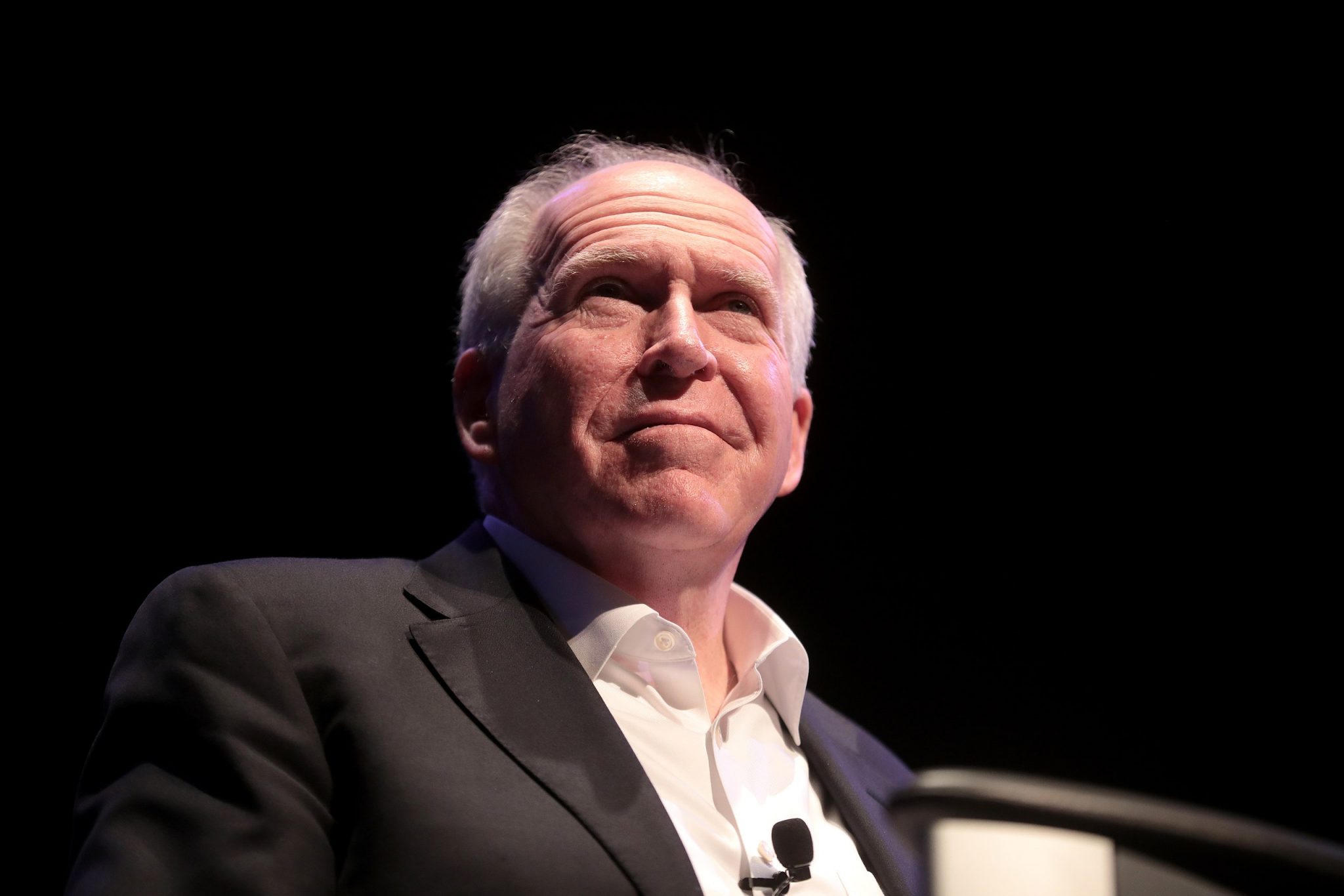 In 2016, John Brennan, Obama’s CIA director, acknowledged that he had once voted for Gus Hall, the Communist Party’s candidate. Brennan feared that his vote for Hall in 1976 threatened to doom his chances of entering the CIA. But it didn’t, Brennan happily noted to the Congressional Black Caucus Foundation: “So if back in 1980, John Brennan was allowed to say, ‘I voted for the Communist Party with Gus Hall’ … and still got through, rest assured that your rights and your expressions and your freedom of speech as Americans is something that’s not going to be disqualifying of you as you pursue a career in government.”

Brennan’s rise to the top of the CIA speaks volumes about the liberal transformation of America. He went from supporting the Soviet Union at the height of the Cold War to running one of America’s most important defense agencies. Brennan is a symbol of the Left’s long march through American’s institutions. It steadily absorbed those institutions, particularly conservative ones, into the counterculture.

The radicalism of Brennan and his cronies now stands culturally regnant. Anti-American stances once thought outlandish are now considered thoroughly mainstream. Brennan explained his vote for Hall as an expression of his “unhappiness with the system.” Those running the “system” today are still unhappy with it, except now they enjoy the power to impose their anti-Americanism from the top of it.

The anti-Americanism of Brennan, of course, no longer receives that label. Since the counterculture has become the culture, liberal pols can redefine anti-Americanism as strides toward a new and better America. Samuel Johnson said that the last refuge of a political scoundrel is patriotism. Not anymore. Today’s political darlings get ahead by calling America “systemically racist” and questioning the country’s founding documents. They speak not of the country’s strength but of its weakness.

Since the counterculture has become the culture, liberal pols can redefine anti-Americanism as strides toward a new and better America.

Perhaps Benedict Arnold will have to be rehabilitated. After all, as the New York Times teaches through its “1619 Project,” the colonists were the bad guys in the Revolutionary War. For John Brennan, America wasn’t even the good guy in the Cold War. Brennan was rooting for the Reds. If an opponent of America during the Cold War can become CIA director, anything is possible.

The breaking of America’s most patriotic citadels is on open display in the Biden administration. Biden recognizes that the fundamentally transformed America of his dreams is impossible unless those agencies are reduced to “wokeness.” Yesterday’s treachery is today’s patriotism. Applicants with resumes similar to Brennan’s are not shunned but celebrated. Were Daniel Ellsberg, the Pentagon Papers thief, a few decades younger, he might have been offered a job at the Defense Department.

The CIA’s recent ads touting the wokeness of its employees — one ad features an “intersectional” woman, another a CIA librarian who thrilled at the sight of a “rainbow on then-Director Brennan’s lanyard” — indicate a changed ethos that not even the infamous Church Committee could have foreseen. That 1975 Senate inquiry sought to defang the CIA, but not this much. Brennan has succeeded in creating a CIA in his own image.

While the Biden administration hands out jobs to supporters of Black Lives Matter, its military is on the search for “bigots.” Brennan has gushed that the Biden administration is treating “even libertarians” as potential domestic insurgents. The same liberals who lionized Ellsberg for his unpatriotic dissent now plan to monitor the social media accounts of conservative Christian soldiers who revere the Founding Fathers. And woe to those soldiers who dare criticize the critical race theory and political correctness pervading Joe Biden’s military. A fighter pilot and commander of the Space Force recently got sacked for publishing in his spare time a book entitled Irresistible Revolution: Marxism’s Goal of Conquest & the Unmaking of the American Military.

On the Left’s long march through America’s institutions, it extolled robust and unruly free speech. Now the John Brennans champion its suppression. Imagine how liberals would have reacted in the past if the military under a Republican president had set up a “Countering Extremism Working Group.” They would have been the first to call that an attack on First Amendment protections.

No one is more authoritarian than a triumphant liberal. Liberalism decries “authoritarian” institutions, such as the Catholic Church or the military, until it runs them. Once in power, liberals then make the authoritarians they displaced look like pikers. Converting conservative institutions into instruments of liberal power has long been the goal of the Left, and liberals wield that power, once secured, with dogmatic tenacity.

Gus Hall somewhere must be smiling. That communist agitator assumed change would come in America from outside government. John Brennan and other radicals have proven otherwise. They show that the most sweeping revolutions come not against government power but with it.