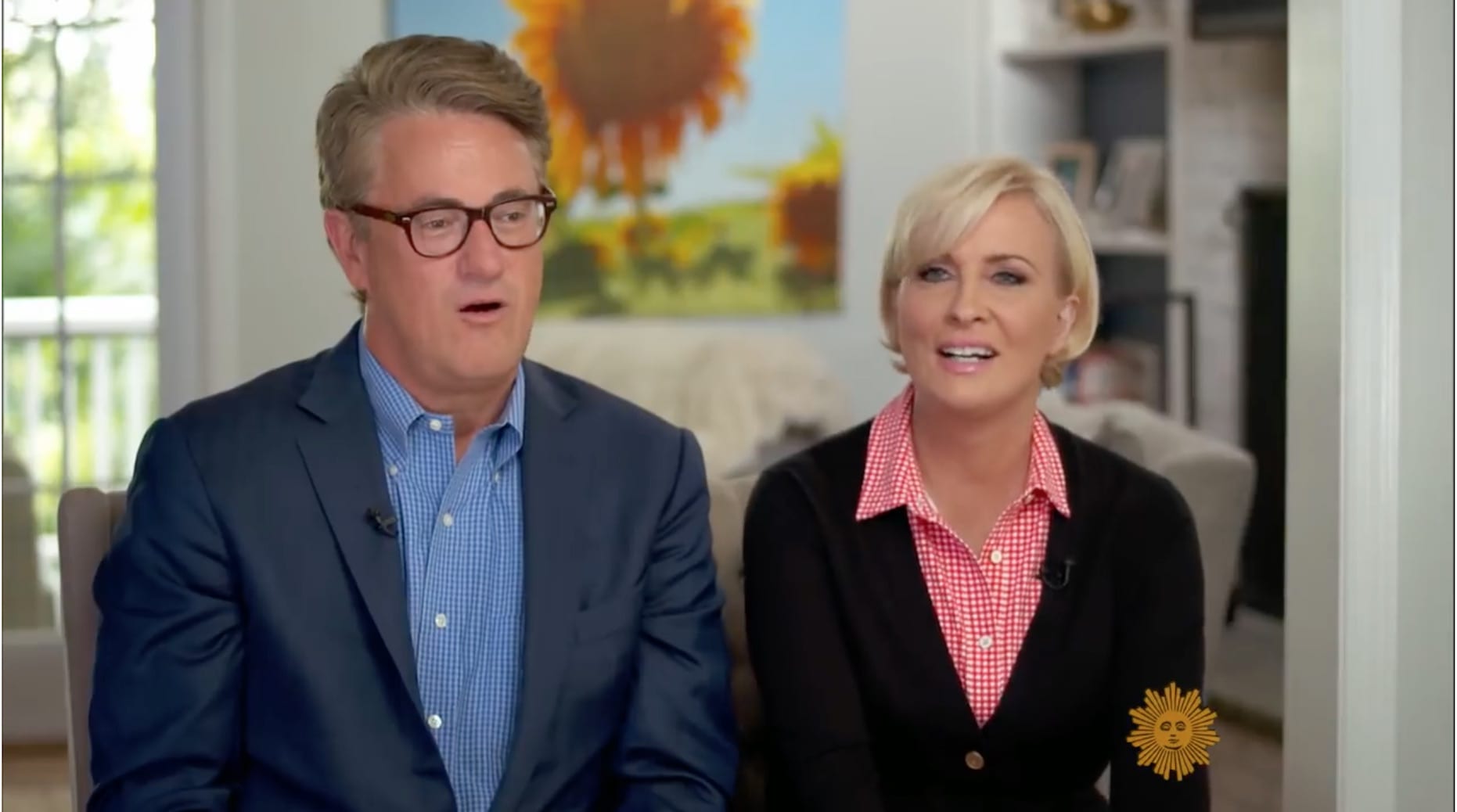 In the wake of the attacks on the Second Amendment, now they’re coming for the First Amendment.

And — but of course — Joe Scarborough is joining. But very, very selectively because, of course, the last thing he wants to do is have his own MSNBC removed from the air because, in Joe’s words, MSNBC — and in this case quite specifically fellow MSNBC host Rachel Maddow — “incite violence.”

Here’s the first part of the story per the Daily Caller. The headline:

MSNBC host and former Republican Joe Scarborough has joined the liberal campaign against the NRA and is calling on video streaming services to ban the NRA’s channel from their platforms.

Liberal activists are trying to pressure Amazon, Apple, Google and Roku into banning NRA from their platforms as a response to last week’s Florida school shooting, which followed a series of law enforcement failures. Scarborough jumped on the bandwagon Friday evening and called on the companies to censor NRATV.

“Lawyers from @Apple @amazon @Google and @RokuPlayer should watch these disturbing videos and remove this channel. They incite violence and could make anyone streaming them liable,” Scarborough claimed.

And Joe’s co-host Mika Brzezinski chimed in saying to FedEx that the company should stop with the discounts for NRA members because, yes, the NRA “incite(s) violence.”

So let’s put aside the fact that two members of the left-wing media have set themselves up as the opponents of a free press and free speech. (Other than that, Mrs. Lincoln, how was the play? It’s only the First Amendment.)

Let’s focus on the sheer hypocrisy here about what to do with MSNBC, Rachel Maddow, and the incitement of violence.

Not to be self-referential, but a while back I wrote up these interesting words of an MSNBC fan. The fan said:

“One of my favorite TV shows is The Rachel Maddow Show on MSNBC.”

As I noted in NewsBusters:

Who said that? Actually it was the lead sentence in a letter to the letters section of the Belleville News-Democrat, the paper of record in Belleville, Illinois. Who wrote it? That would be left-leaning James Hodgkinson, the man who shot and almost killed the Trump-supporting Congressman Steve Scalise while wounding several others as they practiced for a congressional baseball game between Republicans and Democrats in Alexandria, Virginia.

So a guy who openly professed his admiration for Ms. Maddow and the network — Joe and Mika’s network — that airs her show was, according to Joe and Mika’s logic, incited to violence because of… Maddow and MSNBC. A network where the President and Republicans are routinely trashed, including by Joe and Mika themselves.

Thus the obvious question? Should MSNBC be taken off the air? Should Rachel Maddow? Will Joe and Mika sit down in front of the cameras and confess they work for a network that has incited violence, almost killed a United States Congressman and three others? And so they are quitting MSNBC because it will give them a clear conscience?

What is so utterly typical of the Left, and at this point Joe Scarborough is long gone into the far patches of the Looney Left, is their desire for control. And the desire to control the speech of others is near if not at the very top of the list. This is what is going on in all those headlines about this or that college and speech codes, or requiring the National Guard or thousands of dollars’ worth of police protection for this or that conservative speaker.

What Joe and Mika are demanding is that the NRA, on the way to having its Second Amendment rights eliminated, be removed from its own First Amendment rights on the grounds that it “incites violence.” But in fact when their own MSNBC network and one of their co-hosts turns up as a favorite of an actual non-NRA shooter who almost kills three people — well, then silence. MSNBC and Rachel Maddow be taken off the air because they incited this nut to violence? Shhhh. And double-standards be damned.

All of which illustrates the very dangerous path down the road of censorship that Joe and Mika and their philosophical soul mates would have Americans go. They and their fellow liberal media elites will be the judge of what is acceptable speech — and what is not.

But what if the rule makers take up Joe and Mika’s pro-censorship beliefs — but have different targets? Planned Parenthood posts videos on YouTube. Should those who see Planned Parenthood as an abortion mill funded by tax dollars get to demand that YouTube drop the group and ban it from YouTube altogether? What of some group out there that opposes gay marriage? Should they be removed from some social media outlet that allows them to push their views?

The answer in this free society is… no. Emphatically no.

But that’s not where Joe and Mika and others want to take us. They are demanding not only censorship but they are claiming the right to be the censors. Removing your right to decide what you will watch — or not.

It is, admittedly, a bit mind-boggling to watch a one-time Republican Congressman turn into a hard core advocate of censorship, targeting the First Amendment rights of Americans when he isn’t going after their Second Amendment rights. But the world spins.

And in the case of Joe Scarborough and Mika it is now spinning hard left — to a jackbooted, censored America that is as far from the Bill of Rights and freedom as it is possible to get.