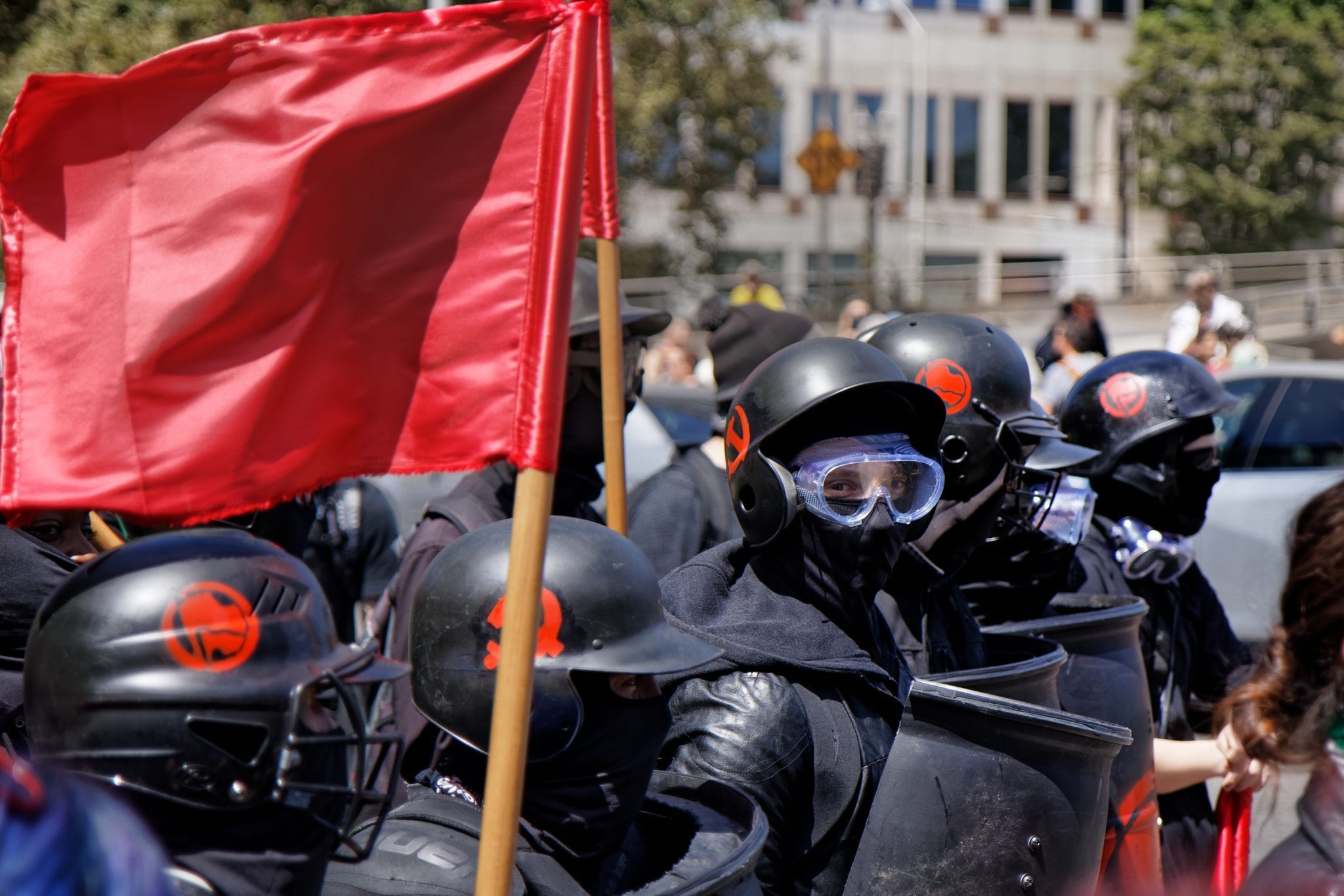 Three years ago, writing in the Federalist, I noted how the Left’s embrace — and political deployment — of identity politics had given rise to, and become a perverse justification for (in its own hive mind), white supremacy, a blunt rejection of the collective call by the Left and academia to demonize whiteness.

I pored over and unpacked the “alt-right manifesto” of an influential “thought leader” of the movement and found what was easily recognizable: a progressive strain placing it on par with La Raza, BLM, CAIR, and Occupy (now Antifa). It’s essentially Farrakhanism in a bedsheet.

The El Paso shooter, if we believe his manifesto, was, for all intents and purposes, a confused National Socialist. He trafficked in identity and grievance politics while supporting much of the Green New Deal. He railed against capitalism and jobs lost to automation. He’s a leftist — as were the Nazis — who found himself part of an unprotected class; the Dayton shooter supported, in addition to Elizabeth Warren and Bernie Sanders, Antifa, which may have actually provided him gun tips in advance of his eventual spree killing. He, too, was a leftist.

This is why conservatives should deplore all identity and grievance politics, regardless of the color they take. Intersectionality, however, is the Left’s stock and trade, from the academy to the media to Hollywood. Until that is marginalized, you won’t kill white supremacy, despite pleadings by the editors at National Review.

Here’s why: Many of the motivations of the white supremacist movement, which Vox Day couched as “alt-right” in his alt-right “manifesto,” were predictable and — again, however perversely — understandable: in a political and cultural ethos wherein white straight Christian males have become one of the last “identity groups” eligible for collective hostility and scapegoating, there was bound to be defensive pushback. In my piece, I commiserated with some of the alt-right’s concerns while rejecting its underlying philosophy; I counseled the rejection of all identity politics and intersectionality, suggesting instead a return to founding principles: constitutionalism, federalism, republicanism, the rule of law, assimilation, and — most crucially — individualism, individual rights, and autonomy.

When Rep. Ayanna Pressley spoke out recently demanding people of color or non-traditional sexuality or certain religions she deems marginalized talk with a voice that matches their public face (“black,” “brown,” “queer,” “Muslim”), what she was demanding was rank tribalism.

What comes to count as an acceptable “voice,” in Pressley’s dangerous and dehumanizing formulation, is of course tied to a political stance, with progressives determining for all what constitutes “authenticity.” Not only is this dictate blatantly racist, homophobic, and wrong, but it has the further — and intended — effect of delegitimating individuality: there can be no black face with a black voice that doesn’t stridently echo the black identity narrative progressives like Pressley have adopted and sanctioned. And the preferred identity narratives on the left are always grievance narratives posing as empowerment narratives.

It is thus inevitable that, in a cultural and political climate that rewards and empowers identity groups while it brackets individualism as some deplorable and dangerous social ill, those most marginalized by the prevailing norm would seek to gain power and “legitimacy” within that very system.

Intersectionality developed, then, as a way to prioritize the leftist grievance scale, but the damage had already been done: as a free-floating individual in a political and cultural climate, one was rendered less than powerless (as he perceived it) in the ascendant identity hierarchy; yet in a group, for such individuals, the perception of regained political power and renewed purpose was able to take root. Thus, white supremacy became the extreme version of — and mirror image to — those group identities declaring themselves deserving of special dispensation. Perversely, it was being incentivized by a political milieu that had organized to marginalize it.

And this is what we see now: anyone not hewing to leftist dogma is labeled a white supremacist, or racist, or –phobe of some kind, and this frees up a fringe to embrace the designation and marshal it for power. The resurgence of white supremacy is but the manifestation of a competing identity narrative in a toxic, Balkanized identity politics culture.

Unless and until the foundations that undergird this culture are razed, it won’t itself be effectively eradicated. It will merely go deeper underground, where it will become more difficult to locate and eradicate.

Trump, I thought back in 2016, had given some cover to this new grievance narrative. But his presidency has shown a clear rejection of “white supremacy,” opting instead for an America First platform that has lifted (at least economically) every minority group, age group, and sex. It is a patriotic platform, not a racialist one, and as a result it has augured the reformation of the idea that the U.S. is a propositional nation. Trump rejected the “genetic heritage” and “white culture” alt-right leaders promoted as essential — in the strictest sense of blood and genes — to the country’s salvation. As a result, white supremacists like Richard Spencer, who in a recent CNN appearance noted that most white supremacists don’t support the president, have rejected Trumpism as anathema to their essentialist longings.

To the Left and adepts of identity politics, this return to the dignity of the individual is an existential threat to their political influence. Individuals thinking and acting individually defang bloc voting by identity, which is key to the Left’s coalition power. And the Left has shown in the wake of recent shootings and civil unrest that it will not surrender its animating, identity politics program, which it continues ruthlessly to enforce through shaming, doxxing, boycotts, media propaganda, PC language, and physical intimidation. This totalitarian political impulse is at odds with our propositional nation.

It follows that stamping out white supremacy must happen either by force, or by thoroughly and completely rejecting the identity politics and intersectionality the Left has mapped over the country and its discourse. We are a country of individuals. We need to act like it.

It’s time to declare war on identity politics. It may feel good to single one group out — hell, you might even believe it necessary — but if you don’t destroy the foundation, you’re just trying to fix a single broken window. During a rainstorm. And the rain is made of rocks.

Unless and until you understand identity politics — how and why it works and from where it draws its “intellectual” power — you will not be able to stop it. Pumping your virtue glands does nothing but add to the foundation’s decay.