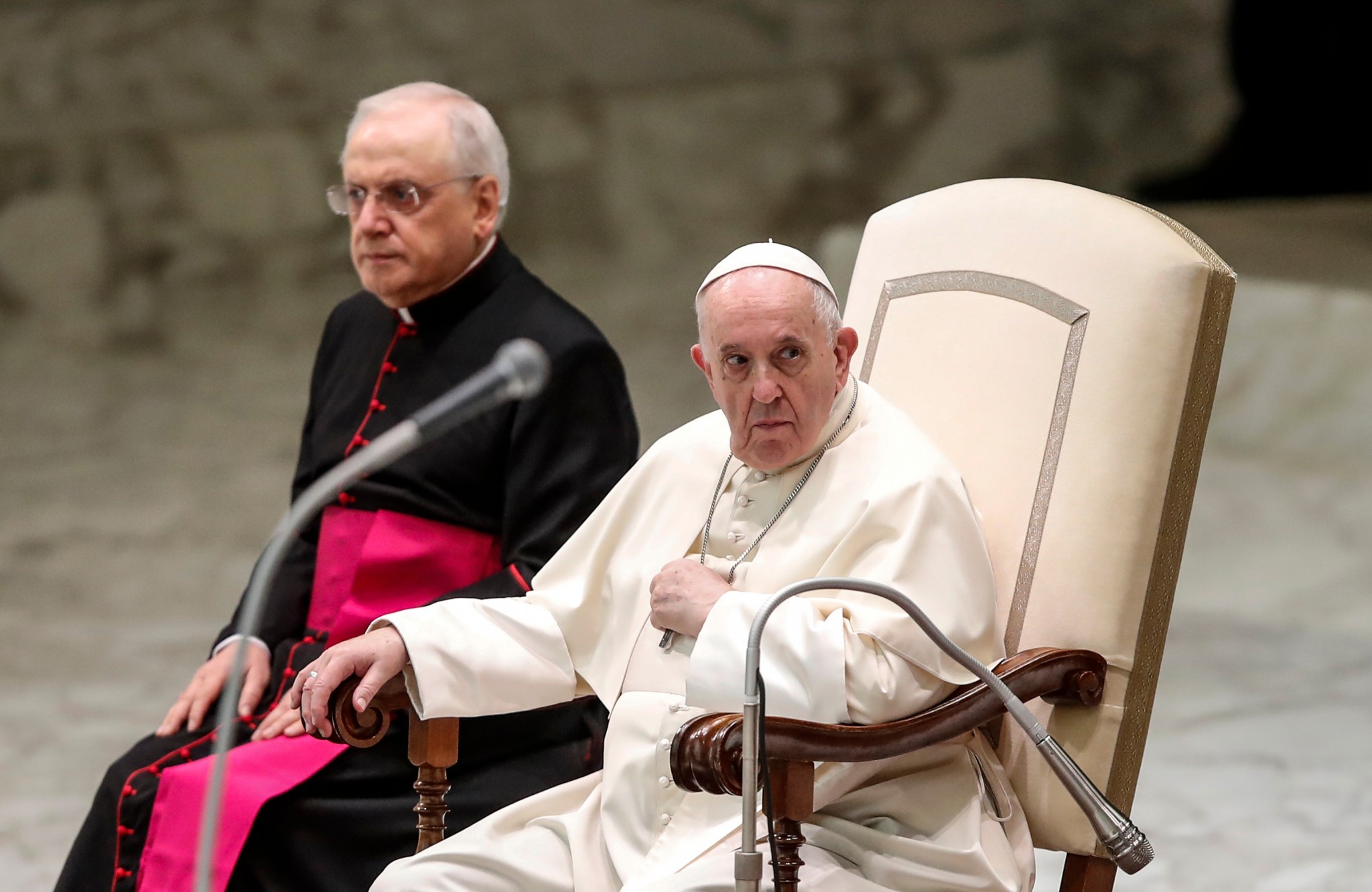 The most prominent Catholic leader in Texas, Cardinal Daniel DiNardo, the archbishop of Houston-Galveston, made headlines this past week. On the very same day the Supreme Court decided not to block Texas’s new abortion laws — an excellent opportunity for a headline-making quote — the good Cardinal used his bully pulpit to prohibit the Latin Mass in certain Houston parishes.

Cardinal DiNardo, alas, was taking his cue from the top. In July, Pope Francis put his thumb in the eye of those faithful Catholics dutifully trying to ignore his ongoing flirtation with the anti-Christian Left. He issued an Apostolic Letter cracking down on the Latin Mass, the revival of which over the last 30 years has been the greatest boon to American Catholicism since Fulton Sheen discovered television.

Pope Francis, a Jesuit, gives individual bishops the power to “regulate” the Latin revival. That said, papal dictates such as “take care not to authorize the establishment of new groups” leave little doubt about his long-term intentions. The pope’s gesture struck many Catholics as so gratuitously self-destructive that it revived the old joke, “What’s the difference between Baptists and Jesuits?” Answer: “Baptists know they’re not Catholic.”

Some background is in order. In the 1960s, the winds of change that swept through the Western world swept through the Catholic Church with particular gusto. Inexplicably lost in the whirlwind was the traditional Latin Mass. The new Mass that replaced it, the “Novus Ordo” as traditionalists call it, abandoned not only the Latin but also much of the liturgy, the ritual, the music, the mystery, and the sacredness that made Roman Catholicism so distinctive.

Although most priests adapted in good faith, not all did. Now facing the congregation, too many priests yielded to the temptation to play to the crowd. A notorious few recruited mimes, dancers, Halloween witches, and, yes, clowns to spice the Mass up.

For 2,000 years the Catholic Church was “it,” “the” church, the “real thing.” It had survived—nearly unchanged—persecution, heresies, and even the Protestant Reformulation (though this last cost a good chunk of market share). Over the years, too, the church had developed an enviable level of brand identification. Then along come Vatican II and the ecumenical movement, and all the rules are changed without even test marketing the new ones.

Coca-Cola was quick to recognize its mistake. The company promptly brought back the old formula as “Classic Coke,” which drove the “New Coke” from the market and soon reestablished itself as “Coca-Cola.”

Unbeknownst to me at the time, the now sainted Pope John Paul II was moving in a direction not unlike that of the Coke execs, if a good deal more cautiously. In 1984, the pope, as one Catholic site put it, “heard the cries of woe coming from the People of God who had been deprived of their birthright” and reauthorized the Latin Mass in limited form. In 1988, the pope threw the doors open wider, allowing priests who had been keeping the tradition alive underground to come in from the cold.

Then, for me at least, Providence intervened. In 1997, I heard that a local church had revived the traditional Latin Mass. At the time, I was doing a weekly feature for a Kansas City television station, and my day to shoot fell on All Saints Day. I approached the priest, and he approved my request to showcase the Mass. Encouraged by the public response, the priest’s order, the FSSP — from the Latin “Fraternitas Sacerdotalis Sancti Petri” — contracted with me to produce a documentary about the revival of the Latin Mass, culminating with the FSSP’s 10th anniversary celebration in Rome.

During our 1998 shoot in the Rome, I had the chance to interview Cardinal Joseph Ratzinger, the future Pope Benedict XVI and a champion of the Latin Mass. Exposed to Ratzinger’s wisdom and the sacredness of the old rite, I came in from the cold as well and have been attending a traditional Mass in Kansas City ever since. 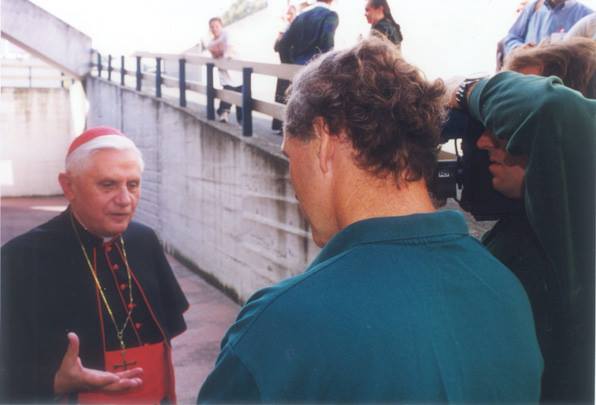 Wherever I travel, here or abroad, I seek out a Latin Mass as well. The language is the same. So is the ritual. So are the politics. If some Kansas City parishes operate like wholly owned subsidiaries of the Democratic Party, I have never seen so much as a single “Obama” or Hillary” or “Biden” bumper sticker in my church’s parking lot. Although our priests generally steer clear of party politics, I still remember fondly one priest’s reassurance in 2012 that a Catholic could vote in good conscience for a Mormon given that Mitt Romney was running against “the Archbishop of Satan.”

Traditionalists are almost to a person conservative, both socially and politically. The median family size at my church is about five or six. Several of these families have sent their children off to religious orders. In one large family, three of the children have gone. Unlike the Church writ large, there is no shortage of priests and nuns in the traditional orders.

These people live their faith. Every child comes to Mass with a father. Every child over two can sit without undo fuss for up to 90 incomprehensible minutes. As far I can see, there is little, if any, ADD or ADHD among the kids and no obesity. The high masses feature as many as 30 or more altar boys. By contrast, a Novus Ordo mass I attended not long ago had one “server,” a teenage girl who fiddled with her nails while the priest gave his sermon.

The COVID season highlighted the difference between the traditional churches and the diocesan ones. After a state-enforced shutdown for two months, our church opened in May 2020 without any specific instruction from the pastor. Unprompted, people packed the pews each Mass with no distancing and few, if any, masks. The priests served communion on the tongue at the altar rail as usual. Coffee and donuts resumed a month or two later. To the best of my knowledge, we’ve had no COVID deaths, no hospitalizations, and no outbreaks.

Attendance swelled. Our newcomers were rebelling against a clergy that yielded too readily to Caesar. A year after we reopened without restrictions, some dioceses were still roping off pews, requiring face masks, and taking temperatures at the door. The rumor that priests in some churches were using water pistols to bless parishioners has turned out to be more than a rumor. One priest in Tennessee staged a photo of himself with a water pistol pretending to baptize a baby “because he thought it was funny.”

Young people do not choose to follow the faith to be entertained. What attracts them is the seriousness and sacredness of these timeless rituals, rituals that many Novus Ordo parishes have begun to adapt, at least in part, including the Latin.

The question looms then as to why Pope Francis is trying to restrict, if not shut down, Catholicism’s most vital movement. The real reason could be much darker that I’d like to think, but the stated reason is “to promote the concord and unity of the Church.” This conclusion the pope reached after consultation with certain bishops, and the bishops likely reached their conclusions after consultation with certain priests, most of them, I suspect, jealous of the traditional rite’s success, fearful of losing parishioners, and wary of the movement’s conservatism.

In my 1985 Wall Street Journal piece, I recommended that the Catholic Church brand the nascent traditional rite as “RC Classic” in the expectation that it would drive the “New Mass” from the market and emerge finally as just “Roman Catholicism.” The pope and his allies seem to think, however, that if they clear the Latin Mass from the shelves, the faithful will flock back to the Novus Ordo, clowns and water pistols notwithstanding.

In this they are tragically mistaken. Flourishing also this past half-century is the Pepsi of our story, the Society of Pius X (SSPX), the traditional order that chose not to come in from the cold in 1988. The pope’s Apostolic Letter makes the SSPX decision seem prescient.

In his response to the pope’s letter, the SSPX superior general, Don Davide Pagliarani, felt no need to varnish the truth. Don Pagliarani argued that the Novus Ordo Mass “represents a Church that, in the final analysis, no longer needs to fight against the world because it no longer has anything to reproach the world.” He continued:

Here is a Church that no longer has the mission of restoring the universal kingship of Our Lord Jesus Christ, because it wants to make its contribution to the creation on this earth of a better world that is freer, more egalitarian and more eco-responsible — and all this with purely human means. This humanist mission that the men of the Church have given themselves must necessarily be matched by a liturgy that is equally humanist and emptied of any notion of sacredness.

Earlier this summer I gave up my life-long Diet Coke habit and switched to Diet Pepsi (I know, they’re both bad for me) after Coca-Cola condemned the State of Georgia’s election reform. Here is hoping that the many good bishops in America will step up and speak out on behalf of the Latin Mass. It was hard enough for me to give up Diet Coke.