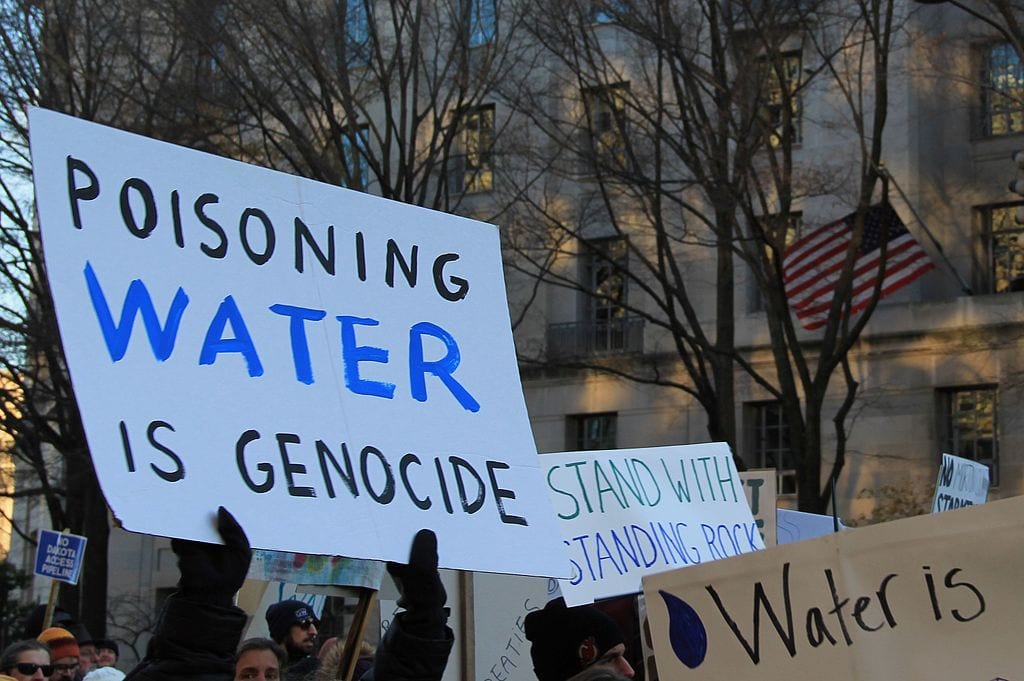 When California Gov. Gavin Newsom proposed a tax on drinking water as part of his newly unveiled budget, I started thinking: Wait a minute. Didn’t “we” already solve the problem of undrinkable water supplies in some largely impoverished parts of the agricultural San Joaquin Valley? In 2012, then-Gov. Jerry Brown signed a law declaring that “every human being has the right to safe, clean, affordable, and accessible water adequate for human consumption, cooking, and sanitary purposes.”

Apparently, declaring something a human right does not automatically solve the underlying problem, or do so even several years later. Who would have suspected as much? Does that mean that Newsom’s main legislative priorities — essentially creating newfound rights to healthcare and housing — might not lead to his desired goals? Go figure. For a variety of reasons, this water-tax proposal serves as an archetype of our state government and of government programs and priorities in general.

Despite the 2012 law’s passage, news reports suggest that at least 360,000 Californians currently receive water from districts that provide undrinkable products. One report found that 6 million Californians rely on water from agencies that have violated state standards at some point or another in the previous six years. As the Sacramento Bee noted in June, “At the Shiloh elementary school near Modesto, drinking fountains sit abandoned, covered in clear plastic.… [I]nrural Alpaugh, a few miles west of Highway 99 in Tulare County, residents… have spent more than four decades worrying about what flows from their faucets.”

That legislation, Assembly Bill 685, made a bold promise, but it is always wise to read the government fine print. It merely required the California Department of Public Health to“consider this state policy when revising, adopting, or establishing policies, regulations, and grant criteria.” Most important, the law does “not expand any obligation of the state to provide water or to require the expenditure of additional resources to develop water infrastructure beyond the obligations that may exist pursuant to subdivision.” In other words, any new bureaucratic paperwork will reflect this new right, but the law imposed no real-world obligations on the state.

So, we have some government-run water agencies that are providing undrinkable water. We have publicly run schools where kids can’t drink the water. As UPI reported, the “arsenic levels in the drinking water at some schools in the San Joaquin Valley exceed the maximum federal safety levels by as much as three times.” We have plenty of state and federal government regulators who are responsible for monitoring drinking water there. Yet the water still is undrinkable.

Now Californians are supposed to expect that the same series of government agencies that already are responsible for providing safe drinking water will be able to fix this problem if only they receive a higher rate of taxation. Can you imagine the outcry in Sacramento if a private company was for decades selling a poisoned product and had no realistic plan to fix it?

Sure, the problem was exacerbated during the recent drought “when desperate farmers pumped groundwater for irrigation,” as the Bee explained. “That lowered water tables throughout the region, bringing nitrates into contact with the intakes of communities’ wells.” This is a topic for another day, but the drought itself was at least partially the fault of the agencies that control the state’s water systems because they failed to provide adequate storage for these inevitable dry times. (I reported for The American Spectator on state and federal water officials who were emptying a large reservoir to save a handful of fish in the middle of the drought.)

That Bee article came out as the Legislature considered a drinking-water tax that would raise an estimated $140 million to address this admittedly serious issue. It would have increased taxes modestly — approximately 95 cents a month on residential users, and as much as $10 a month on businesses. It also would have added a tax on fertilizer and various agricultural operations. It had the support of some agricultural interests given that it would have provided them with some protections from state disciplinary actions. It ultimately failed to pass.

Newsom’s tax plan is short on details, but the proposal would create a new state-run safe drinking water fund that would “enable the State Water Resources Control Board to assist communities, particularly disadvantaged communities, in paying for the short-term and long-term costs of obtaining access to safe and affordable drinking water.”

This leads to another obvious criticism. California’s budget has a nearly $15 billion surplus (if you ignore all the unfunded liabilities and debts mainly related to benefits for public employees) and banks on an unexpected windfall of $21.6 billion in unrestricted revenues. The governor’s record-setting overall budget proposal would spend $209 billion with a general fund of $144 billion.

Those are big numbers. Providing infrastructure such as clean drinking water would seem like one of the most fundamental purposes of government. Yet Newsom will not tap the cash from these huge pots of existing dollars. It’s reminiscent of the way his predecessor held transportation funding hostage — refusing to spend adequate sums on freeways, bridges, and roads unless taxpayers agreed to higher gas taxes and vehicle-license fees.

A 95-cent-a-month tax is not going to cause anyone much pain, but it is indicative of the way that government operates. First, it fails spectacularly in its fundamental responsibilities. Then it makes bold declarations that do nothing to fix a problem of its own making. Then it increases taxes to do the things that it already has money to do. The next step is obvious, too. It will collect the new revenues and the problem will continue unabated. One thing seems likely: these Central Valley residents will still be suffering from undrinkable water decades from now.