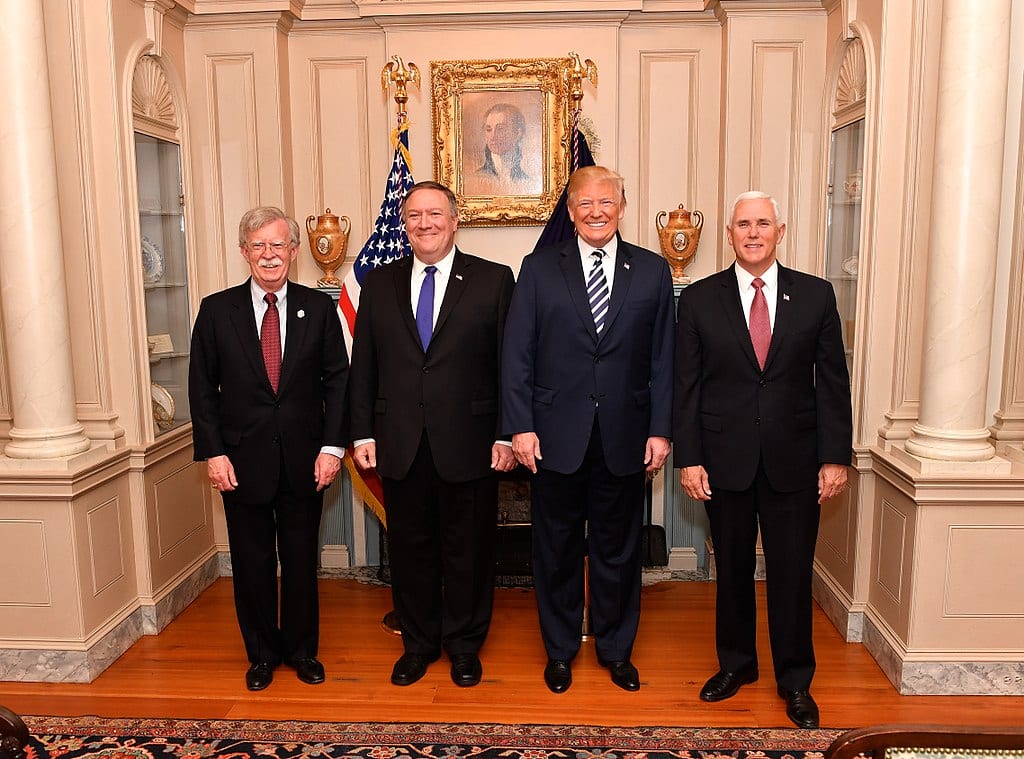 “In this land, the man who gives victory in battle is prized beyond every other man,” or so says Prince Feisal as portrayed by Sir Alec Guinness in the epic 1962 biopic, Lawrence of Arabia. Okay, so Feisal’s quote is apocryphal, and he was referring to the Arab-speaking peoples of the region. But the dog-eat-dog mindset that Feisal was referring to is as relevant to Persian thinking as it is to the Arabs. Lee Smith referred to it as the “Strong Horse” principle.

There was a time, not long ago, in fact, when the mere mention of the U.S. military caused Islamists of both the Sunni and Shiite worlds to tremble in fear. After 20 years of inconclusive combat, though, the idea of American military invincibility has been replaced by utter contempt in both the Arab and Persian minds. In other words, we’re a joke in that part of the world. What’s more, after multiple failed wars, we should quit while we’re behind (at least until we can figure out how best to win in the Sandbox without bleeding ourselves dry).

Recently, it was reported that a Katyusha rocket landed about a mile away from the U.S. embassy in Baghdad, Iraq. Iranian militants operating in a predominantly Shiite neighborhood in Baghdad are suspected… well, maybe. We don’t know. It’s likely we never will. But, the smartest people in Washington (don’t laugh) assume that it’s true. Meanwhile, single-source, unverified intelligence reports indicate that Iran was plotting to attack U.S. military outposts throughout the region and possibly kidnap American servicemen there. Iran also attempted an attack on two Saudi oil tankers operating in the Strait of Hormuz… or, that was the assumption, until it wasn’t.

Not to worry, though, that bastion of truth, CNN, reports that U.S. intelligence detected Iranian ships being loaded with short-range ballistic missiles! Now, whether those ships were preparing to launch them at nearby U.S. forces or if they were merely transporting those missiles remains ambiguous. One would think our military-industrial-intelligence complex would want to know what the Iranian intentions were before spouting off and risking a wider war, but, that’s just not how Washington rolls. Bear in mind that launching short-range ballistic missiles from ships is a very tricky undertaking — one that the Iranians have never appeared capable of actually doing (and the undertaking is very inefficient). So, it is probable — though unconfirmed like everything else about the recent “news” about Iran — that Iran was merely transporting those missiles to another location in the region.

Fears abounded among America’s policy community that Iran was preparing to move those missiles in range near U.S. forces operating in Saudi Arabia, Yemen, Iraq, or Syria. Maybe. Then again, we don’t know!

Can We Cut Through the Fog of War First?

The bottom line here is that the fog of war is setting in. Despite the fact that the United States has been at war basically since 1945, first against the Communists, and then against the Islamists — and that the U.S. government is spending more than $80 billion on its 17 intelligence services for FY2019 — we are somehow less informed about what’s happening in a purported major threat, like Iran, than, say, weather patterns on Mars! The entire reason for having such a bloated military-industrial-intelligence complex is, in part, to reduce the fog of war. It’s also to prevent wasteful military excursions and international misunderstandings.

More dangerously, as the summer months approach Washington, D.C., its denizens can expect war fever as well as humidity to envelop the Swamp. And, just as we act more aggressive than we really want to be at times in order to scare our rivals, the Iranians do the exact same thing to us. It’s possible all of these moves were intended to put us back on our heels. It’s also more than likely that the Iranian leaders are just as stupid as ours are, and seriously miscalculated the American response to their provocations.

Fact is, no one knows anything about what’s occurring in Iran. It’s an intelligence blackhole and has been since the revolution swept the Ayatollah and his fanatical theocracy into power in 1979. Iraq was also an intelligence dead zone in the run-up to the disastrous 2003 invasion. Of course, that lack of intelligence didn’t stop the democratic globalists who run Washington from pushing us into a wasteful conflict. Unsurprisingly, many of the same policymakers who were intimately involved with the Iraq War are similarly engaged with the Trump Administration’s more aggressive Iran policy. Yet, as I noted previously, these policymakers have failed to learn the critical lessons about the mistakes of the Iraq War.

Is It Containment or Invasion?

The objective, as I understood it, of the Trump Administration’s Mideast policy was to reduce the threat of Islamic extremism to the United States, balance against unwanted Russian influence in the region, and roll back the Iranians’ malign presence beyond their own borders. In the process of achieving these aims, the Trump Administration sought to rehabilitate America’s ailing relations with the Sunni Arab states — notably the Kingdom of Saudi Arabia — and Israel. In so doing, a new balance of power in the region between Israel and the Sunni Arab states, backstopped by the United States, would assiduously work to roll back unwanted Iranian influence and contain Iranian ambitions with minimal force — much as how the United States fought and won the Cold War.

Now, however, it appears that we’re blundering our way into another Mideast war that will be just as unwinnable as the last ones we’ve fought. President Trump insists that he doesn’t want war with Iran, as though he’s some hostage in the Oval Office. He’s the president. If he doesn’t want war with Iran now, then we don’t have a war with them. It’s possible that he’s playing good cop to his national security adviser John Bolton’s bad cop, in the hopes of getting a great deal with Iran. We can only be so lucky. Given the presence of many former George W. Bush neocons in top tier positions in the Trump Administration, though, this prospect seems unlikely. And, given how poorly our intelligence services have performed in penetrating opaque regimes, grave strategic miscalculations will be made as the democratic globalists who populate the administration rush to war.

Perhaps our strike on Iran will be limited to airstrikes or debilitating the oil-rich Kharg Island in order to further decimate Iran’s energy sector, as some have suggested. This is certainly a better option than a full-fledged invasion of Iran. However, this more limited military option fails to answer the critical question: How will Iran retaliate?

When pressed by his overzealous military advisers to invade Cuba during the Cuban Missile Crisis in 1962, then-President John F. Kennedy demanded to know how the Soviets would respond. His military men could only answer that the Soviets would not retaliate, because retaliating would lead to the unthinkable: general nuclear war between the two Superpowers. Of course, Kennedy knew full well that Moscow would have to respond, which is why he resisted the military advice and focused on the less popular, though, ultimately, safer approach of negotiations. While Iran is not the Soviet Union, it still has the capability to do considerable harm to American forces in the region and to complicate U.S. foreign policy in general.

Make no mistake: Iran is a threat. Yet, that threat is not so grave that we must invade another Mideast state. Containment, covert action, and relying on regional partners, such as Israel and the Sunni Arab states, to drive the policies against Iran is key. If the Israelis and Sunni Arabs are unwilling to make the ultimate sacrifice in war against Iran, why should we?

It’s likely that Iran has a rudimentary nuclear weapons capability. Why have they not used it? What’s their plan? I suspect that they would use such weapons if their arsenal were more developed, but as it stands Iran’s leadership knows they cannot win in a war against the United States. Perhaps Washington should focus on massive increases in its intelligence collection operations in Iran to answer some of these questions rather than mindlessly burbling about military escalation against Iran — especially since the mere threat of American military action is no longer sufficient to cow Mideast enemies into submission.