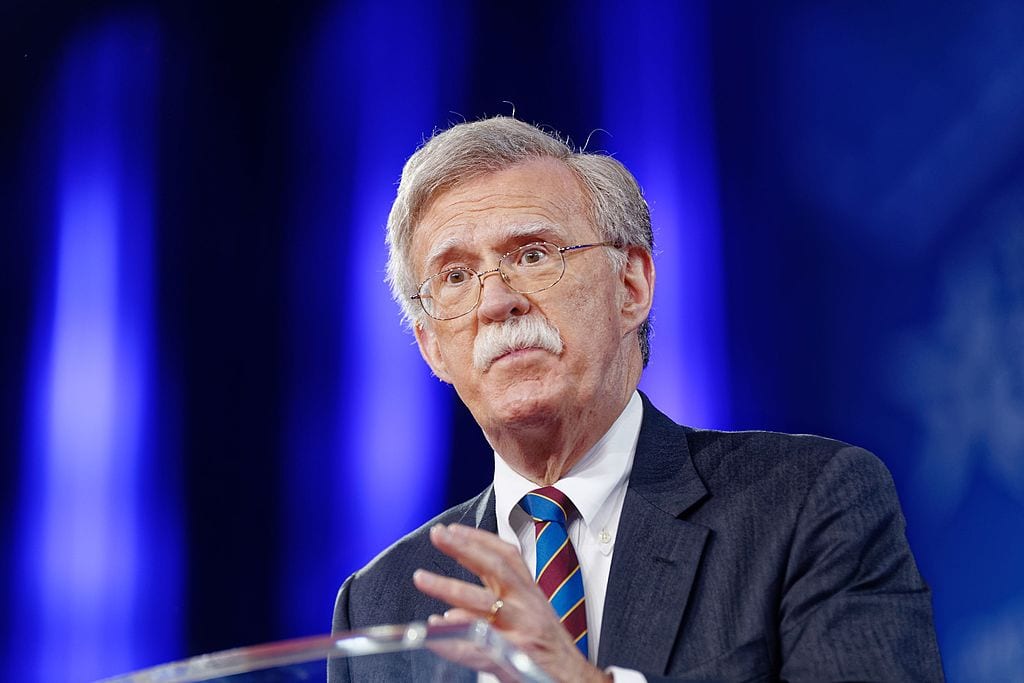 Recently, the Trump Administration announced that it was deploying both an American aircraft carrier as well as B-52 bombers to the Middle East as a show of force against the Iranians. According to National Security Adviser John Bolton, intelligence provided by Israel suggested that Iranian proxies were readying to strike against U.S. assets in war-torn Syria and against oil tankers passing through the vital oil transit chokepoints known as the Straits of Bab el-Mandeb and Hormuz. More ominously, the president is reportedly reviewing Pentagon war plans for an invasion of Iran. This plan calls for the buildup of 120,000 U.S. troops into the region in a strange replay of the Iraq War of 2003.

Washington’s War Party undoubtedly believes that it has learned the hard lessons of the Iraq War. Many assume that the ill-advised American decision to de-Baathify Iraqi culture (thereby removing the educated technocrats who could have best rehabilitated postwar Iraq simply because they had joined Saddam’s Ba’ath Party) and to disband the Iraqi Army (which rendered tens of thousands of desperate, angry, and well-armed Arab men unemployed) were the main failures of the Iraq War. Certainly, these decisions did not help the American reconstruction effort in Iraq.

But, the biggest problem of all was a lack of proper force size. What was needed was more than 500,000 troops with a dedicated plan of staying in Iraq for decades. What the Pentagon got was a force of around 250,000 troops with a plan that would have seen the bulk of those forces out of Iraq by September 2003. In 2003, as now, the United States simply could not field an army large enough to invade and pacify Iraq while maintaining its global defense posture. So, it fought the Iraq War on the cheap — and it paid the price with interest on the backend. This is the main lesson that few in Washington — particularly the proud members of the bipartisan War Party — have taken to heart.

There is no such thing as a cheap war. And, if you’re not willing to pay the butcher’s bill then don’t go to war.

Iran Is Not Iraq

In Iraq, the United States military faced off against a desperate, rag-tag army that had been weakened by a decade of sanctions. They were also mostly Arabs, with a long history of military ineffectiveness. And, Iraq was dominated by a strongman who professed a secular authoritarian ideology — Baathism — that was deeply unpopular among many Iraqis. When Saddam was removed from power, most Iraqis were happy to see him go. The only concern that the minority Sunni population of Iraq had was that they would suffer political alienation and violent retribution at the hands of their Shiite and Kurdish neighbors once Saddam Hussein, a fellow Sunni, was removed from power. Therefore, keeping the people who happened to have joined Saddam’s Ba’ath Party in order to get decent jobs during his reign, and keeping the core of Saddam’s army intact, would have more quickly stabilized Iraq.

Iran, on the other hand, is a far more functional society than Iraq was in 2003. Iran is led by a virulent Islamist regime that has inculcated in its people a noxious blend of anti-Americanism and anti-Semitism — couched in the rhetoric of their ancient religion. Even if most Iranians are ambivalent about the regime’s fanatical religious and political worldview, the fact remains that few Iranians would greet Americans as liberators.

Also, just as in 2002-03, John Bolton and his fellow neocons assume that they can use unconventional indigenous forces, like the Mujahedin e-Khalq (MEK), as the tip of its spear into Iran. In 2003, the neocons similarly believed that Ahmed Chalabi and his band of political swindlers were the Iraqi government-in-waiting we needed to cheaply stabilize Iraq. That proved to be a disastrous assumption. No one in Iraq knew who Chalabi was or much cared to know about him — let alone support him as their next leader. What Chalabi was good at was lobbying ignorant policymakers in Washington, D.C. and stroking their egos.

Today, the MEK operates similarly. They are a small and weak terrorist organization that has traditionally espoused rabid Marxist and anti-American rhetoric. They’ve also lobbied key members of the War Party, like John Bolton, over the years. What’s more, since 2003, this group has been significantly damaged by Iran. They are a spent force that will be as useful to any American war effort in Iran as Chalabi’s was in Iraq.

Perhaps we could identify opposition elements within Iran to be used to form a postwar government favorable to the United States? There certainly is a viable political opposition to the fervor espoused by the mullahs who control Iran’s political system. Yet, this opposition is a minority. Further, most of these opponents to the regime are patriotic Iranians who would no more be willing to collaborate with an American invasion than they would submit to the fanatical rule of Iran’s hardline leadership. Remember also that the current wave of protests against the clerical leadership of Iran emanate from the most conservative religious towns in Iran. The protesters are not necessarily pro-American. They merely want greater economic and material opportunities, which the current regime has been unable to deliver. Just as with the Arab Spring, this does not mean that the protesters are secular democrats-in-waiting.

Then there is the issue of what to do about whichever institutions survive in a postwar Iran. Obviously, the regime’s ideological enforcers in the Revolutionary Guards Corps and the attendant Qods Force would have to be dismantled. Keep in mind, though, that the ranks of these forces would be better suited for death or imprisonment, as they are the true believers within Iran’s elite society. And, it is likely that these elements would provide the bulk of any resistance to American postwar plans for Iran. More dangerously, these groups are the best organized.

Unlike the Baathists in neighboring Iraq, it is likely that the card-carrying members of the dominant Islamist party in Iran are far more committed to their cause than the Baathists of Iraq ever were. In other words, any postwar reconstruction of Iran would require hundreds of thousands of more troops than Washington has plans to deploy — it would also require far more time and money than what the Trump Administration would want to spend in postwar Iran.

Just as in Iraq, too, Washington should expect little-to-no support from the United Nations during postwar reconstruction. Thus, the burden of rehabilitating Iran would fall squarely on the shoulders of American taxpayers as well as U.S. servicemen and women. Even if the United States forced the Sunni Arab states and Israel to do most of the heavy fighting in any invasion (which we should make a requirement), it is unlikely that these countries would either be able or willing to provide for long-term reconstruction plans.

One should anticipate that the Iranians will wage an unremitting unconventional war against the invasion force. For decades, Iran has worked to develop nuclear weapons. Iran may lack the sophisticated weapons to threaten the United States directly, but they do possess a rudimentary capability that could threaten the U.S. invasion force in ways that Saddam Hussein could have only dreamed about. And, with just 120,000 U.S. troops on the ground, such unconventional attacks against the U.S. force could be truly debilitating.

What’s more, the Iranians have the capability to launch attacks against the Americans with electromagnetic pulse (EMP) weapons — meaning they could incapacitate the technological U.S. invasion force before they could damage the Iranians. The Iranians would also launch a ceaseless wave of cyberattacks not just against American and allied military networks, but also against civilian networks here in the United States. Then, Iran would likely activate its global nexus of terrorist affiliates and charge them with attacking civilian targets in the United States, Europe, Israel, and the Sunni Arab countries. These well-trained, well-funded, and hard-to-track groups could even detonate a dirty bomb in an American city — greatly increasing the cost on the U.S.

My goal is not to dissuade the Trump Administration from taking a harder stand against Iran. Rather, I want it to take a tougher, and smarter, stance on Iran than its predecessors did. Fact is, the regime in Tehran is dangerous to American interests in the region as well as to our allies. Tehran’s commitment to acquiring nuclear arms coupled with its grand strategic ambitions in the region only makes it more threatening. Yet, a regime change war fought along lines similar lines to the Iraq War would end up devastating the American military and the economy, at a time when the Trump Administration is trying to stand against China and Russia.

The Administration must continue its efforts to unite the Israelis and Sunni Arab states against Iran. But it must also signal that Israel and the Sunni Arab states must take point in any fight against Iran — and they must pay us for assisting them in such a campaign. What’s more, if the administration is serious about invading Iran, then it will need to commit far more troops and resources to the war than it wants. Further, the military would have to un-learn the “lessons learned” from the Iraq War lest it lose yet another Mideast conflict.

In my estimation, the costs of invading Iran presently outweigh any benefits. Trump should rein in Bolton and the others in his administration until a better strategy can be crafted.