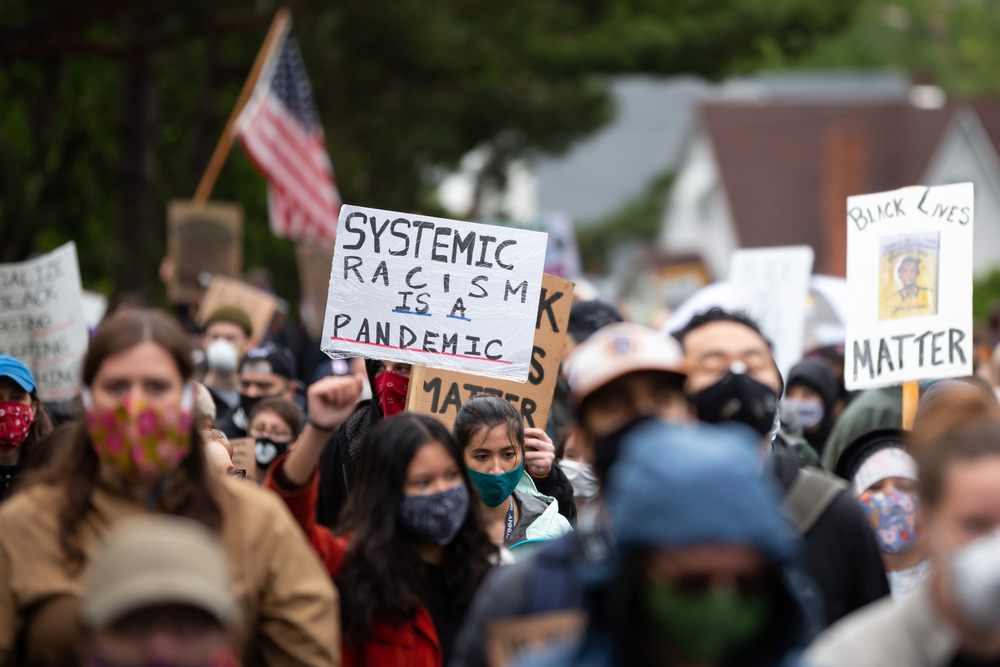 Man is by nature a tribal creature. For many thousands of years, human existence was defined by family connections, with ties of blood and marriage providing the social network that ensured cooperation and support necessary to sustaining life. Loyalty to one’s kinship group — the tribe or clan — was vital to this system of cooperation, and from the deeply rooted tribal nature of human life emerges the sense of national identity that inspires what we call patriotism.

The great British statesman Edmund Burke famously described how a sense of membership in “the little platoon” contributed to the larger interest of national unity:

To be attached to the subdivision, to love the little platoon we belong to in society, is the first principle (the germ as it were) of public affections. It is the first link in the series by which we proceed towards a love to our country, and to mankind. The interest of that portion of social arrangement is a trust in the hands of all those who compose it; and as none but bad men would justify it in abuse, none but traitors would barter it away for their own personal advantage.

It is expected in politics, as a matter of human nature, that citizens will seek to advance and protect the interests of their own particular social class, ethnic group, or religious community. Attachment to our own “little platoon” — mankind’s tribal instinct, adapted to the forms of civilized society — is not irrational, nor is it harmful to the overall project of national unity. Indeed, scholars of statesmanship have long praised Burke for the insight of seeing this kind of group loyalty as “the first principle … of public affections.”

How, then, has this principle of group loyalty become so wickedly warped, and turned into a weapon destructive of all social order, by the contemporary practice of progressive identity politics? Why is tribalism in America now asserting itself in such toxic and ferocious ways?

Most obviously, we can point to the intellectual influence of “critical theory,” otherwise known as Cultural Marxism. Professor Paul Kengor has written extensively on the history of Cultural Marxism, which was imported to the United States by certain academic refugees, principally Theodor Adorno, Herbert Marcuse, and others associated with the Frankfurt School. Student radicals of the 1960s seized upon these ideas, adapted them to their own purposes, and, as the erstwhile hippie peaceniks became university faculty members, smuggled Cultural Marxism into the curriculum of the humanities and social sciences. By the early 1990s, the influence of these ideas had become so prevalent in academia — manifested as an obsession with race, gender, and sexuality — that Dinesh D’Souza wrote an entire book on the subject: Illiberal Education: The Politics of Race and Sex on Campus.

D’Souza’s book popularized the phrase “political correctness” (a term borrowed from Bolshevik jargon) to describe the stultifying effect of the increasingly intolerant mindset in academia. Three decades after D’Souza’s book made “political correctness” part of everyone’s vocabulary, what was once considered a joke — “Look at what those crazy college kids are doing now!” — has become a terrifying force, destroying the careers of anyone who dares speak out against what I’ve called “the Cult of Social Justice.” It seems that scarcely a week passes now without some celebrity being “canceled” for thoughtcrime, and major corporations spend millions on public-relations efforts to express their solidarity with social justice warriors (SJWs) lest they become targets of an activist boycott. Corporate “wokeness” means you could lose your job if anything you post on Facebook offends these PC hall-monitors.

What we are required to believe, according to social justice ideologues, is that a majority of the American population are victims of oppression. Women suffer under the crushing yoke of patriarchy, gay people are victimized by homophobia, and, of course, everyone whose complexion is darker than peachy pink is oppressed by systemic racism. These multiple vectors of oppression are connected in a web of “intersectionality,” so that the United States of America is one gigantic machine manufacturing victimhood on a mass scale. Oppression is our No. 1 industry. Apple makes iPhones, Toyota makes SUVs, and America makes victims.

Don’t laugh. You’re not allowed to notice the absurdity of the claims made by social-justice activists, nor is it permitted to mock them. Anyone who denies that America is oppressing millions of its citizens will be accused of complicity in that oppression. Do you doubt that systemic racism killed George Floyd? You’re obviously a racist! Anyone who suggests Floyd died from a fentanyl overdose is worse than Hitler, according to SJWs. And don’t you dare ask impertinent questions about who is to blame for the murders of “transwomen of color.” Yes, they’re being murdered in places like Chicago by people who don’t fit the profile of right-wing Trump supporters, but SJWs will begin shrieking accusations of “transphobia” if you suggest that being a cross-dressing hooker is inherently dangerous in certain neighborhoods.

Why are facts being ignored or suppressed to maintain these dubious narratives of victimhood and systemic oppression? How has the basic tribalism of human nature — loyalty to the “little platoon,” itself not inherently harmful — been transmogrified into such a dangerously destructive force? Beyond the intellectual influence of Cultural Marxism in academia, partisan politics and communications technology are the principal culprits.

Whatever forces were dividing Americans two or three decades ago, Americans still got most of their information about current events from established sources. That was before the rise of the 24/7 feedback loop of social media, which has the power to amplify certain messages to a deafening roar, while at the same time allowing individuals to “curate” their own media diet. Everybody can limit their information intake to fit their own point of view, reinforcing their beliefs, and this online echo-chamber mechanism inevitably causes many people to develop a paranoid sense of belonging to a narrowly defined “Us” locked into an all-or-nothing struggle against the hostile forces of “Them.” It is little wonder that Professor Glenn Reynolds has likened social media to a virus that induces insanity.

While digital technology has exacerbated the tribal craziness of identity politics, this divisiveness is being encouraged and exploited by the Democratic Party. Think back to where the Democrats were 30 years ago, when D’Souza called attention to the phenomenon of political correctness on campus. In three consecutive presidential elections — 1980, 1984, and 1988 — the Republicans won landslide majorities. In order to win back the White House, the Democrats began examining the demographic composition of the electorate, looking for some cleavage point by which they could break up the Reagan–Bush majority. Poring over exit-poll data and convening focus groups, the Democrats went to work, and with Bill Clinton as their candidate assembled a new coalition.

Part of the Clinton message strategy — and one that Democrats have exploited ever since — was to accuse Republicans of representing forces of hate and division and saying they are to blame for the suffering of victims of oppression. This message has been ably reinforced by the Democrats’ allies in the news media. Who was it, after all, that decided to replay the video of L.A. cops beating Rodney King over and over on CNN until eventually Los Angeles erupted in the worst race riot in recent U.S. history? That episode helped Clinton win the 1992 election, and are we to suppose that this was merely coincidental? Likewise the summer-long wave of racial violence that began with protests over George Floyd’s death last May — just another election-year coincidence? Or is it the case, as I rather suspect, that CNN and other Democrat-controlled media operations are not just randomly choosing local crime stories to turn into national controversies?

There have been a lot of criminal suspects shot by police in America since November 3, but once Joe Biden had secured the presidency on a campaign calling for “unity,” it no long behooved the Democrat-controlled media to continue fomenting riots every time a white cop shot a black suspect. So the media outrage industry turned its attention elsewhere — the January 6 Capitol riot has been a 24/7 topic on CNN for nearly a month now — and once we get through Trump’s second impeachment trial next week, maybe the “unity” Biden promised will begin to materialize.

The challenge for Americans, if we are to survive this destructive barrage of toxic identity-politics propaganda, is to see through the motives of those who seek to divide us. The vast majority of Americans do not spend their days stewing in resentment over “systemic” oppression.

We are not a nation of victims, and neither are we a nation of oppressors. Most of us are just trying to get through the week, pay our bills, and live the best life we can. And the best way to do that is still by clinging to those “little platoons” Burke so eloquently described. Our faith, our family, our community — real people we actually know, and not strangers chattering on the internet — are our genuine tribes.

Turn off the cable news and the social-media noise, and spend more time with the real people you know and love. America has survived worse things than Joe Biden. We just need to calm down, and stop letting the media drive us crazy.