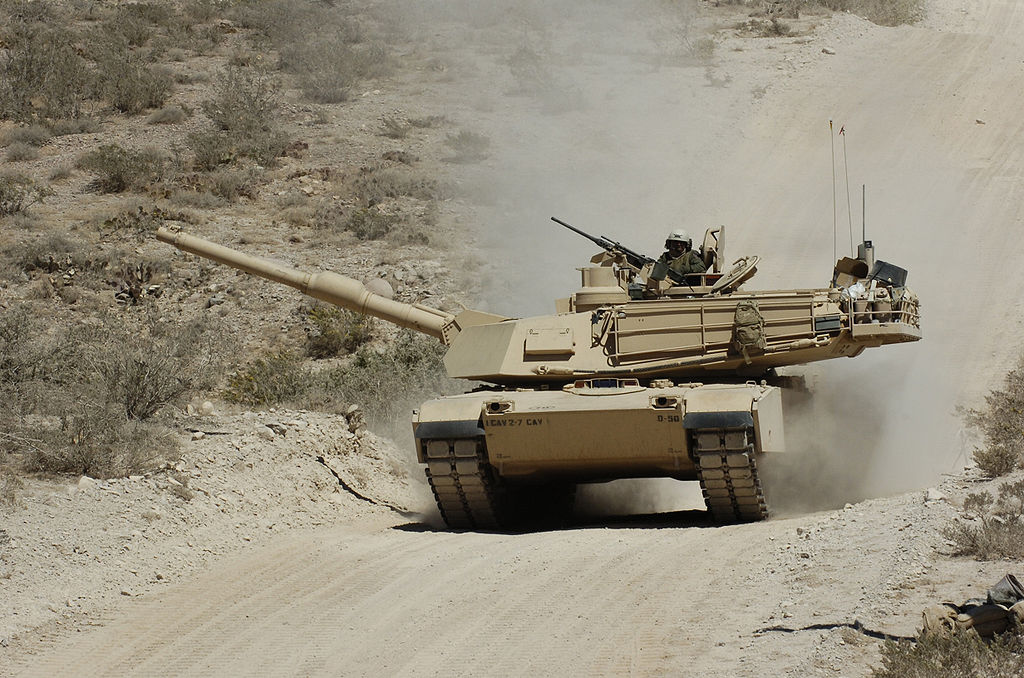 Leopard or Abrams? Ukrainian freedom fighters need tanks, these are the types they need, and the Free World dallies and bickers.

The bickering is papered over with the announcement that the U.S. is sending 30 of these mighty war-making machines to Ukraine (with instructors), but the question of whether the Biden administration and its allies in the Free World camp have fully considered this matter remains. Ukraine needs tanks, that much is understood. Military experts will explain that you do not conquer (or win back) territory without tanks.

We understand what the Ukrainians want: for a year, they have been taking death and destruction unseen in Europe since the Balkan wars of the 1990s, fighting back against an aggressor regime that denies their very nationhood.

Do we want them to win? Or to fight the Russians to a draw? This is a legitimate question. Maybe it was intelligently debated behind the headline-grabbing matter of just how many tanks should be supplied by whom, the U.S. or Poland or Germany.

The difference between repulsing the aggression and defeating Russia is not a question to be settled in barstool debates or by headlines, but on the plains where two enemy Slavic nations have irreconcilable views of the relations between them and the types of societies they want. Western — U.S. and European — leaders maintain that the Ukrainian view is closer to the Free World nations’; the Russian view, they say, represents a direct, and ultimately mortal, challenge to the Free World, indeed a continuation of the tyrannous politics that the Bolshevik Revolution unleashed on the world in 1917. So the issue for the Free World is: do we give them what they need to win or do we give them enough not to lose?

Victory is won by a country’s soldiers and people, not military equipment, obviously, but no less obviously, armaments matter. On the vast plains of this battlefield, tanks are critical. Russia’s supply is much larger than Ukraine’s, but with faster, longer-ranged, armored tanks, the Ukrainian military figures it can inflict reverses on the Russians and regain the Donbas and Crimea, inflicting what could be a regime-changing, even society-changing defeat against Russia.

Can we spare our Abrams, or a meaningful number of them? This is a legitimate question that our policymakers should argue calmly.

Not mentioned in the announcement of our latest military aid to Ukraine is that we may need the Abrams on the southern border. Should that turn out to be the case, presumably the Biden administration can explain this to the Ukrainians and suggest alternatives. The Germans, who are sending some of their Leopards, may want them back to defend against the Turks, whom they remember once reached the gates of Vienna. The British and French have legitimate needs for their Leclerc and Challenger models. The Europeans have fair reasons to worry about Russian attacks on their territory — so do we.

Better let these hypotheticals be aired than let them surprise Western publics with reasons already to doubt their leaders’ wisdom. There is always a solution when the intention is sincere and the goal is clear. This is a rule of life and of war. What is not needed is what we call political footballs and half-baked solutions that will only prolong the conflict. One football that is surely not needed is finger-pointing on corruption in Kyiv.

We now are reading about rake-offs and bribes and diverted funds and payoffs amongst high-up Ukrainian officials, including in the infrastructure and defense ministries. This is not unimportant news, but it has never been denied that Ukraine is plagued by corruption.

Volodymyr Zelensky was elected president in 2019 on an anti-corruption platform; he has never claimed that the problem has been eradicated. Oleksii Reznikov, the defense minister and an ally of the president, is under investigation by Ukraine’s anti-corruption agency for overbilling, which implies rake-offs and double dips. Vasyl Lozynsky, an infrastructure agency official, was caught in flagrante with a bribe. Ukrainian media outlets report overbilling for food destined for the troops. These cases are taken from the Wall Street Journal and the Paris Monde; more such coverage is needed.

In wartime, lots of cash changes hands in a hurry as contractors try to keep up with pressing demands. A lot of this cash is the American taxpayer’s, who has every right to be concerned about how his kale is consumed. Not only is there a matter of principle here — we want this for the front line, but we also do not want profiteers depriving fighting men of what they need.

If we allow corruption to undermine the war over there, we fail once again to resist the preventable advance of tyrannous aggression, and there goes the lesson of Munich once again: aggression not resisted invites more aggression. And we make a larger mess of our own inflation-wracked economy by throwing good money after bad, and that is not good for the long-term success of the Free World, either. Or for making more Abrams tanks, and, at an estimated $5.5 million per unit, they do not come cheap.

However, an issue like corruption depends on an accurate understanding of the facts. Mark Moyar just reminded us in these pages of the confusion caused by inaccurate readings in the mid-1960s of the relative successes and losses on our side and the enemy’s during the Vietnam War. Undercounts and inflated counts of losses sustained and inflicted had predictable effects on the public’s — and politicians’ — sense of whether the war was winnable. By the time President Richard Nixon’s new commander, Gen. Creighton Abrams, applied a strategy for a sustainable victory, the war was widely viewed as unwinnable. The assessments on which this view rested were erroneous, Moyar shows in his extensive historical research.

Like bad assessments, myopic or moralistic obsession with corruption on an ally’s side undermines morale and hampers strategy. It is wise to remember that poor analyses and assessments are almost inevitable in war. Corruption, too, however endemic, is often too hastily blamed on our own allies, distracting us from the goal we share with them.

In 1962–63, the wrong-headed best and brightest who were both covering the war and directing U.S. policy made a big deal of corruption in the South Vietnamese government, which was headed by the Ngo family. The Ngos, and particularly Ngo Dinh Diem, the freely elected president of South Vietnam, were patriots and widely popular, but disliked in Washington.

Maybe we should have done something about corruption in Saigon among the political class and in the military, but not at the cost of undermining Diem. Doing this was folly and produced the massive escalation of the war that followed.

The original objective in Vietnam was not to fight a big war with American troops, as in Korea, but to halt communist aggression, and this was doable with air power and low-key counter-insurrectionary strategies. Getting hung up about corruption was a huge distraction and caused us to lose sight of our goal in Vietnam and how we might achieve it.

This is old history, understood even at the time and ignored by policymakers whose arrogance represented a corruption of the mind that turned out to be far more pernicious than the venality that was not unusual in Vietnam, any more so than it was, and still is, in other countries, notably Iraq and Afghanistan.

The new Congress surely ought to take its responsibilities for military appropriations seriously. This means long hours of work in figuring out where our battles are — on the Rio Grande, on the Dnieper, on the Niger? — and which of our weapons and resources should be deployed there. If people whom we mean to help are stealing and wasting our aid, they will pay a heavy, self-inflicted price.

If they complain that our aid is inadequate, we can show them evidence that we have our priorities straight, and they can adjust theirs. Such clarity is the best way to assure the Ukrainians that we are standing by them and understand both the immediate and the larger need for victory — a victory the Russians will understand as a defeat, which is the only way that vast and vastly troubled country can reform itself and emerge, like the phoenix of its own legends, as a partner in a community of free and self-respecting nations.

Ukraine: How Much Is Enough?