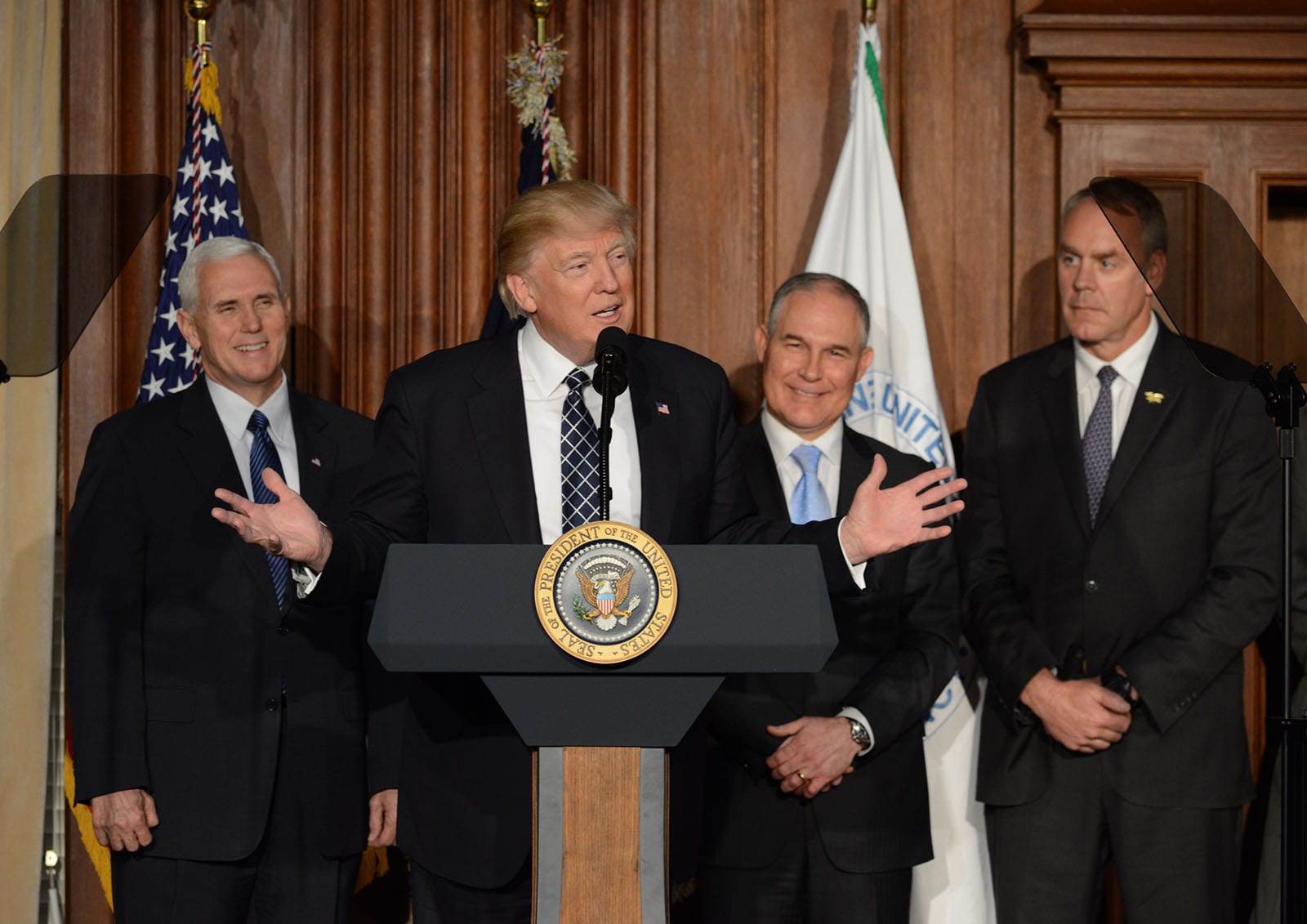 My Yale Law School colleague Bruce Ackerman has proposed a theory of constitutional change that he calls “constitutional moments.” The idea was spelled out in a series of lectures, later published in the Yale Law Journal and in Ackerman’s multi-volume history of the Constitution, We the People; it is impossible to do it justice in a sentence or two. For our purposes it will suffice to say that the essence of Ackerman’s theory is that constitutions are changed not only by the formal amendment process but also when prominent political actors act contrary to the existing constitution but the people accept and validate their actions, thereby establishing a new constitutional norm.

Ackerman’s theory does not appeal to originalists, who believe the only legitimate way to change our written Constitution is through the Article V process of amendments passed by supermajorities in the House and Senate and ratified by three-fourths of the states. Leaving aside its constitutional pedigree, Ackerman’s theory does describe accurately how the meaning of constitutions may sometimes change in practice not only in the U.S. but also around the world. Political power ultimately resides in The People, and what they are willing to accept becomes the new normal.

We are currently in the midst of a constitutional moment in Ackerman’s sense. The stakes were defined by Harvard Law School constitutional law professor Noah Feldman in a perceptive op-ed titled “Trump’s firing of Comey is a crisis of American rule of law.”

Feldman begins by acknowledging that “Technically, President Donald Trump was within his constitutional rights … when he fired FBI Director James Comey.” Ah, what a wonderful word “technically” is; it is used to dismiss the old law that is about to be consigned to the dustbin of history. The real law, according to Feldman, is not the words written on ancient parchment but the law in action that has developed under our living constitution: “The erosion of the independence of law enforcement is thus a blow to the unwritten constitutional norm of political neutrality. It doesn’t violate the separation of powers. But it violates a norm that in its own way is almost as important.”

Feldman is correct that an unwritten norm has developed that certain aspects of government are too important to be monkeyed with by mere democratically elected politicians. But that norm may be in the process of becoming more important than the traditional power of democratically elected politicians to supervise and fire officials in the executive branch. I heard some of that when I served as general counsel of the Environmental Protection Agency in the late 1980s and early 1990s; the career staff periodically objected to what they characterized as “political interference.” One of my students later pointed out to me that “political interference” was the career bureaucracy’s pejorative term for democratic political control.

Like it or not, a powerful norm has developed in Washington that some matters must be left to the career staff — the so-called “administrative state” — the self-perpetuating bureaucracy of Platonic Guardians who see themselves as above politics and believe that they are really running the country.

Temporary occupants of political office offend the careerists at their peril. That’s what Chuck Schumer was trying to tell him when he warned an incoming President Trump, a Washington outsider who doesn’t know the unwritten rules, against offending the intelligence community: “Let me tell you: You take on the intelligence community — they have six ways from Sunday at getting back at you.”

Early in the Trump administration, one of the top political appointees at EPA told me, “The administration in which you served [Bush 41] tried to work with the career staff; we don’t. We just tell them what to do.” How’s that working out for you, Scott Pruitt? A series of ethical lapses leaked by career staff who did not approve of Scott Pruitt’s policies finally forced him from office. The career staff knows how to get rid of those of whom they disapprove.

That’s what is really at stake in the current constitutional moment — who is running the country, the elected president or the “swamp” that he promised to drain? We are witnessing the same strategy that got rid of Scott Pruitt now being applied to President Trump, as his private conversations with heads of state are leaked and a succession of ambassadors and other career government employees who “technically” serve at the pleasure of the president traipse up to Capitol Hill to question his motives for overruling or reassigning them.

The game plan for the new constitutional order was laid out by James Comey in his testimony to Congress following his firing. It boils down to “Yes, technically the president may fire me for any reason or for no reason at all, but if he does so for what a majority of the House considers an inappropriate reason, that’s an impeachable offense.” Comey’s call to arms for the new constitutional order was reprinted in full by the New York Times, the Washington Post, and PBS.

President Trump has done much of which I do not approve, but if we start removing presidents from office for the thought crime of taking actions that are well within their official powers under the Constitution but with motives that the opposition considers inappropriate, it will be a constitutional moment of fundamental significance. There are other governmental systems in which the career bureaucracy runs the show. I think, for example, of the European Union, in which the real power resides with the career experts in the European Commission and the people’s representatives in Parliament and the Council have gradually been consigned to rubber-stamping the laws they propose. Or of a system in which chief executives must retain the confidence of a majority of the lower house of the legislature, as in the United Kingdom.

Our system has been defined by a powerful elected president. Stay tuned; that may be about to change. Early in this administration I heard Newt Gingrich opine that President Trump would put up with the career bureaucracy telling him what he could and could not do for only about 60 days, and then (according to Gingrich) “he is going to break this town.” Break or be broken. We’ll see.