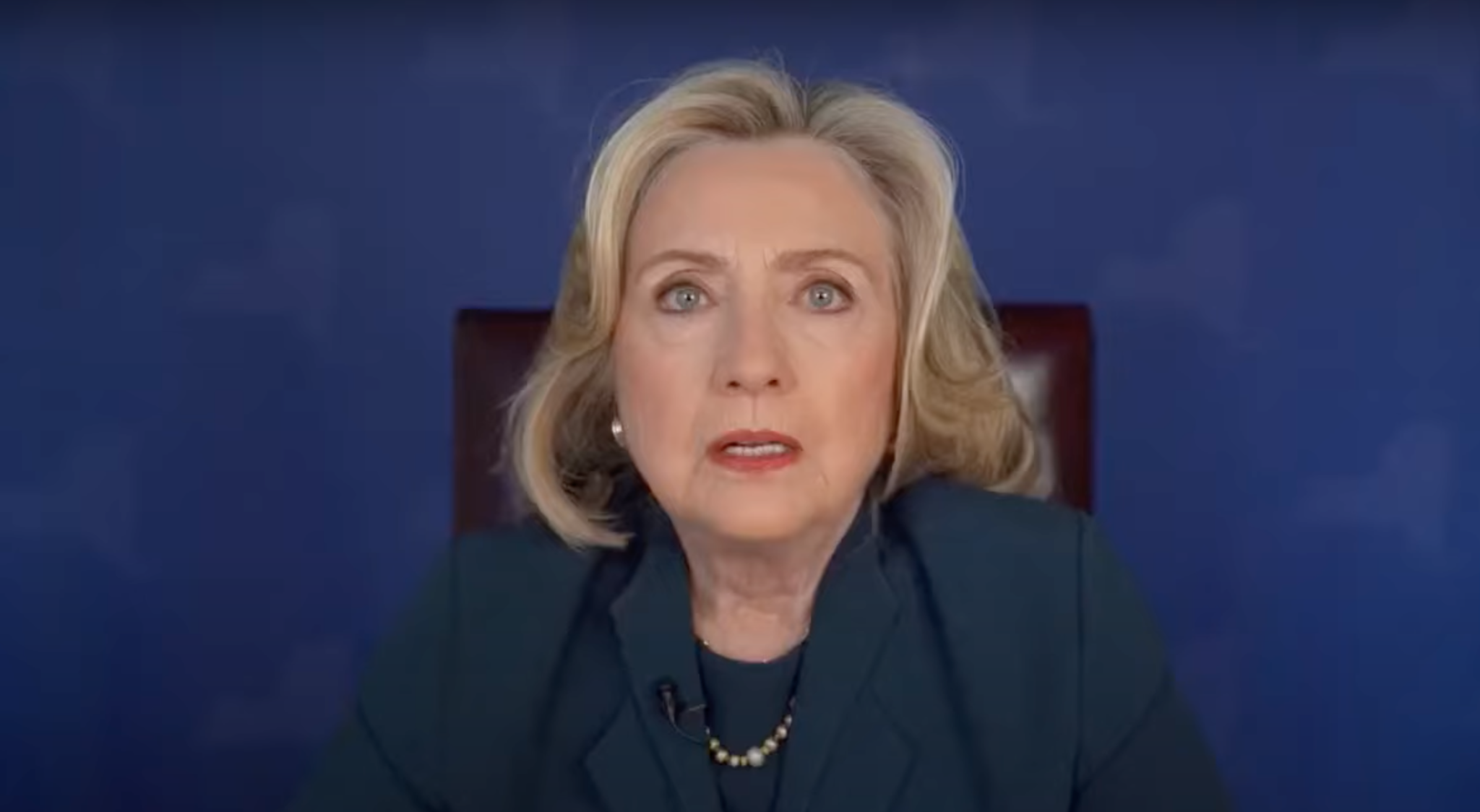 The hypocrisy of Hillary Clinton is scarcely believable. Despite her obvious attempt to steal the 2016 election — she hired foreign agents tied to Russia to smear her opponent as an agent of Vladimir Putin — she has the gall to claim that Republicans “already have a plan to literally steal the next presidential election, and they’re not making a secret of it.”

She asserts out of thin air that the Republicans will use courts to invalidate legitimate votes. In a ghoulish example of brazen gaslighting and projection, the candidate who paid for a phony dossier full of Russian disinformation against Donald Trump still claims that he won improperly.

“Democracy” is now just a euphemism for the one-party state to which Democrats feel entitled.

“Following her loss, Clinton notoriously alleged that the election was stolen from her, comparing it in a 2019 interview with CBS News to ‘applying for a job and getting 66 million letters of recommendation and losing to a corrupt human tornado,’” reported the New York Post. “‘He knows he’s an illegitimate president,’ she said of Trump. ‘I believe he understands that the many varying tactics they used, from voter suppression and voter purging to hacking to the false stories — he knows that — there were just a bunch of different reasons why the election turned out like it did.’”

Hillary Clinton is guilty of colossal fraud. She roped the Obama administration into the most egregious political dirty trick in American history. John Brennan, James Comey, Peter Strzok, and company harassed her opponent and his campaign based on lies that she financed. The media never questions her about this singular deception, even as reporters give her a platform to accuse Republicans of threats to “election integrity.”

In 2016, those who yelled the loudest about “foreign interference” did the most to introduce it into the race. At the very moment the FBI and CIA claimed to be blocking foreign interference, Hillary’s allies in the Obama administration were spreading the Russian disinformation of her “researchers” throughout the government and press. America’s political system was thrown into turmoil by foreign interference that Hillary Clinton facilitated. In the end, Putin didn’t even have to manipulate the election directly. Hillary Clinton did this work for him.

“Top Biden national security officials are tracking multiple threats to the nation’s election security infrastructure ahead of the midterms and are set to issue warnings, including in an internal intelligence bulletin this week, according to two people familiar with the matter,” reported Politico. “The bulletin will lay out details of cyber threats posed by China and Russia, as well as other non-state actors, and potential physical threats to election officials in jurisdictions across the country, the people said.”

The Democrats are already preparing excuses for the election disaster to come. All of their supposed “fears for democracy” amount to nothing more than a fear of robust democracy. Normal democratic resistance to their insane policies is cast by Hillary Clinton and other Democrats as subversive. “Democracy” is now just a euphemism for the one-party state to which Democrats feel entitled. Any outcome the Democrats dislike is labeled a repudiation of “democracy.” This explains their counterintuitive rhetoric against populism and their description of winning figures such as Viktor Orbán and Giorgia Meloni as “foes of democracy.”

Barack Obama, whose political instincts have always been better than Biden’s, recently criticized Democrats for coming off as “buzzkills.” They need to lighten up, he said: “Sometimes people just want to not feel as if they are walking on eggshells, and they want some acknowledgment that life is messy and that all of us, at any given moment, can say things the wrong way, make mistakes.”

He added that the party is too dependent on identity politics. “I think where we get into trouble sometimes is where we try to suggest that some groups are more – because they historically have been victimized more – that somehow they have a status that’s different than other people and we’re going around scolding folks if they don’t use exactly the right phrase,” he said. “Or that identity politics becomes the principal lens through which we view our various political challenges.”

He is right. But his criticism doesn’t go far enough. The fundamental political problem facing the Democrats is not one of communication but one of content: They espouse irrational policies completely contrary to common sense — policies that are manifestly failing.

Whenever the Democrats suffer huge losses at the polls, they always fall back on the lame explanation that they simply need to communicate better, which is to say, fool Americans better. But the real issue is that their ideas are false and twisted. Despite all of her advantages and cheating, Hillary Clinton still lost in 2016, not because the American people misunderstood her, but because they understood her all too well.