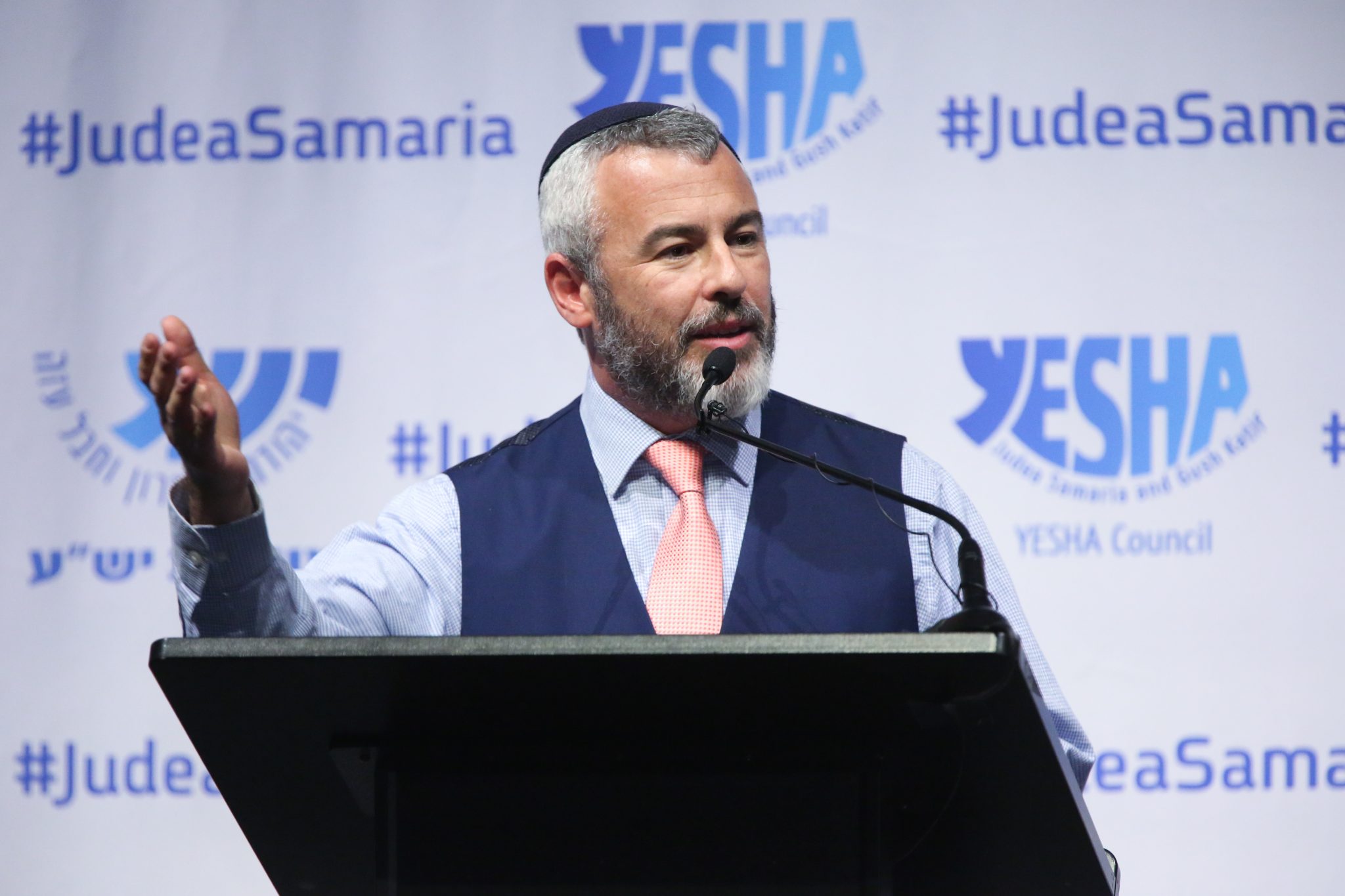 Yishai Fleisher has been the international spokesman of the Jewish community of Hebron[1] since 2016 and is also a broadcaster and columnist. Born in Israel, he lived in the United States from the age of 8 to 17. He moved back to Israel to serve in the army and study in yeshiva and then returned to the United States for undergraduate and law school. He has lived in Judea and Samaria (known to many in the United States as the “West Bank”) since, in Beit El, eastern Jerusalem, and now Efrat, 20 minutes away from Hebron.

The author interviewed Mr. Fleisher for The American Spectator in February 2020 on President Trump’s proposed “Deal of the Century” peace plan. The author now interviews Mr. Fleisher on the new Israeli government, Israel’s relations with the U.S. under the Biden administration, and the current situation in the Middle East.

Steve Postal: What do you think of the new government in Israel?

Yishai Fleisher: Prime Minister Naftali Bennett faces an uphill battle in gaining my trust, and the trust of the people. His party has just six out of 120 seats and is losing support of much of his base due to campaign promises he has already broken. First, he promised to never sit with MK Yair Lapid (Yesh Atid), or any left-wing government, and he has now done both. Second, he promised to would never sit with the Ra’am party and even called them “terrorism sympathizers” two months ago. He now sits with them and has recently retracted his previous comments. And lastly, he stated that any candidate whose party has less than 10 seats should not be prime minister. He is now prime minister with a six-seat party.

While this government may appear to be right-wing, it contains almost all the left-wing parties. The Left has been ostracized in Israel for years, so this is not the government the voters wanted. Israel’s people, and its youth, are much more nationalist than the current government. For this reason, I believe a more nationalist government will be in power soon. But this is Israel’s newly formed government, and though I may not like it, I will work with it to further the goals of the Jewish state.

Postal: What do you think of Benjamin Netanyahu and the efforts to oust him?

Fleisher: This government arose from a calculated effort to destroy Netanyahu. While the right wing benefited much from Netanyahu’s premiership, including a good economy, the Abraham Accords, and a strong exit from COVID-19, Netanyahu did not uphold his promises to enact sovereignty in Judea and Samaria. Hopefully, a resurgent nationalist right wing can channel its dissatisfaction into a successful push for sovereignty in the heartland of the Jewish people.

Postal: How will this government be different from Prime Minister Netanyahu’s government as far as building in Judea and Samaria (commonly known in the west as the “West Bank”) and Israel’s policies towards Iran and the Palestinians?

Fleisher: With Judea and Samaria, I am concerned that we will be going back to a push for a two-state solution. Many on the left in Israel agree with the Biden administration on this, and I am concerned that together they will push Bennett’s government in this direction. Jewish nationalists do not want to cede land to a jihadist state.

On Iran, Netanyahu has taught Israelis that Iran is an existential threat, and we will continue to defend against Iran. However, I don’t think Israelis and the Biden administration agree on how we should handle Iran. I also do not have confidence that Prime Minister Bennett will act in Israel’s interest when the time comes, in the event that we are still not on the same page as the Biden administration.

Postal: The Ra’am party, which is an Islamist, anti-Zionist party, will now be in this government. Do you anticipate this being a problem for Israel in any way?

Fleisher: Ra’am would be illegal in Egypt and the UAE, as it is cut from the same cloth as the Muslim Brotherhood. Yet here in Israel, Ra’am is part of the governing coalition! This is absurd. While I believe that Israel can partner with its Arab citizens, Ra’am is not that partner.

Postal: How should the new government deal with the recent incendiary balloon attacks from Hamas and the Palestinian rioting in Jerusalem? What do you think is the long-term solution to these issues?

Fleisher: I don’t think this government will be able to deal with these issues. Israel must temper its liberalism with a healthy dose of tribalism. Israel needs to unabashedly fight jihadism by accepting that it is the Jewish national state and defend itself and its people. Otherwise, it is difficult to speak of a long-term solution when missiles are fired at us and we respond with half measures, the Palestinians have sanctioned “days of rage,” and we are essentially fighting an asymmetrical war.

Postal: We previously spoke in February 2020 about the Trump administration’s efforts on peace between Israel and the Palestinians. Did you ultimately support these efforts?

Fleisher: I am very thankful for much of what the Trump administration did to advance peace. I am very supportive of the administration’s recognition of the Golan, Jerusalem, and Judea and Samaria as Israel’s sovereign land, the defunding of the Palestinian Authority and UNRWA, and much more. But I ultimately did not support the Deal of the Century, as it would support a Palestinian state at the expense of Jewish sovereignty.

Postal: What do you see as the future of the Abraham Accords (Israel’s normalization agreements with the UAE, Bahrain, Morocco, and Sudan) under the Biden administration and the new Israeli government?

Fleisher: As a right-wing nationalist in Israel, I support the Abraham Accords. I believe that strong nation states, both the Jewish state and Arab states, can work together for peace and prosperity. But that cooperation is both economic and defensive. The UAE and Bahrain, but also more broadly Saudi Arabia, Egypt, and Greece, look to Israel as a strong defensive partner. If Israel is unable to definitively smash Hamas, Israel’s friends in the region may begin to question its utility as a strong defender.

The author would like to thank Mr. Yishai Fleisher for participating in this interview.

[1] According to the Bible, Hebron was the ancient capital of Judea under King David prior to King David uniting Judea and Israel under his reign and moving the capital of the unified kingdom to Jerusalem. Hebron has had a Jewish community since Biblical times, interrupted by various expulsions such as the British and Jordanian (1929–67). The Jewish people reestablished sovereignty over Hebron in the 1967 Six-Day War. In the 1997 Hebron Protocol, Israel and the Palestinian Authority agreed to split the city. The Palestinian Authority administers roughly 80 percent of the city (H1) while Israel administers the remaining 20 percent (H2). Currently, approximately 1,000 Israelis in H2 live in the midst of approximately 215,000 Palestinians in H1.