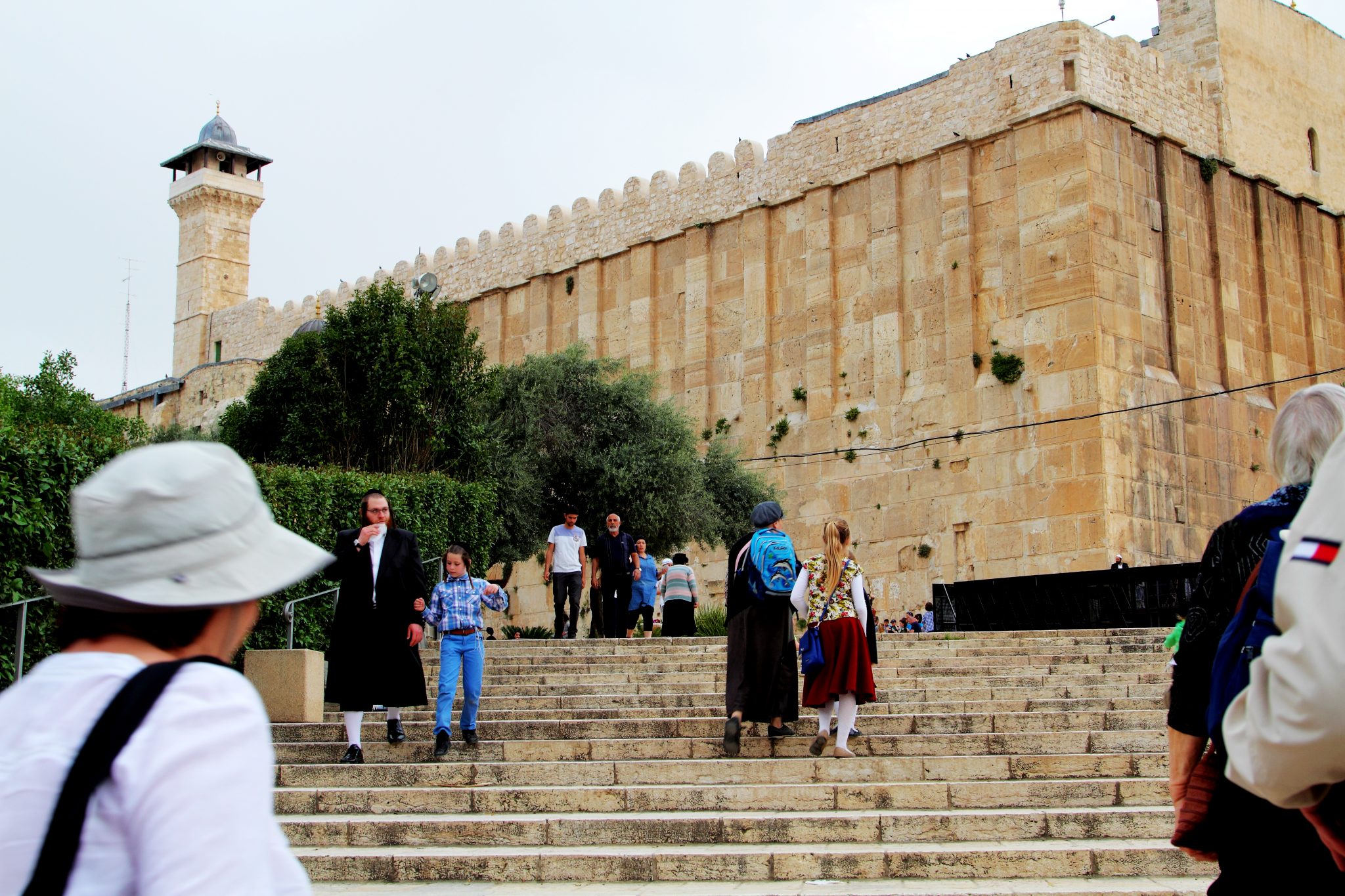 Yishai Fleisher has been the international spokesman of the Jewish community of Hebron[i] since 2016 and is also an Israeli broadcaster and columnist. Born in Israel, he lived in the United States from ages 8 to 17. He moved back to Israel to serve in the army and study in yeshiva and then returned to the United States for undergraduate and law school. He has lived in Judea and Samaria (known to many in the United States as the “West Bank”) since, in Beit El, eastern Jerusalem, and now Efrat, 20 minutes away from Hebron.

I interviewed Mr. Fleisher on his take on the Trump administration’s proposed peace plan between Israel and the Palestinians. This is a follow-up to my interviews with Oded Revivi, the mayor of Efrat, and with Eliyahu Shaviro, the mayor of Ariel, on the same topic.

Steve Postal: What made you want to become the spokesman of Hebron’s Jewish community?

Yishai Fleisher: Since at least law school, my dream was to come back to Israel and become politically active to help build the country. Once in Israel, I worked as a conservative media pundit. But Hebron always held a special place in my heart, especially since I got married there in 2002. So in 2016, I took an opportunity to become the spokesman of Hebron’s Jewish community. 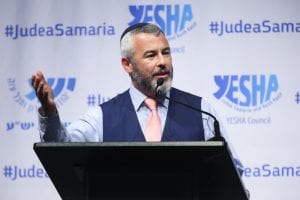 I see my current role as a great opportunity to help Hebron thrive. I meet with Arabs who want to reconcile with Israel. I also meet with some of the 1.5 million tourists per year who come to the Tomb of the Patriarchs and Matriarchs.[ii] These are people of all faiths that want to connect with the heritage of Abraham. I love working for the city where my forefathers and foremothers are buried. My cause is over 3,000 years old, which is pretty cool.

Postal: What is it like representing a community of 1,000 Jews that live in the middle of 215,000 Palestinians?

Fleisher: My situation gives me an open-eyed, realistic approach. Sometimes those in Tel Aviv don’t realize that we Israeli Jews are seven million people living amongst 200 million Arabs and that Hezbollah has over 130,000 rockets pointed at us from Lebanon and Syria.

I am keenly aware that most of Hebron is controlled by Hamas and the Palestinian Authority (PA), both of whom have jihadi intentions towards Israel. Hebron’s mayor has murdered six Jews and is proud of it. He’s an old-school jihadi, and we will never reconcile with the likes of him. But I am also aware that there are many Arabs that are tired of Hamas and the PA and what I call the “100 Years War” that the Arabs have waged against Jewish sovereignty in the Land of Israel.

Postal: Ariel Mayor Eliyahu Shaviro and I discussed ways in which he is trying to foster local coexistence between Israelis and Palestinians in his city. Are there similar initiatives occurring in Hebron?

Fleisher: Yes, and our initiatives are very underreported. We sit with members of Hebron’s Arab community on a monthly basis. Last year, we went to the Arab side of Hebron and joined members of their community for a kosher-catered Iftar celebration.

Cooperation is not easy. Arabs in Judea and Samaria that support normalization of relations with Jews and Israel risk persecution if they publicize their views. This has happened in the past. We value meeting with our Arab colleagues but want to make sure they are safe.

In one example, Hebron’s Jews and Arabs met to discuss economic cooperation and local development. We agreed to take a picture of everyone sitting together, but of just our hands and not our faces! This special picture shows both interest in cooperation on the local level, but also the fear that Arabs face. 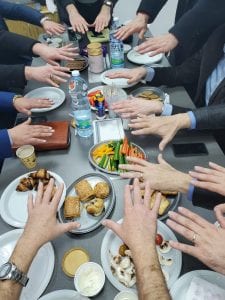 Another example that gives me hope was my recent meeting with a direct descendant of the famous anti-Semite and Nazi sympathizer, the Mufti of Jerusalem Mohammed Amin al-Husseini. Al-Husseini’s progeny wanted to discuss how we can increase economic cooperation between Jews and Arabs in Hebron. I asked him how, as a member of the Husseini clan, he could meet with me without being killed. He stated that part of his family has since passed away, their war against the Jews was a failure, and now he wants to move forward.

Hebron’s Arabs and Jews have joint tourism projects and are looking to expand these. We also have joint economic initiatives, including through the Judea and Samaria Chamber of Commerce and Industry. Hebron is looking to join the many communities in Judea and Samaria who operate industrial parks that employ both Israelis and Palestinians. We are planning such an area in Tarkumia, close to Hebron. The Jewish community of Hebron will move forward with more tourism and prosperity, and we will partner with any Arabs that want to join us.

Fleisher: In total, I am cautiously optimistic about the peace plan. I welcome the fact that under this plan, Israel can extend sovereignty to large parts of Judea and Samaria. I also like that the plan recognizes Jerusalem as the undivided capital of Israel and calls on the Arab world to recognize Israel. The plan also calls for reforming the Palestinian Authority and Hamas, which I support.

I am concerned that Benny Gantz [the leader of the opposition Blue and White Party] reads this plan backwards. He thinks the plan’s main goal is a Palestinian state and that Jewish sovereignty is secondary. I see this plan as an extension of the Pompeo Doctrine, i.e., that the United States does not view the Jewish communities of Judea and Samaria as illegal under international law.

Postal: A recent poll found that 94 percent of Palestinians reject the peace plan. Is the plan viable given such widespread rejection?

Fleisher: Unfortunately, rejection of any proposal is the default position of Hamas and the PA. But while Hamas and the PA are closing one door, Sunni Arab countries are opening another. Many factors have helped bring the Sunni Arab world to the table. Sunni Arabs are deadly afraid of Iran and actually see Israel as their defender from Iran. Many Sunni Arabs see the “100 Years War” against Jewish sovereignty in the Land of Israel as a failure. To illustrate this point, an Al-Jazeera host recently stated that “the most successful project in the current and last century is the Zionist project.” There is also an increased interest in the Sunni Arab world to achieve greater prosperity, and many see Israel as helping them achieve this goal.

Postal: Do you have any concluding thoughts?

Fleisher: We live in a very ancient region, and Hebron is a very ancient city and a gem of humanity. I would love to see this plan open up the Tomb of the Patriarchs and Matriarchs, so that more of the world can enjoy the heritage of Abraham. In the Hebrew Bible, Isaac and Ishmael buried their father Abraham together in Hebron. Hebron is therefore the connecting point between Jews and Arabs. Despite all the challenges, it is a beautiful time to be alive. We must not become despondent and give in to the naysayers. We must bring positivity and light in the face of darkness.

[i] According to the Bible, Hebron was the ancient capital of Judea under King David prior to King David uniting Judea and Israel under his reign, and moving the capital of the unified kingdom to Jerusalem. Hebron has had a Jewish community since Biblical times, interrupted by various expulsions such as the British and Jordanian (1929-1967). The Jewish people re-established sovereignty of Hebron in the 1967 Six-Day War. In the 1997 Hebron Protocol, Israel and the Palestinian Authority agreed to split the city. The Palestinian Authority administers roughly 80% of the city (H1) while Israel administers the remaining 20% (H2). Currently, approximately 1,000 Israelis in H2 live in the midst of approximately 215,000 Palestinians in H1.

[ii] According to tradition, biblical figures Abraham, Isaac, Jacob, Sarah, Rebecca and Leah are buried in the Tomb of the Patriarchs and Matriarchs, underneath a large structure built by King Herod. That structure is now a shared mosque and synagogue.

The author would like to thank Mr. Yishai Fleisher for participating in this interview.

Steve has been previously published in American Thinker, the Christian Post, the Federalist, the Times of Israel, and the Washington Post.