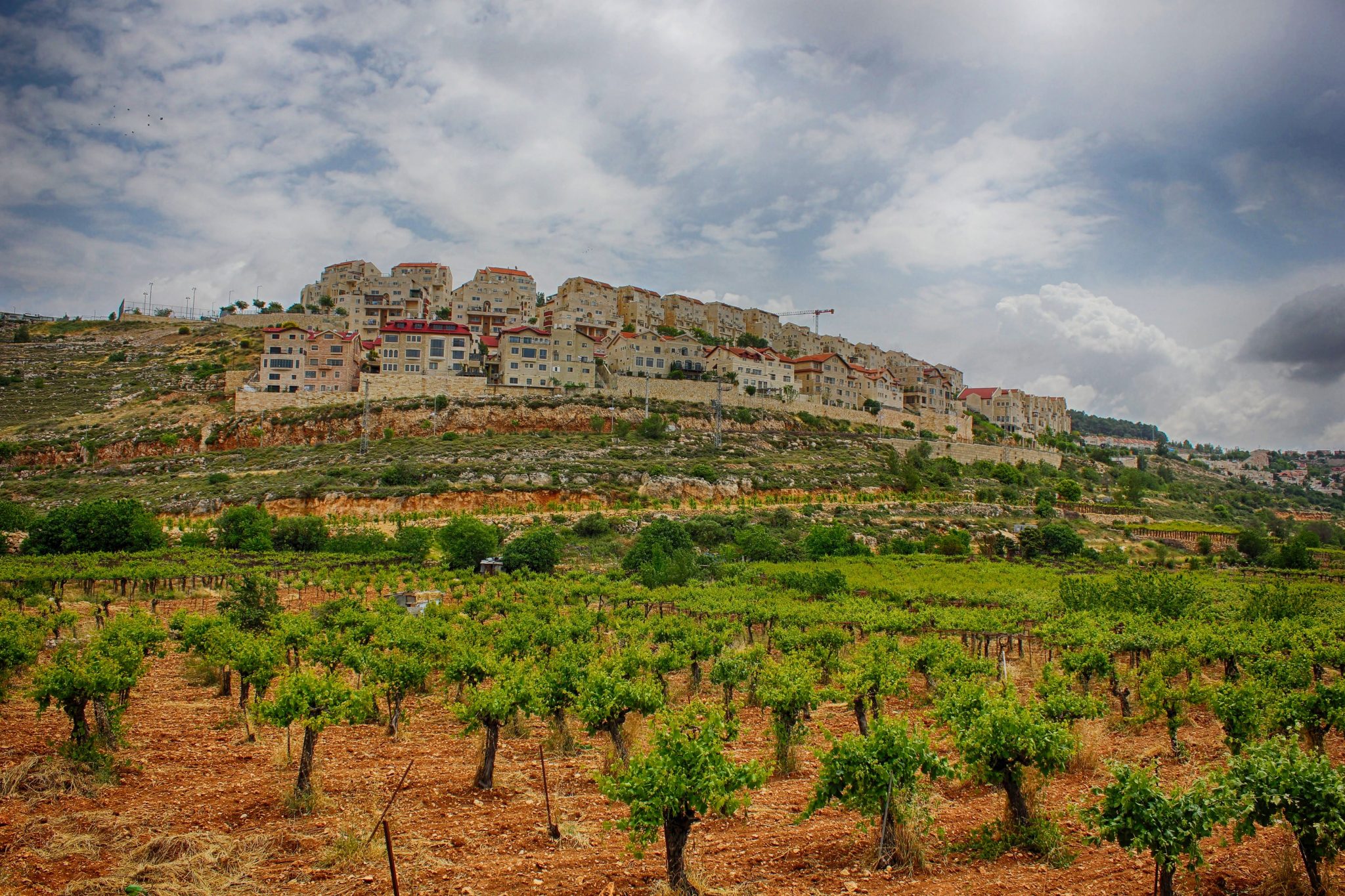 Oded Revivi is the Chief Foreign Envoy of the Yesha Council, the official umbrella organization representing the Israeli communities of Judea and Samaria. He is also the mayor of Efrat, a local council in Judea with a population of approximately 13,000 people. I interviewed him about his take on the Trump administration’s proposed peace plan between Israel and the Palestinians.

Steve Postal: Before becoming mayor of Efrat in 2008, what made you want to be the political leader of a city in Judea and Samaria (also known as the “West Bank” in the United States)?

Oded Revivi: As far as being a mayor in Judea and Samaria, in Israel you can only be mayor of the city you live in. I didn’t have a childhood dream to become mayor, and I came to this position by mistake. I wasn’t politically active, but I helped someone running for mayor. After he ran two unsuccessful campaigns, I was asked to run for office. So, in 2008, I was elected the mayor of Efrat. I did not realize that this would be a political position in addition to managing a city. I never knew that I would get to debate John Kerry and years later be invited to the White House for the unveiling of President Trump’s peace plan. 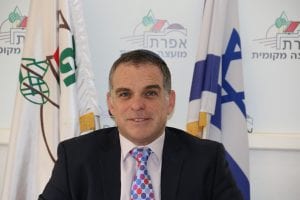 Postal: As mayor, did you ever believe that you would see a serious peace plan with the Palestinians, or did you see the political relationship between Israel and the Palestinians as an ongoing, intractable conflict?

Revivi: As a religious Jew who prays three times a day, I have always hoped for a breakthrough. Whether this is realistic or will happen in the next days, weeks, months or years is a different question. There is a lot to be achieved for peace to be possible.

Postal: On January 28, President Trump laid out his peace plan to resolve the Israeli-Palestinian conflict. What were your initial reactions?

Revivi: Every single day I was in Washington, D.C., I gained more understanding of the plan and the vision behind it. I became increasingly aware of the obstacles and concessions. However, the misunderstanding between the Trump administration and Israel regarding the timeline of when Israel can annex territories in Judea and Samaria showed me that this plan still needs work. It really is a visionary paper and a starting point for negotiations.

Postal: The international community and actors have been down this road before. How is this plan different from other plans?

Revivi: All previous peace plans were top-down. People failed to see that for a real agreement, strong relationships must be built between the two peoples. There cannot be shortcuts. There must be mutual appreciation, trust, caring, and understanding. Because there is so much bad blood between both sides, everyone needs to understand that this is a long process. More than other plans, this plan emphasizes the importance of concessions, compromise, and building trust between the peoples.

Postal: Both admirers and critics have called this plan a bold one. Realistically, what are the next steps for Israel? How does this impact Efrat?

Revivi: During my trip to Washington, D.C., I realized that the No. 1 objective of this plan is to provide for the American interest, specifically for the U.S. to build relations with the Arab countries in the Gulf. Yet this plan also has the potential to significantly improve Israel’s relationship with many Arab countries. The next steps for Israel include sorting out the expectations among the U.S. and the Gulf states as Israel begins to implement parts of the plan. At the moment, we Israelis are still waiting for further clarification on the time frame. Only once I know this can I fully answer your questions.

Postal: The proposed map looks different than what was envisioned in prior negotiations. It codifies Israel’s control over the Jordan Valley and most Israeli cities and towns in Judea and Samaria, but it also proposes enclaves, bridges, and tunnels connecting parts of a future Palestinian state, and Palestinian sovereignty in Israel’s Negev desert. Do you see this as a workable solution?

Revivi: The map is one of the things that is hard to understand and may look like Swiss cheese. But it also reflects the reality on the ground. For example, on the one hand, the plan says that Jerusalem will be Israel’s united capital. This is welcomed by Israelis. But Israelis see a contradiction when the plan also states that Palestinians will have a capital in eastern Jerusalem. When you look at the map, united Jerusalem is the Jerusalem Israelis know, while the envisioned Palestinian capital is a place where no Israelis go. The plan reflects the reality where people currently live.

Postal: What do you make of this plan having virtually no Arab support, with Palestinian Authority President Mahmoud Abbas threatening to cut ties with Israel and the United States, the Arab League and the Organisation of Islamic Cooperation rejecting the plan, and recent reports stating that Bahrain, Oman, and the United Arab Emirates are now also rejecting the plan?

Revivi: On the one hand, the American administration was very cautious to not expose the plan before they published it. In that way, the administration was very successful because people didn’t know the details and couldn’t leak them ahead of time. But now, the administration is at a disadvantage because different countries and groups are now responding to different pressure groups as they see the details of the plan. This is perhaps why the administration now wants to slow down, because American interests may be jeopardized as all parties have not been properly prepared. The fact that three Gulf states attended the White House event, and that many Arab countries including Saudi Arabia and Egypt initially received the plan favorably, is something that very few people would have believed possible.

Postal: There seems to be a looming trade war between Israel and the Palestinian Authority. What is the effect of this, if any, on Efrat and the other territories slated for Israeli sovereignty?

Revivi: This is one example of the lack of trust, communication, and engagement between both sides. What benefit will anyone gain from this? Boycotts do not build anything. This is something the plan tries to overcome. We will wait and see how this plays out. But generally speaking, financial arguments between the two sides tend to hurt the Palestinians more, which is unfortunate.

Postal: Members of Israel’s political Right, including Yamina MK Ayelet Shaked and Samaria Regional Council Chief Yossi Dagan are publicly pushing Prime Minister Benjamin Netanyahu to apply sovereignty immediately. Meanwhile, Netanyahu is trying to obtain a “mini-annexation” before Israel’s elections in March to assuage his base. Do you anticipate Netanyahu acting on this plan before March? Does he risk losing his natural coalition partners if he does not?

Revivi: This entire plan is based on realism, and unfortunately some people are not being realistic. The plan would allow Israel to apply its law on areas of Judea and Samaria (which is not the case today), and that the United States will veto any sanctions in the United Nations Security Council (UNSC) in the event that the UNSC seeks to oppose Israel for doing this.

If Israel decides to annex territories without the support of the United States, there will likely be UNSC sanctions, and Israel will not be able to count on the U.S. for a veto. I don’t think Prime Minister Netanyahu will expose Israel to such a vulnerability. Netanyahu is in a tough situation. He has built expectations within his own base, and there is now a gap between anticipation and what Netanyahu can deliver. But Israel cannot ignore the international community without facing the threat of severe sanctions.

Postal: The mayor of Ariel [a city council in Samaria with a population of about 20,000] recently left the Yesha Council over his personal support of the plan and the Yesha Council’s opposition to it. Where do you currently stand on the plan?

When President Obama declared a building freeze in Judea and Samaria, he united these communities, be they settlement blocs or outposts, ideological or non-ideological, religious or secular. They were all facing the same building freeze. Now, there are at least 22 mayors in Judea and Samaria, and together we have at least 22 different views. Personally, I think the plan has the potential of developing into something more significant than previous plans.

The author would like to thank Mr. Oded Revivi for participating in this interview.