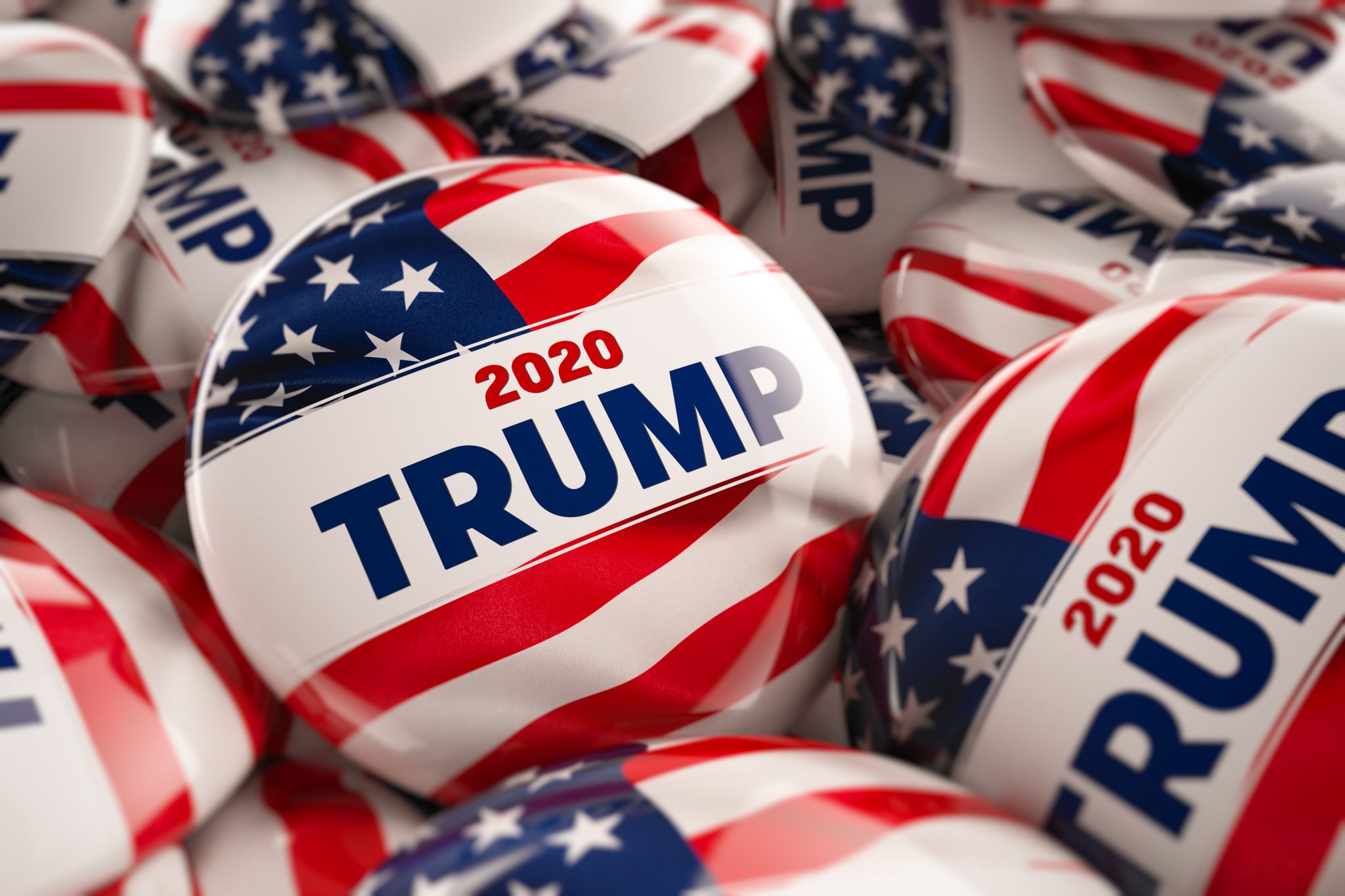 Ever since President Trump was elected, conservatives have nervously watched the poll numbers to see whether constant attacks from Democrats and the media (but I repeat myself) were damaging the president’s popularity among his core constituency. Of course, Trump has sometimes suffered from self-inflicted damage — at times, he is his own worst enemy — but never in recent history has any president faced such unrelenting opposition from the moment of his election.

Trump’s shocking 2016 upset of Hillary Clinton, which contradicted nearly every expert forecast, triggered a series of events that included the “Russiagate” investigation, the Democrats’ takeover of the House in the 2018 midterm election, and Nancy Pelosi’s impeachment proceeding against the president that culminated in his acquittal in February. As soon as that crisis ended, Trump was immediately plunged into the COVID-19 emergency, in which his leadership was questioned and the strongest suit of his reelection platform, a robust economic performance, melted down in the span of a few days. Throughout his term, the major national news media have worked hand-in-glove with Democrats to treat Trump as an enemy to democracy itself, with journalists enlisted as part of the “resistance” to the president’s alleged authoritarianism.

Because all of this is so unprecedented, no one had any idea what the ultimate result might be, and many pundits who succumbed to poll-gazing obsession were inclined to believe two things: First, that Trump, who fell short of a popular-vote majority in 2016, faced an uphill challenge to win reelection in 2020; and second, that Joe Biden was the Democrat best qualified to beat Trump. Both these beliefs might yet prove true, but there is evidence that the poll-gazing pundits are as wrong now as they were four years ago. In fact, Trump’s reelection could already be a near certainty, and the establishment Democrats who lined up behind Biden’s candidacy may be leading their party to a landslide defeat in November.

Take a look, for example, at the RealClearPolitics average of the Trump–Biden matchup. The first thing to notice is that Biden has always led that matchup, at times by double-digit margins. But those are national polls, and, as frustrated Democrats have been complaining for the past three and a half years, our presidential elections are not a nationwide referendum. Instead, the Electoral College decides the outcome, which is why Trump became president despite losing the national popular vote by nearly three million votes. Clinton amassed her popular-vote majority in a handful of solidly “blue” states — winning California with a 4.3-million vote margin, New York by 1.7 million, Illinois by 940,000, and Massachusetts by 900,000. A handful of lopsided wins, in states that the Trump campaign never contested, thus entirely explains this phenomenon. Because any nationwide poll will reflect this same influence of lopsided Democrat margins in a few large “blue” states, Biden’s persistent lead in such polls must be discounted in terms of their power to predict the outcome in November.

Taking a closer look at that head-to-head national matchup, however, gives us more reason to doubt that Biden’s “electability” is as decisive a factor as Democratic kingmakers have claimed. Biden’s greatest lead in the RCP poll average — a margin of nearly 12 points last September — has shrunk steadily, and not because Trump has become more popular. Instead, while Trump’s poll average has hovered in a range between 41 percent and 45.6 percent, Biden’s average has declined from a high of nearly 53 percent last September down to 47.6 percent as of Wednesday. This trend is remarkable when you consider everything that has happened in recent months, as Trump went from the impeachment ordeal in February to the COVID-19 crisis. Democrats and their media allies have savagely criticized Trump’s leadership in the pandemic (“The ‘Orange Man Bad’ Disease,” March 30), but polls indicate this has done little damage to the president among his core supporters. Instead, it is Biden who has suffered declining support during this crisis, losing 3.6 points in his RCP average since March 21.

Do these numbers really mean anything? Polls are not predictions, as any pollster will tell you, and we cannot rely on poll numbers to forecast outcomes six months ahead of an election. For example, four years ago, in May 2016, Hillary Clinton enjoyed a six-point lead over Trump in the RCP average, and we know how that story ended. In retrospect, we can see that Clinton suffered from being perceived as the “establishment” choice, representing a status quo that Trump successfully challenged. In the aftermath of the 2016 election, pundits mining the exit-poll data have located other factors — Clinton generated less enthusiasm among black voters than had Obama, for example, although this was not really surprising — yet nothing really mattered more than Trump’s bold challenge to the policy status quo. Departing from the standard-issue Republican formula, Trump rejected the “globalist” agenda of free trade and unlimited immigration, advocating a new nationalism expressed by his campaign slogan “Make America Great Again.”

How has that played out? Well, the COVID-19 pandemic has certainly done nothing to increase American confidence in the benefits of globalism (see Richard Shinder’s recent American Spectator article). China’s communist regime has played the villain and, in the process, has exposed the danger inherent in a policy of outsourcing manufacturing overseas. If the United States cannot rely on domestic sources for basic health-care supplies, what other strategic vulnerabilities have been created by our trade imbalance with China? You don’t have to be a xenophobic “America First” nationalist to see this as a problem in the wake of the coronavirus crisis, which has arguably vindicated Trump’s critique of the globalist agenda. And now that the frightening “surge” in infections is apparently behind us, the challenge facing the country is how to recover from the economic damage caused by weeks of mitigation lockdowns. Who do voters believe is best qualified to lead America in this recovery?

Different polls yield varying numbers, and it would be foolish to race ahead, confidently predicting the November outcome based on a few cherry-picked findings from polls taken in April and May. Nevertheless, one can spot obvious signs of trouble for Biden’s campaign, including a recent poll which found that 22 percent of Bernie Sanders’ supporters say they don’t plan to vote for Biden, and a CNN analysis last month that found the 77-year-old Biden underperforming with younger voters. That was before widespread media attention to former aide Tara Reade’s accusations of sexual misconduct against Biden, and a poll released Tuesday found that 28 percent of Democrats now want Biden off the ticket. Never mind, of course, the visible evidence of Biden’s declining mental acuity (“Weekend at Biden’s,” May 4). Oh, yes, and don’t forget that Biden’s son got rich from a sweetheart deal in China, which looks worse in the wake of COVID-19.

Trump obviously has his flaws and weaknesses as a candidate, but these are already well-known to the electorate, whereas Biden’s flaws and weaknesses have not yet been targeted in a sustained campaign. Considering that Trump’s campaign and the Republican National Committee have a cash advantage of $187 million over Biden and the Democratic National Committee, the GOP could at any time unleash a blitz of attack ads aimed at Biden that the Democrat could scarcely afford to answer. With such a massive edge in campaign cash, the Trump/RNC machine could afford to spend $20 million a month on campaign ads, every month between now and November, and still reach election day with more than a $50 million advantage over Biden and the DNC.

Looking at the polls in early May — Biden led the RCP average by 5.3 points as of Wednesday — Democrats might feel optimistic about their chances of beating Trump. But it’s a long way to November, and polls do not tell us everything that can be known about politics. The betting odds, which are determined by people actually wagering their own money on the election, show Trump a solid favorite to win reelection. Maybe those bettors know something the pundits don’t know, but how many people would be willing to bet on Biden’s “electability”? If the Vegas odds are right, and Trump is headed toward a decisive victory in November, we may look back in six months and realize that “Sleepy Joe” never had a chance.