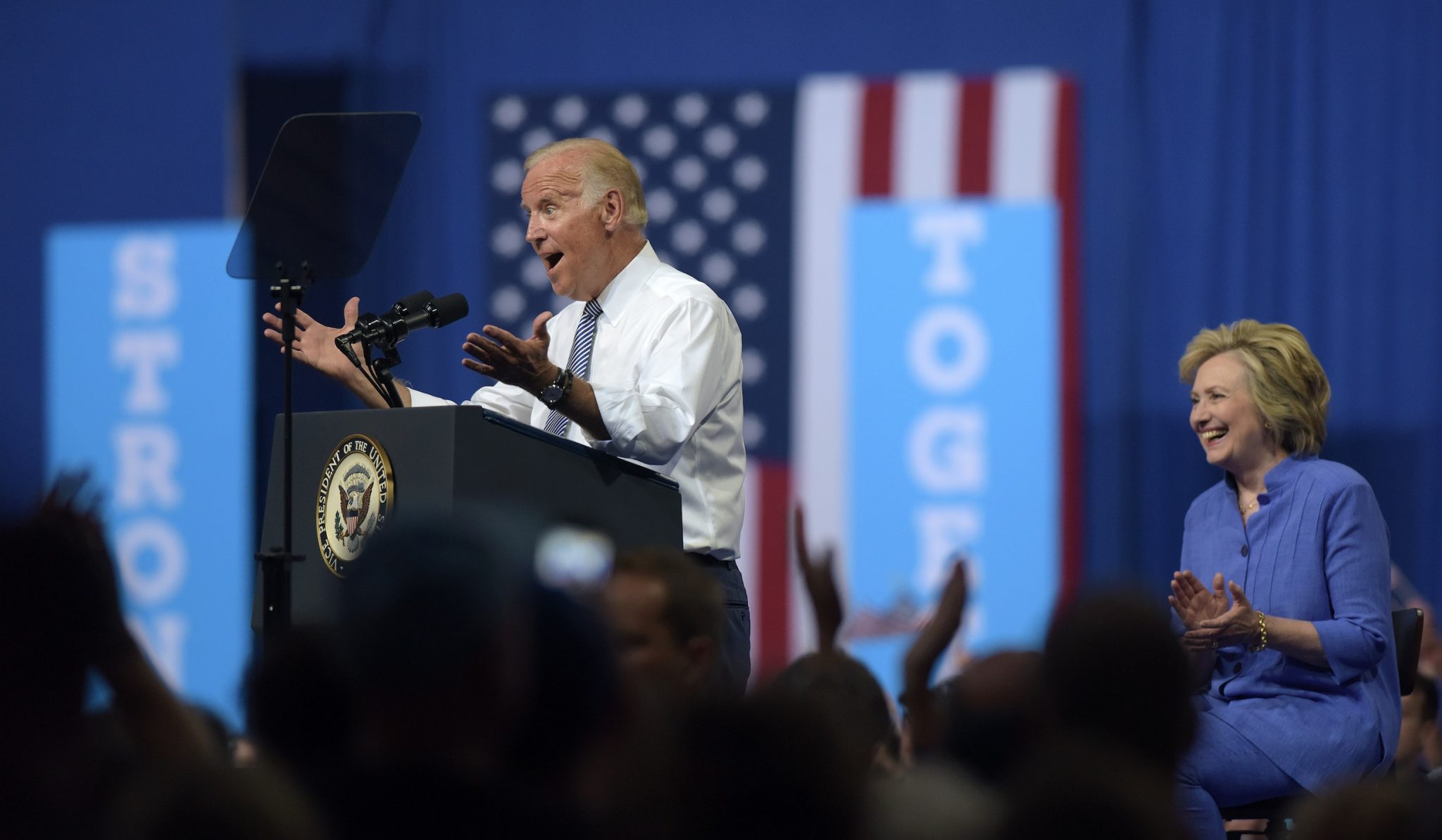 Tara Reade claims to be a loyal Democrat, and she might be doing her party a huge favor. Her accusation that Joe Biden sexually assaulted her in 1993 gives Democrats a plausible excuse to ditch the former vice president as their 2020 presidential nominee, thus sparing themselves a likely disaster in the fall campaign. To put it as bluntly as possible, Biden’s mental decline is so obvious as to be an embarrassment, as he stumbles in every interview, even with the most friendly journalists. Democrats and their friends in the media attempting to push Biden’s candidacy forward resemble nothing so much as the cast of the 1989 comedy Weekend at Bernie’s, hauling around their dead boss’s corpse and trying to pretend he’s still alive.

Many Democrats, of course, claim that Biden’s mind is unimpaired, or at least not bad enough to prevent him from defeating President Trump in November. Such Democrats apparently believe that Trump is so unpopular that doubts about Biden’s mental acuity will make no difference. This attitude is part of what can be called the “referendum” perspective on the fall campaign. Rather than seeing the election as a choice between two candidates, instead these Democrats expect voters to go to the polls to vote against the incumbent. The success of Democrats in the 2018 midterm election encourages this view, which was the subject of an Associated Press article over the weekend, reporting that “Biden campaign aides say they are bullish on the prospects of winning states Trump carried in 2016.”

Will American voters heed criticism of Trump’s policy from someone who can’t articulate a complete sentence?

Maybe so, but maybe these Biden campaign aides are just blowing smoke. It is impossible to believe they haven’t noticed that their candidate is a few fries short of a Happy Meal. Every TV interview provides further evidence that the 77-year-old Biden is non compos mentis. When he appeared Friday on MSNBC’s Morning Joe for a high-stakes interview with Mika Brzezinski, Biden should have been at the top of his game. Instead he appeared at times baffled by simple questions, and at one point forgot the name of his top adviser on the COVID-19 pandemic. A transcript shows how hopelessly incoherent Biden has become:

You know, one of the things, uh, every morning — this morning I didn’t — I get a brief from medical docs on the status, the status of where things are, and uh, you know, uh, the former head of the, uh, anyway.

In the same interview, Biden forgot the name of the Ebola virus:

Look at what’s happened with regard to this pandemic, the pandemic, is that the president has no intercourse whatsoever with the rest of the country, uh, the world on dealing with these things. We led, Barack Obama led the corona — I mean, excuse me, in the pandemic that occurred when we were in office. It was kept in Africa. We organized the world. We put things together. That’s our job because we — if we don’t do it, no one is going to do it, as you’re now seeing.

Will American voters heed criticism of Trump’s policy from someone who can’t articulate a complete sentence? Biden’s defenders who wish to pretend that his descent into incoherence isn’t happening — that this is simply a continuation of his well-known propensity for gaffes — are asking American to disbelieve what they can see with their own eyes. During a CNN interview last month, for example, Biden seemed to struggle to remember a talking point about Franklin Roosevelt’s creation of the War Production Board during World War II, even while visibly reading from notecards in front of him. Recounting some of Biden’s bumbles during his Friday MSNBC interview, the Boston Herald’s Howie Carr asked, “If you can’t figure out what Joe Biden says, is it still a lie?”

No doubt, the Trump campaign has a vast vault of video clips ready to roll out in campaign ads highlighting Biden’s mental incapacity, but they’re probably holding back to see if the Democrats will actually nominate the man Trump calls “Sleepy Joe.” Ever since Biden scored his big Super Tuesday wins in early March to effectively clinch the nomination, there have been murmurs that Democrats might pull a switcheroo. Liz Peek, a columnist for the Hill, suggests Hillary Clinton is waiting in the wings “desperate to avenge her 2016 loss” to Trump. And now — what a strange coincidence! — Biden finds himself accused of sexual misconduct.

Wouldn’t it be convenient to a certain resident of Chappaqua, New York, if this scandal were to force Biden off the ticket? And wouldn’t that switcheroo spare Democrats the uphill battle of trying to convince America that Sleepy Joe is still in complete possession of his faculties? Of course, Democrats are eager to blame Trump supporters for promoting the idea that Biden isn’t playing with a full deck, but these concerns were raised by some of Biden’s rivals for the nomination, including Julián Castro and Cory Booker. After one particularly bad debate performance by Biden last November, MSNBC’s Joe Scarborough said, “He knows he’s having trouble finding words. The sentences are jumbled, the words are jumbled.… Are we afraid to say that a lot of his sentences don’t make sense? That he’s having trouble completing thoughts?”

Democrats and their media allies currently seem to believe they can steer Biden past the Tara Reade scandal, but what about the young woman who says Biden complimented her breasts when she was 14? Or what about the seven other women who have accused Biden of inappropriate behavior? Is it possible that still more accusers might come forward? But sexual misconduct claims are not really the worst problem for the Biden campaign. Their worst problem is … Joe Biden.

Sleepy Joe has spent the past six weeks quarantined in his basement in Delaware, but if he’s really going to be the Democrats’ nominee, he’ll have to go out on the campaign trail sooner or later, and eventually face Trump on the debate stage. Does anyone really believe Biden is up to such a challenge? Or is this campaign turning into a dark comedy we might call “Weekend at Biden’s”? Given the probability that such a farce would conclude with Trump’s reelection, Democrats might yet decide to rewrite the script.