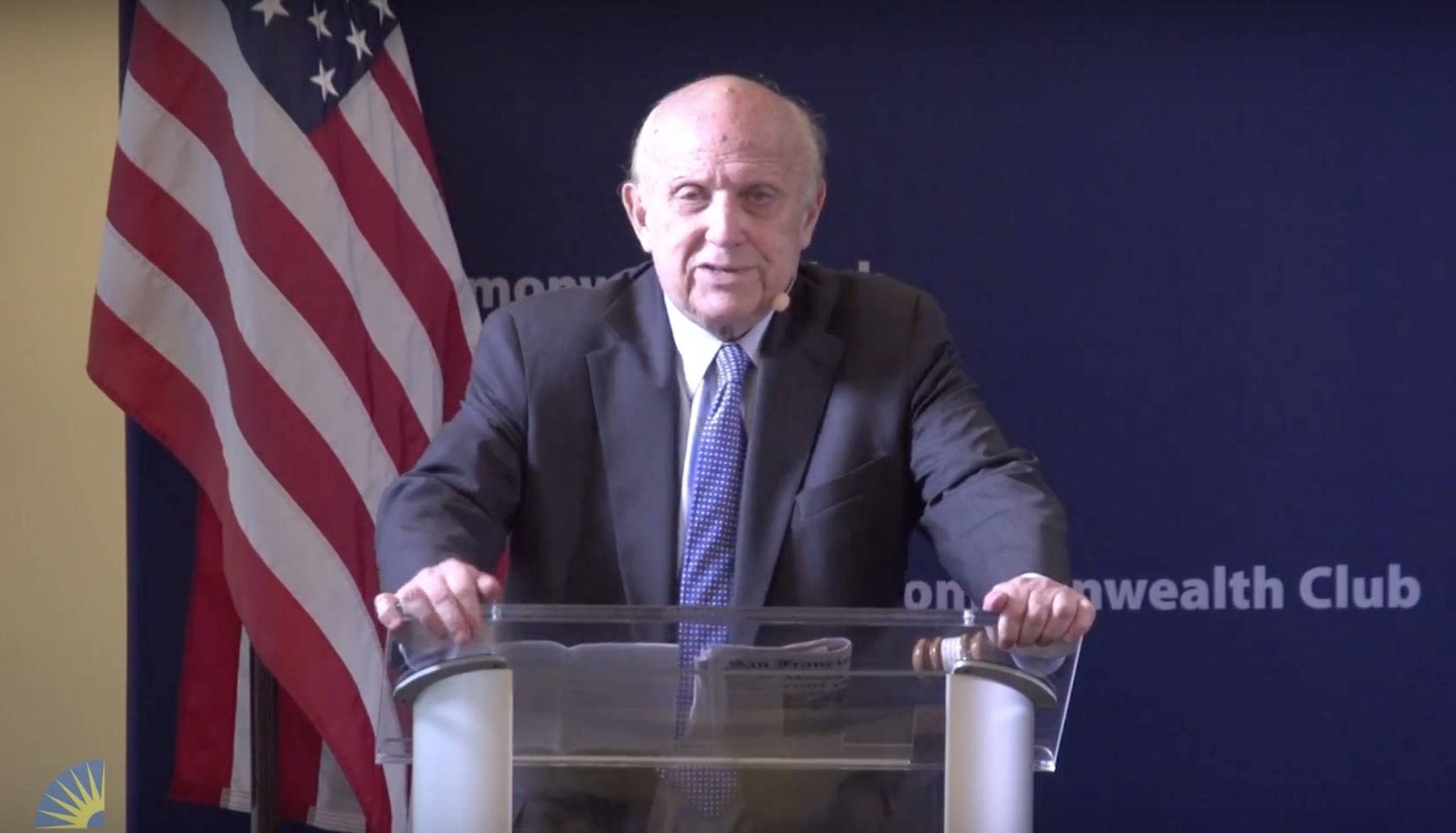 Last week the headlines should have abounded with the year’s good news. It was the economy: GDP up some 3 percent and for the last quarter nearly 4 percent, unemployment down to a 17-year low and black unemployment at the lowest level since such statistics were compiled. The stock market was soaring, up some 42 percent since Donald Trump was elected, and inflation was low. It was the best Christmas season in years. President Trump has — true to his word — presided over a genuine economic recovery, as opposed to President Barack Obama’s 8 years of stunted recovery — what the pessimists called the “New Normal.”

Instead the headlines—and the cable news stories — abounded with a private remark made by our President — or perhaps not made by our President; he denies making it. In a White House meeting on immigration he allegedly used the word “sh–hole” to refer to various African countries and to Haiti. These countries are generally characterized by tyranny, corruption, and violence. If one refers to them as “hellholes” it usually attracts no opprobrium, though now it might attract feigned outrage by left-wing opportunists for they have called the offending remark “racist.” Actually race has nothing to do with the countries’ obvious shortcomings.

Who doubts that in private such men as John F. Kennedy, Lyndon Johnson, and Richard Nixon used such off-color terms as “sh–hole.” I personally heard former president Nixon use similar vulgarities — infrequently, but he used them. For that matter, I have recorded Hillary Clinton’s recourse to off-color language. Now, shall I repair to the library in search of JFK and LBJ’s lapses into crudeness? It would not take very long. The man who reportedly leaked our President’s indiscretion was none other than Senator Dick Durbin of Illinois. Do you remember that sultry June day back in 2006 when on the floor of the Senate he accused the American military of using the tactics of Nazis, Soviets, and Pol Pot at Guantanamo? Now he has called President Trump reprehensible for his use of an off-color word in private.

I am not particularly disturbed by our passionate and earthy 45th President’s resort to salty language in discussing what kinds of immigration legislation are desirable for the United States. Though I think there are more important issues to discuss and even celebrate. As I have said, how about that economy!

Which brings me to another story I noticed last week. Floyd Abrams, the nation’s Keeper of the First Amendment, chided the Wall Street Journal for what the Journal termed “being too nonchalant about Mr. Trump’s rants.” Abrams did it in a Letter to the Editor where he wrote: “… journalists should be the first to take seriously and condemn vigorously any president who does so.” His dudgeon put me in mind of the days when I, in the late 1990s, was defending myself and The American Spectator against the Clinton Administration’s attempts to jail my staff and me. They dragged us before government inquiries and grand juries.

As they were doing so Bob Bartley, the legendary editor of the Journal’s editorial page, advised me to call Floyd Abrams, the aforementioned Keeper of the First Amendment. He was a great friend of the press, supposedly. So I called him. And I called him. And still I tried to reach him. Floyd would not return my call.

Later Bartley insisted I go to a lecture by the Keeper of the First Amendment on the sanctity of free speech in America or some such related topic. I can still smell the incense burning, though I have forgotten the details of Floyd’s sermon. When he was done I went down to the podium and introduced myself. I told him of how I had tried to call him — at Bartley’s suggestion — between trips to the government inquiries or visits to my lawyer whose bills were mounting. In fact, the burden of Floyd’s letter to the Journal the other day was just that, the heavy expense, especially to small publications, of answering what he called “meritless but expensive litigations” inflicted on us by the federal government or perhaps Donald Trump.

Floyd was imperturbable. When I asked why he had not returned my repeated calls he answered: “Because Tyrrell you won’t listen, you won’t listen.” Then he hastened off, probably to give another sermon on the imperishable value of the First Amendment. Incidentally, when I talked with him on that occasion I had never met him before, and, of course, that brief talk was my last.

Frankly, Floyd Abrams’ neglect of me and my cause was not surprising. You see, to a liberal—and Abrams is one of the last liberals still extant — the safeguards of the Bill of Rights do not extend to conservatives. They are reserved for liberals and the liberals’ pet victims. We conservatives have to survive without allies like Abrams. And we do survive.