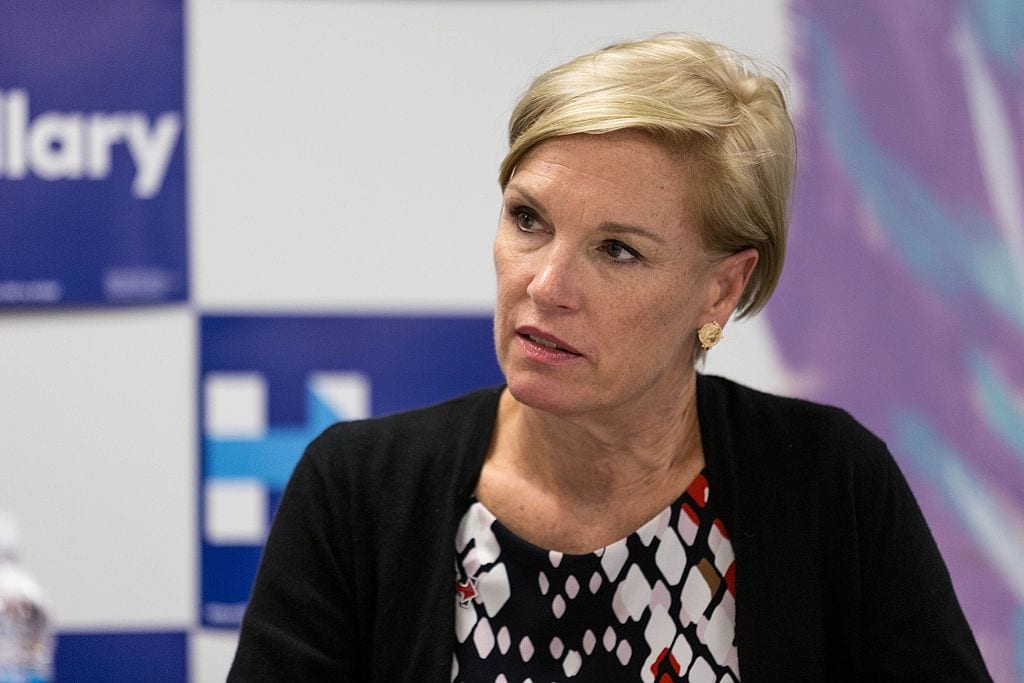 “I love you!” shouted one of the abortion girls.

“I love you back,” responded the abortion president.

It was a mutual-admiration society: each side in gratitude to the other for keeping the doors of America’s abortion mills open and for the added plus of forcing taxpayers to grease the cogs and wheels and blades inside.

But Barack Obama directed his most personal words of appreciation to Planned Parenthood’s abortion president, Cecile Richards. Said Obama to a beaming Richards: “As Cecile described, Planned Parenthood is the only organization that she’s ever been at where there are opponents who, in her words, ‘literally got up every day trying to figure out how to keep us from doing our work.’”

And what of that work? Here, too, America’s abortion president could hardly contain his excitement. He enthused to the president of Planned Parenthood: “Cecile, thank you for the warm introduction, and thank you for the outstanding leadership that you’ve shown over the years. You just do a great, great job. (Applause.) I want to thank all of you for the remarkable work that you’re doing day in, day out.… And we are truly grateful to you.”

Ms. Richards must have blushed.

That work has been especially bloody in the black community, which came out in droves to twice elect our first black president, who served the abortion beast so diligently. For 45 years, a disproportionate number of Planned Parenthood clinics have been posted near black neighborhoods, and for 45 years a disproportionate number of unborn African-American babies have been legally stabbed, shredded, ripped, and obliterated in the name of “women’s health.”

In retrospect, it seems almost a cruel joke that Planned Parenthood in 1966 bestowed its first annual “Margaret Sanger Award” — its highest honor — on Martin Luther King Jr., before more recently conferring it on such proud recipients as Nancy Pelosi and Hillary Clinton, the latter of whom gushed that she is in “awe” of Sanger, a racial eugenicist who championed a “Negro Project” and in May 1926 spoke to the Silverlake, New Jersey women’s chapter of the KKK.

None of that seemed to bother Barack Obama in April 2013, nor did it deter Cecile Richards in her “great, great job,” which she performed at a nifty salary of $600,000 per year.

And now, Cecile rides off into the sunset, perhaps moseying back to her home state of Texas, where, in July 1957, her mother, onetime Texas governor Ann Richards, gave her the gift of life.

Cecile is now 60 years old. Her vibrant face of a decade ago looks worn not by age but by guilt—surely by the torment of an inescapably guilty conscience, by the wear and tear of running an organization that wears and tears the most innocent among us.

If Cecile lives to be her mother’s age, she will have 13 more years ahead of her. That’s not a lot of time. It’s 4,745 days. If she begins now, she can start offering an hour of repentance for each of those millions of victims snuffed out in the womb by her organization in her tenure.

Actually, come to think of it, that’s not nearly enough hours. Not even close.