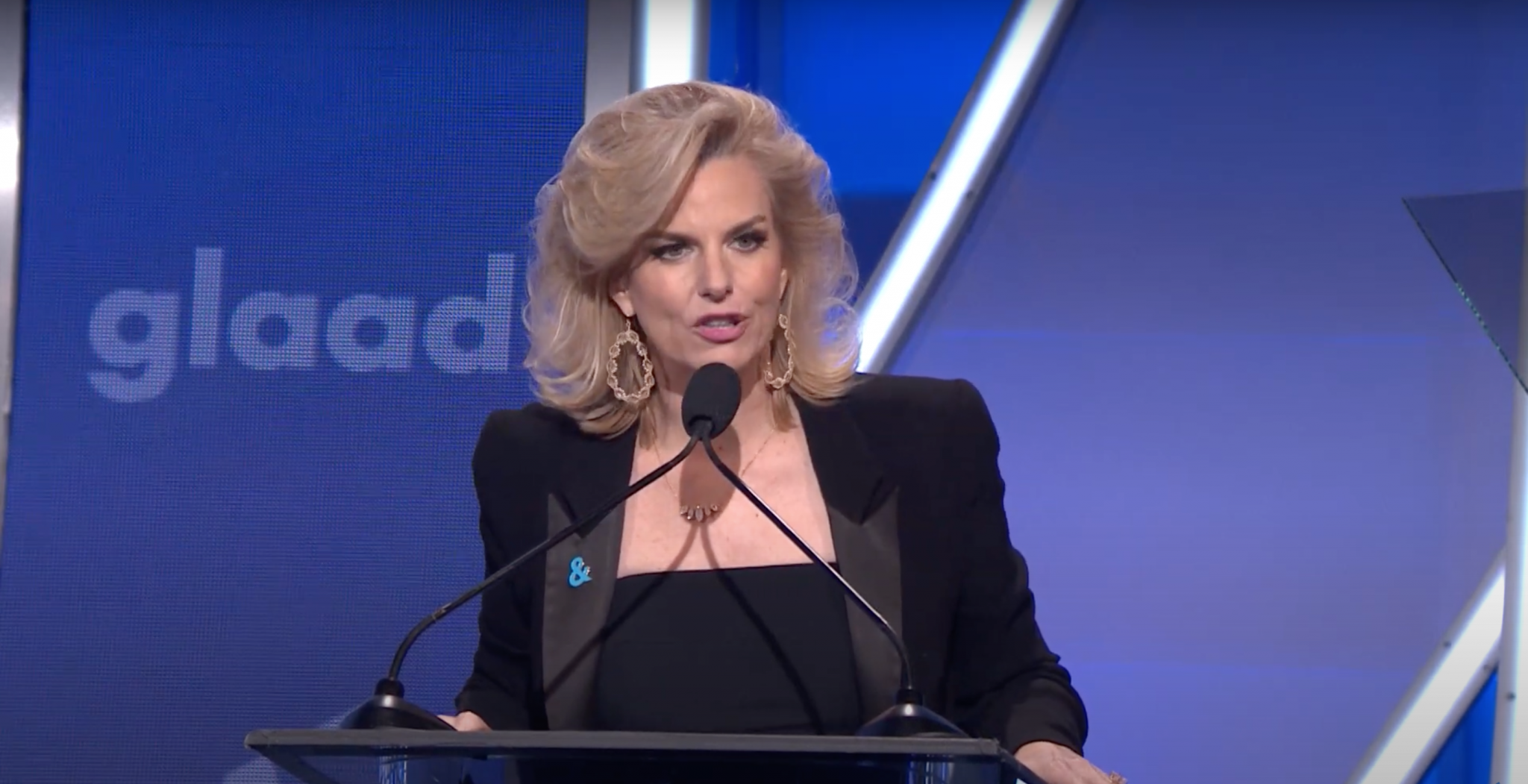 The LGBTQ media organization GLAAD has pulled from the internet its blacklist of over 200 politicians, journalists, and commentators who, it claims, use their “influence and power to spread misinformation and harm LGBTQ people.” The organization calls the blacklist the “GLAAD Accountability Project.”

The list is essentially a coordinated effort to silence anyone who objects to gay marriage or gender ideology. The organization says that the list will help the media decide whether “a person with this history should continue to be given unchallenged air time or ink.”

The list was live for only three days before GLAAD unpublished it following criticism from journalist Jesse Singal that the blacklist entry profiling him contained false information.

GLAAD explained that the project was published before its “internal review process” was complete, which is quite an admission for an organization whose explicit purpose is to police journalistic standards.

A spokesperson for the organization told The American Spectator that the entries had not been retracted, and that GLAAD is simply “updating the overall project,” which will launch shortly with “updated profiles.” The organization also said that it plans to add even more profiles before republishing.

GLAAD considers itself a media watchdog on LGBTQ issues. It says that it aims to “shape the media narrative” to ensure “fair, accurate, and inclusive representation that leads to 100% acceptance” of the LGBTQ community.

GLAAD goes after the media when it deviates from its prescribed standards and the goal of “100% acceptance.” For example, GLAAD called out the New York Times for not quoting a transgender person in a story about the Equality Act, claimed movies don’t have enough LGBTQ characters, and announced they are indexing social media companies for the level of “safety” they provide to LGBTQ people. The criticism of the New York Times was part of a larger “media report card” project in which the organization grades mainstream news outlets on how well they comply with GLAAD standards and then “reache[s] out” to those with failing grades who they deem are not are not properly furthering LGBTQ acceptance.

The probable reason GLAAD pulled the blacklist is the sheer carelessness and brainlessness with which the profiles are written. The profiles systematically make use of ideological talking points rather than evidence, contain inaccuracies, use strange and erroneous grammar, and criticize statements with which only the most hardline transgender acitivists would disagree.

In the case of Singal, who believes people can be transgender but who has written with more nuance about children who express that identity, GLAAD wrote that he “parrots the notion of ‘social contagion’ the baseless theory that kids are somehow being ‘influenced by the gender-identity exploration they’re seeing online and perhaps at school or in other social settings, rather than experiencing gender dysphoria.’ ”

In fact, Singal never came out in support of the theory of social contagion. Rather, he wrote in a 2018 article for the Atlantic that parents are “worried that their kids are influenced by the gender-identity exploration they’re seeing online or in other social settings, rather than experiencing gender dysphoria.” He also wrote about a girl who came out as trans after many of her friends did, but who later detransitioned.

While Singal does not argue for social contagion theory, there is evidence to suggest that social contagion can occur with gender dysphoria. In 2018, Brown University researcher Lisa Littman published a peer-reviewed study that raised this possibility based on analysis of 256 surveys of parents of children who developed gender dysphoria after puberty.

In addition, GLAAD essentially contended that children do not desist from a transgender identity, saying that Singal “clung to his belief that trans children can and do desist.” As Singal has pointed out, both the American Psychological Association and the World Professional Association for Transgender Health acknowledge transgender desistance.

The same trend of carelessness and ideological characterization continues in GLAAD’s other profiles.

In its profile of writer Abigail Shrier, GLAAD writes that she “misgendered school-aged trans girl athletes as ‘biological boys.’” Of course, Shrier’s statement here is factually true, and until very recently would have been accepted even by most transgender activists.

GLAAD also notes in Shrier’s profile that “Amazon refused to host ads for [Shrier’s] book due to it’s content related to medical diagnoses or treatment. ROGD is not recognized by any major professional association.” This assertion fails to describe Shrier’s supposed indiscretion, is grammatically incorrect, does not define the obscure acronym “ROGD” (which refers to rapid onset gender dysphoria), and functions only by the weak and flawed argument that “Amazon says her book is bad, so it’s bad.”

GLAAD also faults Shrier because she “Described trans rights as an attack on women, misgendering transgender women as ‘biological males who self-identify as females,’ and saying their use of ‘women’s restrooms, locker rooms and protective facilities… would put women and girls at immediate physical risk.’”

The profile provides no evidence to disagree with the assertion that having biological males in women’s restrooms and locker rooms would put women at risk. It simply quotes Shrier’s comments.

In its profile of conservative commentator Candace Owens, GLAAD writes this biased condemnation: “Owens falsely claims that supporting transgender people from discrimination is an attempt at ‘erasing’ womanhood. Trans women are women.”

In addition, GLAAD writes in Owens’ profile: “The science shows there are far more than two genders and more than two sexes.” To support this assertion, they link to a Psychology Today article in which psychology professor Jonathan D. Raskin writes, “Most people are classified as being either biologically male or female, although the term intersex is reserved for those with atypical combinations of biological features.”

It’s not surprising that the over 200 published profiles branding people as homophobes or transphobes needed to be “updated” because of carelessness. Rather, it’s emblematic of the goal of ideological censorship.

It doesn’t truly matter to GLAAD whether a list of an individual’s supposed sins is accurate or whether hard evidence demonstrates that a person has voiced inaccuracies. All that matters is the target painted on the back of the person who deviates from the accepted ideology.

When GLAAD re-releases their blacklist, it will likely more carefully describe supposed sins and use more sources to prop up gender ideology. That will be little more than window dressing, however. To GLAAD, only the declaration that these people are heretics really matters.

GLAAD has considerable weight in the mainstream media and Hollywood.

For example, after actor Mario Lopez questioned whether three-year-olds can determine they are transgender, GLAAD condemned him, and he soon fully recanted his statements. Similarly, after the Hallmark Channel removed an advertisement featuring a same-sex couple, GLAAD pressured Hallmark to reinstate the ad by creating a petition, directly talking with the company, and encouraging news outlets to cover the ad’s removal unfavorably. The Hallmark Channel soon reinstated the ad.

With its blacklist, GLAAD is embracing these aggressive pressure campaigns and using them to dictate who is and who isn’t worthy of having a voice. With the considerable influence GLAAD holds over the media and the public, the blacklist will certainly be used as a weapon to attack and discredit those who appear on it.

This frequently occurs with the Southern Poverty Law Center’s “extremist” list, which is used to silence and smear legitimate organizations like the Alliance Defending Freedom, the Ruth Institute, and the American College of Pediatricians.

It’s a sad state of our culture that instead of engaging with those of different perspectives, GLAAD simply labels as hateful anyone who deviates from its orthodoxy.