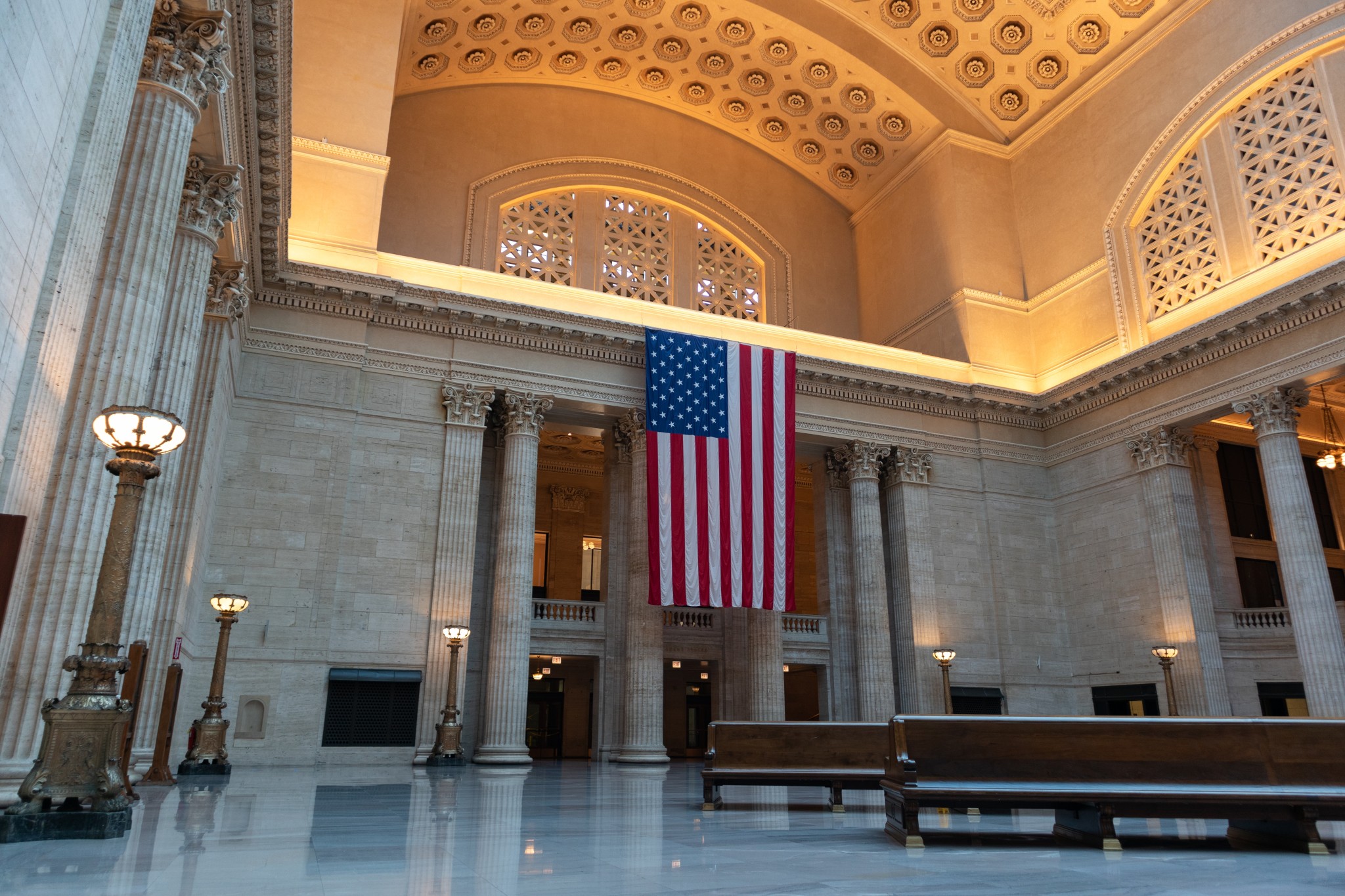 I remember one of my first public debates with a liberal. It was 1989. I was editor of the editorial page in my campus newspaper, The Pitt News, which was published Monday through Thursday, with a huge print circulation of roughly 50,000 copies. I had several like-minded columnists on my staff. Like me, they read The American Spectator and relished the writings of R. Emmett Tyrrell, Jr., P.J. O’Rourke, Andrew Ferguson, Malcolm Gladwell, Wlady Pleszczynski, and the witty magazine’s band of cheerful conservative rogues who appealed to us young ’80s-era Reagan conservatives. One of my writers, Mario, was such a fan of Tyrrell that he pondered dressing as The American Spectator’s editor-in-chief for Halloween one year. He opted for the more recognizable William F. Buckley, Jr.

But I digress from my topic here today.

When I wasn’t writing on subjects like homelessness and the end of the Cold War or echoing P.J.’s epic call for a New McCarthyism on college campuses (a cause badly needed today), I was jousting with campus liberals, who, naturally, responded by calling me a fascist, Nazi, homophobe, and racist.

Yes, dear reader, they’ve been doing that forever. That’s simply part of being a liberal. It’s in the marrow of the bones of homo liberalis.

We occasionally did point-counterpoint forums on our editorial page. A hot issue of the day was flag burning, which Congress and the Supreme Court were debating vigorously in 1989-90. Predictably, our College Democrats were wildly supportive of this heretofore unseen inalienable right apparently etched into both the Liberty Bell and even Plymouth Rock. Recall, after all, that the first thing that Thomas Jefferson did after penning the Declaration was roast himself a flag. And as today’s textbooks duly note (especially in Loudoun County’s intrepid CRT curriculum), John Winthrop wiped his boots with an American flag whilst stepping off the Arabella in 1630, right after his “City Upon a Hill” address.

Our liberal patriots, ladies and gentlemen, stand on the shoulders of great men.

And so, in 1989, liberals nationwide hankered to light one up. One of our editors from the entertainment section of the campus newspaper, no doubt fresh from lighting up a few bong hits in his dorm room, was practically hyperventilating to ignite the Stars and Stripes. The scruffy fellow had gasoline and cigarette ready. His campus comrades torched American flags habitually when remonstrating against everything from nukes to Ronald Reagan aiding the anti-communist Contras. Since their glory days protesting the Vietnam War, it had become a progressive rite of passage to set ablaze Old Glory at a rally.

And so, my editor colleague and I traded blows in the “Forum” section regarding the merits of protesting versus protecting the American flag. For this, I was dubbed a (you guessed it) fascist, Nazi, homophobe, and racist. I surely would have been called “transphobic,” too, but that spell of lunacy was still decades away from being embraced by a culture of barking-mad crazy people.

I thought of all this after writing my recent piece for The American Spectator on “Pride and Flags.” That column was about the annual June tsunami that is Pride Month and the extraordinary proliferation of LGBTQIA+ rainbow flags in big cities and liberal enclaves.

Thus, what today strikes me about the modern liberal and flags is not flag burning. Oh, sure, any Antifa hooded weirdo or BLM burner stands ready to smolder one outside a police station. But what strikes me is that liberals of my day have traded in their flaming American flags for, instead, soaring Gay Pride flags. Now those, you see, are flags that they would never burn. In fact, I bet they’d be willing to declare it a hate crime to burn a Gay Pride flag in the public square, after decades of insisting that burning an American flag was the noblest act of patriotism.

They do just love America.

In my last column, I waxed philosophical about the fascinating phenomenon of little towns in my neck of the woods erecting banners of soldiers on Main Street lampposts beginning around Memorial Day and continuing through Independence Day, and, in some cases, staying up year-round. These are those towns’ flags of choice — not rainbow flags. They are celebrating military sacrifice, not sexual license.

But in liberal towns, especially college towns and left-wing outposts throughout the Northeast and on the left coast, you don’t see these military banners. You see Gay Pride flags throughout June and usually into Independence Day and throughout the summer. One college town, about 60 miles from The American Spectator’s office in Alexandria, Virginia, which I visited this time last summer, was saturated with rainbow flags at seemingly every home and shop. The whole town might as well have been draped with one massive Gay Pride flag. From the coffee shop to the pagan witch store, this was the overwhelming banner of choice. Not the American flag, but the Gay Pride flag.

And why not? After all, Thomas Jefferson, not to mention John Adams and Ben Franklin when they recruited Thomas Jefferson to write the Declaration, were thinking of Drag Queen Story Hour when they issued their historic proclamation in favor of life, liberty, and the pursuit of happiness. And if not Jefferson and Adams and Franklin, well, we at least know that this was the thinking of George Washington and Patrick Henry. And Martha Washington. And Betsy Ross. And Francis Scott Key. And the entirety of the Continental Congress. We could go on.

Alas, such is the mind of the modern millennial. One response to my “Pride and Flags” piece was from a young lady (actually, I did not ask for her pronouns) excoriating my Neanderthal attitude for not realizing that those young men at Normandy on June 6, 1944, were storming the beaches to fight for your 14-year-old daughter’s right to have her breasts surgically removed without her parents’ consent. How could I be so blockheaded? So bigoted?

What cave did I crawl out of?

This young person emphatically asserted that those boys at Normandy fought for “freedom.” Yes, they did. But that generation of Americans, like the American founders, had a wholly different (and proper) conception of freedom based on Biblical law and natural law. They knew that freedom needs faith. They understood that freedom unmoored from faith is disastrous. Faith navigates freedom. Freedom without faith is licentiousness; it is chaos, disorder. This is what conservative intellectual Russell Kirk and others (including Pope John Paul II, who admired the American founders) meant by “ordered liberty.”

We young conservatives reading The American Spectator in the 1980s understood that. Our president, Ronald Reagan, spoke of the “twin beacons of faith and freedom that brighten the American sky.” Extinguish one of those beacons — faith — and the sky is much less bright. The culture and country darken.

So here we are in 2022. Here I am, groaning with my caveman club, clinging to my God and guns (as Barack Obama would sniff), oblivious to the notion of over a hundred different “gender options.” No longer does the liberal fight to toast the American flag; rather, the liberal fights to hoist the Gay Pride flag. That is the new calling, the cause, the crusade. And if you resist the liberal, then you, too, are just as much the fascist, Nazi, homophobe, and racist. As R. Emmett Tyrrell, Jr. would say, that’s the Kultursmog of our day — the new zeitgeist.

That’s where the liberal blows with the wind in 2022. As for me, I still stand with the Stars and Stripes. I’ll be flying it this July 4th, not burning it.