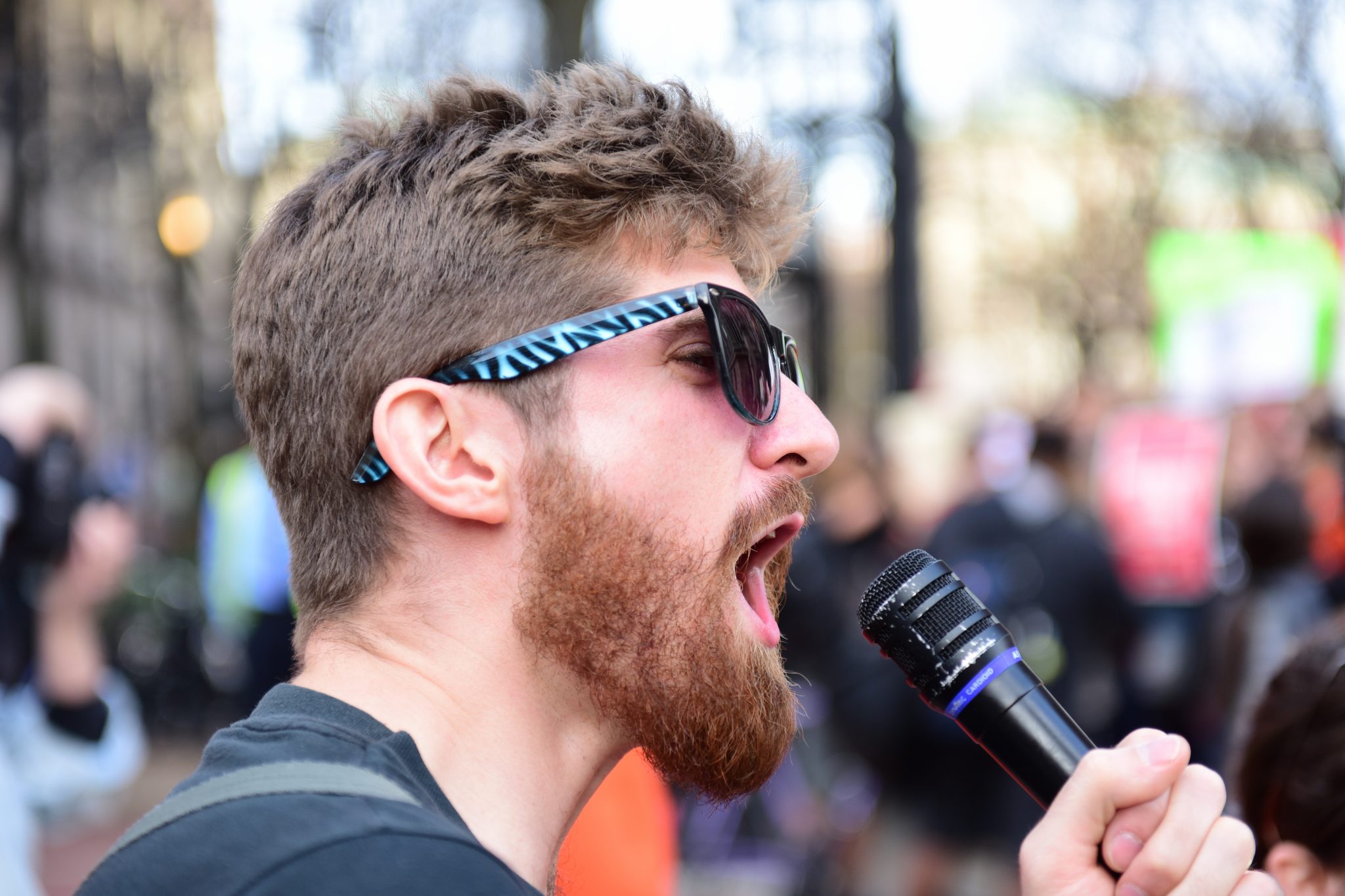 As colleges go, so goes the nation. A new report on student views of free speech released this month should therefore give Americans some cause for concern.

Published on May 5 by the Knight Foundation in partnership with Gallup, the report contains a somewhat paradoxical series of findings: college students support restrictions on “offensive” speech in ever-greater numbers while simultaneously believing that free speech and the First Amendment are increasingly at risk.

Large numbers of campus liberals are aware that free speech is receding in colleges and elsewhere, and yet they champion further speech restrictions.

The proportion of respondents believing that colleges should be able to restrict language containing slurs has surged from 69 percent in 2016 to 78 percent in 2019. More bizarrely, an overwhelming 71 percent (up from 63 percent) of students think colleges ought to be able to restrict the use of “stereotypical costumes,” which a reasonable person might consider to be beyond the purview of college administrators.

At the same time, however, a smaller proportion of students believe the First Amendment is secure — 59 percent, compared to 73 percent in 2016. A strong majority of students also believe that the climate of their campus stifles free expression, while many acknowledge that liberals are freer to speak their mind than conservatives.

The numbers seem almost contradictory at times: large numbers of campus liberals are aware that free speech is receding in colleges and elsewhere, and yet they champion further speech restrictions. Perhaps this is a simple contradiction, though more likely is that liberals increasingly perceive “hate speech” and other insensitive forms of expression as beyond the bounds of protected free speech.

In support of this is the fact that staggering numbers of students continue to believe that “hate speech” is legally restricted. Only 30 percent of respondents answered in the affirmative when asked if hate speech is protected by the First Amendment, with nearly half claiming that it is not. The result is even more dismal when looking exclusively at Democrats: only 23 percent know that hate speech is protected. The kindest interpretation is that this reflects merely a misunderstanding of the First Amendment and not a statement of preference. Yet in tandem with the large majorities that are in favor of college restrictions of insensitive forms of expression, the report implies that many college liberals believe their censorship preferences are also enshrined in law.

America’s college students are its future politicians, media figures, teachers, and bureaucrats. It appears, unfortunately, that their tilt toward an authoritarian view of speech has only grown.