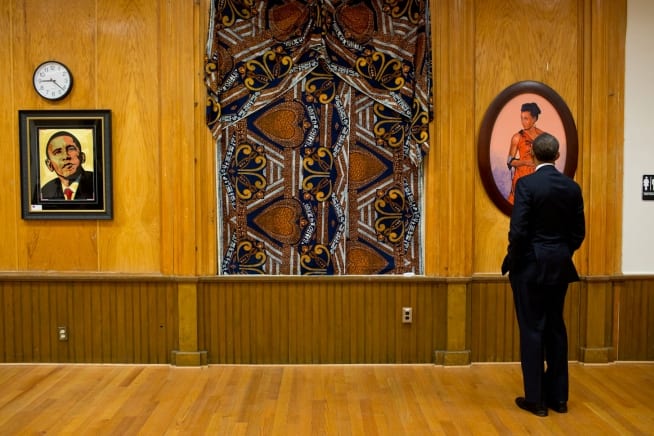 What I’ll add is a reiteration of a larger point — which is the leftists in the media have always glorified and romanticized communist tyranny (and that of other stripes as well), so long as they could do so at the expense of their partisan domestic opponents.

So the atrocities of leftist thugs in Cuba, Nicaragua, and Venezuela get soft-soap treatment, and suddenly North Korea is a surprise darling of NBC and CNN. The Hill’s media columnist Joe Concha was furious over the Norkgasm this week, and rightly so…

Forget the gulags and the mass murders and the starvation of the North Korean people. Forget Otto Warmbier, a U.S. citizen tortured before dying at the hands of the North Koreans. Forget the missile tests over Japan and the declaration of obliterating the United States and its allies in Asia and the Pacific.

What the media wants you to remember is Kim has a great smile and just wants peace and love and Taylor Swift, while Team Trump is evil. Or something…

Nothing is new here. It was all to be expected. Perhaps what’s new is that more Americans than ever see them for who they are. Viewership and readership are down across the board, and perhaps that will continue to translate into the loss of influence the media elite so desperately deserves.

And ponder the vandalism that is the official portraits the Obamas apparently chose for themselves and approve. You may think the Obamas simply have no taste, but the departure from the traditional mode of presidential portraits is yet another subtle signal of their contempt for American traditions. They won’t have the good sense to throw these ghastly portraits on a bonfire. (And remember: Trump is vulgar.)

To the contrary, these portraits fuel the bonfire of their vanities, especially their vanity of being different and better than the ordinary run of Americans and the presidents they followed.

Hayward’s piece is especially noteworthy for its inclusion of some of the most hilarious of the memes and Photoshops of the Obama portraits, delivering a ready supply of mockery and derision to the former president’s debauchery of his office.

There is a large element of contempt in the selection of Kahinde Wiley as the artist for the portrait. Nobody begrudges the Obamas the choice of a painter of African-American ethnicity for those portraits, but Wiley’s work includes the rather bizarre practice of black women with the severed heads of white women — exactly how is this choice appropriate? How does it meet the standard we have the right to expect of a president?

This ought to be remembered as Obama embarks on what’s likely to be two decades of loudmouthed jackassery as an ex-president. That sloppy six-fingered Obama sitting amid the poison ivy, with a bizarre sperm-cell vein bulging from the side of his head, does have one redeeming feature — it perfectly depicts the cultural and moral decline the eight years of Obama represented for this country.

The Trump administration is to be recognized for its political courage in presenting the idea of replacing the current SNAP program with the delivery of Blue Apron-style food boxes to its recipients.

The idea naturally has been panned as cruel and unworkable, by the usual crowd. But it’s a good one and it deserves a fair hearing.

Perhaps the worst feature of the Obama years was the disgraceful number of Americans who were on the food-stamp dole, and the corruption of the program resulting in EBT cards being used at casinos and nail salons and the like. It can’t be allowed to continue now that Obama is out and Trump is in — the welfare state must reflect that change.

There are people, purportedly on the right, who will inform us that structuring the SNAP program as something similar to a bank account promotes economic behavior by poor people that will mimic that of the middle class. This is wrong — what it actually does is to remove the stigma of accepting the dole, something society needs to preserve.

I am for doing good to the poor, but… I think the best way of doing good to the poor, is not making them easy in poverty, but leading or driving them out of it. I observed… that the more public provisions were made for the poor, the less they provided for themselves, and of course became poorer. And, on the contrary, the less was done for them, the more they did for themselves, and became richer.

You can’t say the current food stamp program does anything over than making the poor easy in their poverty. There is zero public purpose in making the delivery of government largesse convenient for the recipients of it.

If nothing else, the food stamp program shouldn’t be any more consumer-friendly than Michelle Obama’s school lunches. The point is to dissuade all but the truly needy from taking food stamps, and to create a booming economy which facilitates people moving from welfare to work.

Trump is attempting to do that. He deserves our support in the attempt.

Have you noticed that Robert De Niro is beginning to look like George Soros? His politics are the spitting image of those of Soros as well.

When was the last decent movie De Niro made? He used to be a great actor.

Did you see the latest POLITICO/Morning Consult poll? It’s a little bit painful for The Narrative…

Republicans have erased the Democratic advantage on the generic congressional ballot in a new POLITICO/Morning Consult poll that, for the first time since April, also shows President Donald Trump’s approval rating equaling the percentage of voters who disapprove of his job performance.

Fully 39 percent of registered voters say they would support the GOP candidate for Congress in their district, while 38 percent would back the Democratic candidate. Nearly a quarter of voters, 23 percent, are undecided.

I’ve said it before, and I’ll keep saying it — this business of there being some mythical Democrat wave building for this fall’s midterms which will sweep in a Democrat House majority and trigger the impeachment of Trump has always been a canard and it’s being exposed as such.

First, as the economy continues to grow and put people to work at higher wages than in recent years voters are simply not going to be interested in overturning the 2016 election.

And second, staking their political future on a conspiracy theory which looks more and more like projection with every disclosure of just how badly the Obama administration corrupted the Department of Justice doesn’t particularly suggest a proper résumé for leadership. The most obvious lesson of the 2016 election is that the average voter is repulsed by the Nancy Pelosis, Maxine Waterses, and Liz Warrens of the world and yet the Democrats have doubled down on crazy ever since.

The generic ballot numbers have never been a great measure of electoral success, simply because D vs. R is never what’s on the actual ballot. Voters might think a generic Democrat is a valid electoral option, but when you run a Hank Johnson or Adam Schiff in a swing district you’ll find they don’t perform quite so well.

This spring and summer we’ll find out there are lots of nuts on the ballot, and the voters aren’t going to choose trannies in the bathrooms and Russians under the bed over a booming economy.