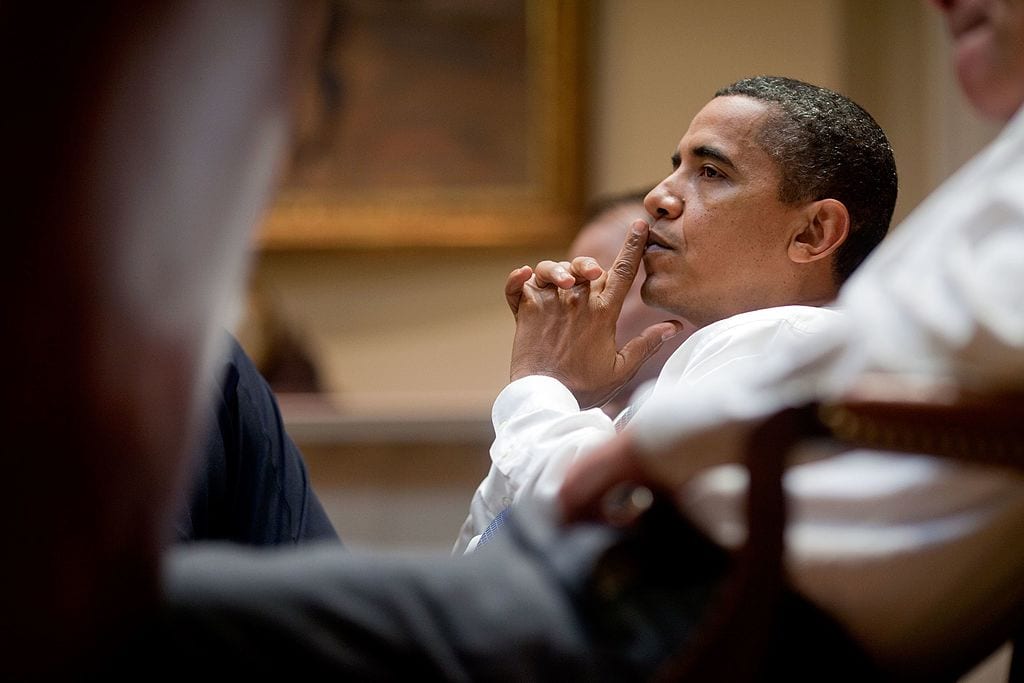 Anyone over the age of 30 has lived through a rather profound shift in federal priorities.

A half-century ago, defense accounted for 45 percent of federal outlays at $405 billion. Medicare and health, combining for $45 billion, constituted five percent of the budget. Granted, the budget disparity occurred at the peak of the Vietnam War. But a review of federal budgets during non-war postwar years generally shows defense dwarfing health-related expenses.

The entity eating up the largest portion of the federal budget remains the well-fed Department of Health and Human Services, which devours roughly $1.1 trillion. Social Security ($1 trillion), Defense and the Veterans Administration ($900 billion), and the catchall category “everything else” ($1 trillion) each account for a smaller piece of the federal pie.

This shift occurred relatively recently. But even in the pre-Obamacare days during the Iraq War in 2009, spending on health-related expenses eclipsed spending on the Department of Defense and War on Terror expenses.

This trend encompasses not just the federal government. At the state and local level, governments spend more on health and hospitals than every other category save education.

Despite government spending more on healthcare than any other category, individuals continue to spend increasing amounts of their after-tax, personal income on medicine. According to the Bureau of Labor Statistics, we spend more at the individual level on healthcare than anything save for housing, food, transportation, and insurance (including Social Security). This seems unremarkable until one grasps that employers and government combine to provide health coverage to about 95 percent of Americans. When combined with government, employer, and all other spending on healthcare, the annual figure we all spend on healthcare exceeds $10,000 per person.

In 1970, we spent about one in fourteen dollars on healthcare. Today, we spend almost one in five. The Office of the Actuary at the Centers for Medicare and Medicaid Services estimates that the healthcare tab for Americans reaches $5.6 trillion by 2025. This exceeds a fifth of the projected gross domestic product. The government group making the estimate about healthcare expenses ominously noted in the abstract of their article at Health Affairs that “the share of total health expenditures paid for by federal, state, and local governments is projected to increase to 47 percent by 2025.”

Some might argue that a political shift from spending on weapons that kill to care that saves lives represents a welcome reorientation of priorities. Others contend that the transition highlights a relative deemphasis of constitutionally mandated priorities to ones not found in the founding document. The sharply upward trajectory of health spending — at the local, state, federal, corporate, and individual level — threatens to cut everything else. This should alarm both groups.

If Americans do not check this rapid growth in spending, opportunities for tax cuts, deficit reduction, or spending on other potentially worthy projects become scare. Worse still, personal pocketbooks increasingly become taxed by spending on health in a way that they did not in the past.

Hunt Lawrence is a New York-based investor .Daniel Flynn is the author of five books.