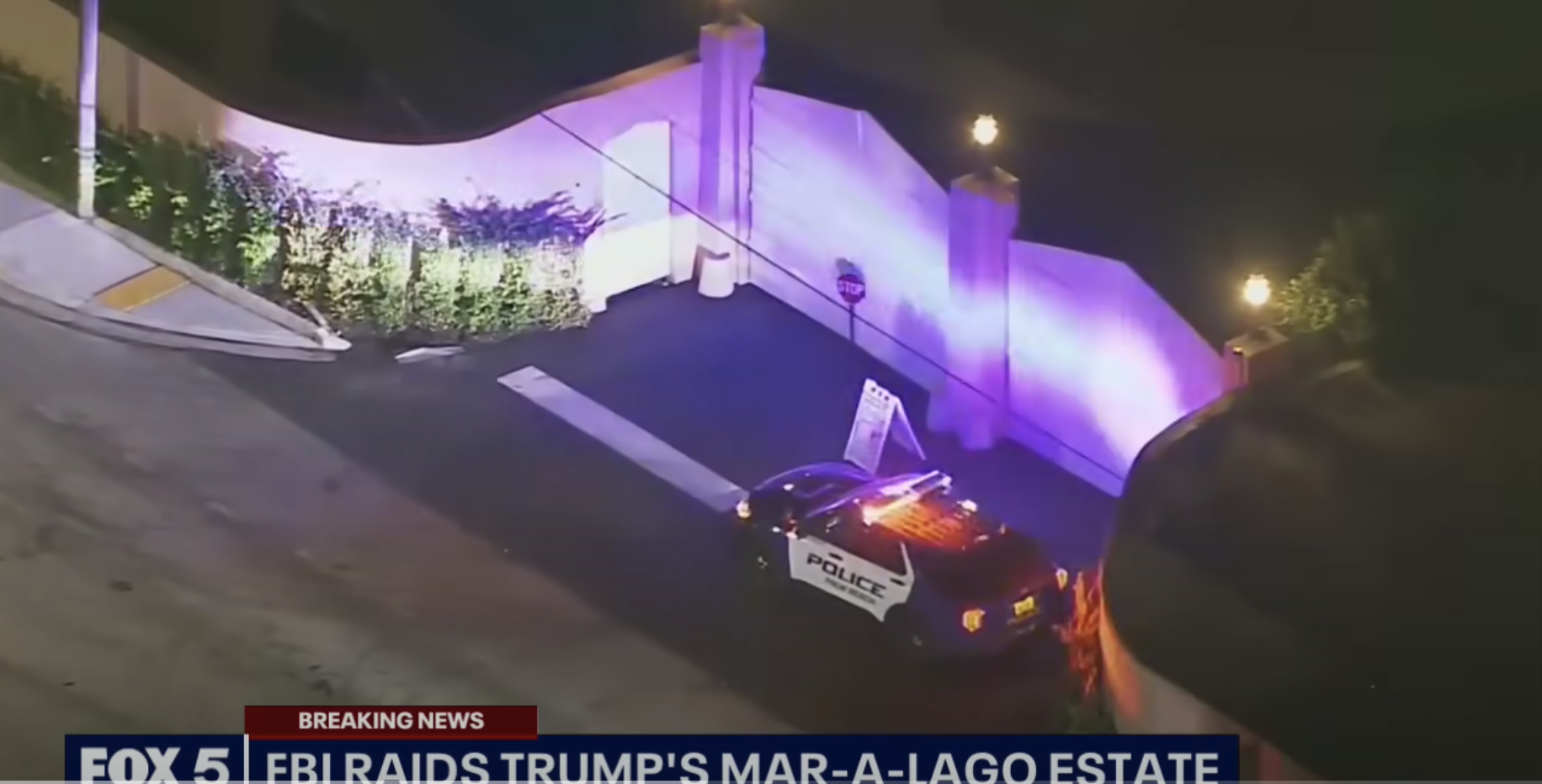 Out of the blue, former President Donald Trump gets a call from his son Eric informing him that the FBI has swooped down on his Mar-a-Lago estate in Florida, with agents rummaging through everything from his empty safe to his wife Melania’s clothes closet.

Shades of Felix Dzerzhinsky. Who was he? He is described as follows on Wikipedia: “From 1917 until his death in 1926, [Felix] Dzerzhinsky led the first two Soviet state-security organizations, the Cheka and the OGPU, establishing a secret police for the post-revolutionary Soviet regime.”

Dzerzhinsky was famous, among other things, for describing the Soviet state security regimes this way:

There were no restrictions when the time came for the iron fist of the dictatorship of the proletariat to smite its foe.

A more perfect description of the FBI raid on Mar-a-Lago, the private home of a former president of the United States, could not be had.

Historian Victor Davis Hanson got it exactly right the other night on Tucker Carlson’s show when he said this:

We’re afraid in the short-term, but in long-term they believe they’re morally superior to America and therefore any means necessary or justifiable for their morally superior ends. Right now, we don’t have the rule of law in Washington.

There is, in fact, nothing new here. What was on display in Mar-a-Lago the other night with the FBI was the oldest of human vices — the lust for absolute power. It was precisely because the Founding Fathers understood that lust exactly that they carefully wrote a constitution that took care to reign it in with a series of checks and balances. Yet even with those checks in place, the FBI and the Department of Justice have blown through all the flashing warning lights because of the personal, political hatreds Washington elites have for Donald Trump — and even more for the millions of Americans who voted for him.

Recall the FBI’s former Deputy Assistant Director of the Counterintelligence Division Peter Strzok and the snide text in which he said he was in a Virginia Walmart and could “smell” the Trump supporters? Recall the back-and-forth 2016 texts between Strzok and former FBI lawyer Lisa Page in which he stated that he had an “insurance policy” to stop then-candidate Trump? Then there was ex-FBI Director James Comey’s rambling on about Trump being “amoral.” (READ MORE: Washington’s Incurable Case of Trump Derangement Syndrome)

The bottom line in all this is that the FBI has been corrupted by the creatures of the Washington Swamp. They are using it in precisely the way Dzerzhinsky described Soviet security agencies: The agency is “the iron fist of the dictatorship of the proletariat [used] to smite its foe.”

That foe is, of course, Donald Trump and anyone associated with him — like, say, former economic adviser Peter Navarro, who was disgracefully hauled out of an airport in shackles.

Assuming Republicans take back control of the House in November, among the growing list of investigations that must be added is one into the all-too-obvious corruption of the FBI. It’s a once-honorable organization that, under the leadership of James Comey and now Christopher Wray, has descended into a sewer of political corruption.

Until then, the initials “FBI” now can easily be used to stand for the Fascist Bureau of Investigation — the Dzerzhinsky-style “iron fist of the dictatorship of the proletariat” whose main obsession is “to smite its foe.” And that foe, it is clear, is Donald Trump and the millions of Americans who support him.

The FBI has become the Fascist Bureau of Investigation, a government agency weaponized against American citizens it doesn’t like.

What a disgrace. And a dangerous disgrace at that.