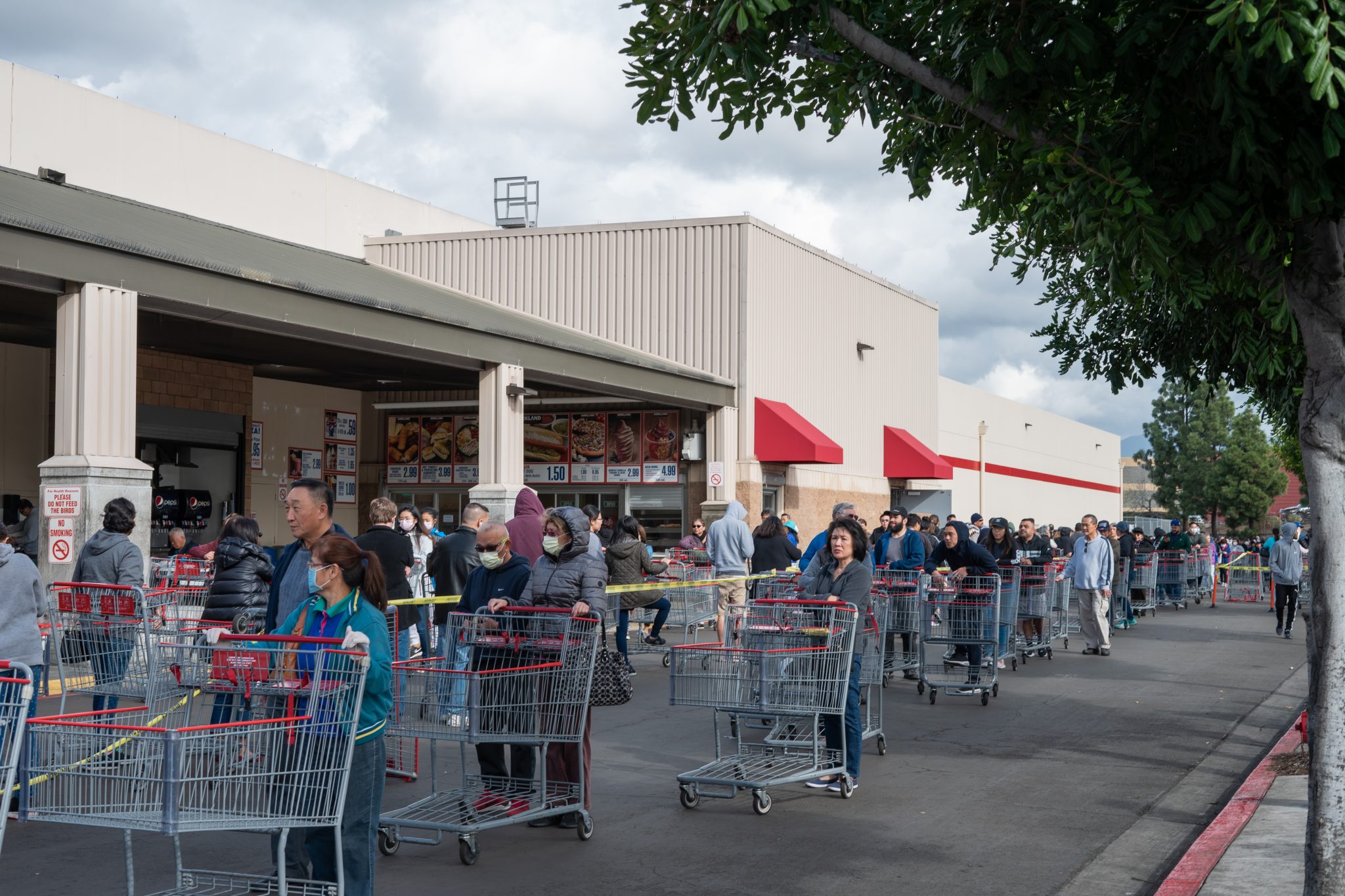 Charles Mackay wrote not of pandemics but “moral epidemics” 179 years ago in Extraordinary Popular Delusions and the Madness of Crowds.

“We find that whole communities suddenly fix their minds upon one object,” he observed, “and go mad in its pursuit; that millions of people become simultaneously impressed with one delusion, and run after it, [until] their attention is caught by some new folly more captivating than the first.”

Mackay wrote of hopes overriding reason in the public’s manias for tulips and alchemy and so much else. Now, our fears override our reason. The Moscow boogeyman seizing our democracy this winter yielded to the Wuhan boogeyman stealing our health this spring, which, presumably, yields to another specter this summer (sharks?).

All this makes one long for that simpler America of just four years ago, when clowns sparked a national panic that witnessed warning shots, mobs armed with sticks and clubs in search of mysterious men in painted faces in their nighttime cemetery gathering spot, locales banning Bozo-esque Halloween costumes, and the president’s spokesman noting that “this is a situation that local law enforcement authorities take quite seriously and they should carefully and thoroughly review.”

Of course, coronavirus, unlike any clown who exists outside of a Stephen King novel, kills us — at least some of us. But, as a reporter pointed out to an aghast Anthony Fauci this week, so do automobile accidents and influenza — at a clip considerably higher than COVID-19. If the CDC posted a chart online chronicling in real time the deaths from car crashes, then we all might agree, to loosely paraphrase Charles Wilson, that what’s good for New Balance is good for America. The doctor’s reaction to the implicit point that deaths of this number normally do not shut down whole societies — AIDS did not even shutter bathhouses in some American cities — suggested that he firmly disagreed with the adage that there is no such thing as a stupid question. The press’s reaction to the doctor’s reaction suggested that a lab coat works for the medical community much the way a top hat does for a magician. In Tony we trust.

Pfft, throw-hands-above-head, I’m-at-a-loss responses to legitimate questions generally serve as emperor-has-no-clothes moments. Dr. Napoleon, the more his sycophants question any who question him, seems naked — especially in his refusal to explain why something like the flu, which in its weakest season of the last ten killed many times more Americans than the coronavirus has, does not close society but COVID-19 does. We are all equal in the grave, save, apparently, the more-deads of coronavirus, a malady that, we glean, kills a person more than the flu and certainly more than a car accident does.

Fauci “knew” something unknowable. Given the paucity of tests, let alone actual testing, how could he know the mortality rate? As testing becomes more widely administered, we see a ballooning of cases — some of which do not appear debilitating — vis-à-vis deaths. The emerging numbers expose earlier predictions as exaggerations. Fauci tacitly acknowledged as much two weeks ago when he conceded that the World Health Organization ignored the many untested cases in theorizing a death rate 30 times greater than the flu — and three times greater than his own estimate. So many of the official claims, sensationalized in a media speculating on millions of fatalities, emitted a weapons-of-mass-destruction stench in that their issuers cared less about the truth than scaring people into mobilizing for a cause they believed served the greater good.

Who will rescue us from our rescuers?

This it’s-for-your-own-good, paternalistic vibe colors the whole campaign. Aside from lies told ostensibly for our own good, the government stomps upon liberties under some heretofore-unnoticed penumbra that allows for the suspension of the Constitution if the unelected elect — people affixing a two-letter abbreviation before their names and finding a God complex in their souls — declare it so. Governments shut down churches and gun shops and commerce, and the paternalists grounding us for a month now complain that a lone congressman seeks to vote on a $2 trillion pork-barrel project euphemistically termed stimulus instead of agreeing to pass it by unanimous consent.

In Sweden, the place that do-gooders so often point to as a demonstration of their schemes, business goes on largely unmolested, schools remain in session, and church services appear as open and empty as ever. Yet the country boasts lower coronavirus deaths as a percentage of the population than neighboring countries. How do they do it? Instead of keeping everyone from everyone, they quarantine the sick and vulnerable. Might we, while still obeying sensible hygiene and social distancing edicts, follow that model without half of America dying of Tom Hanks Disease?

A chicken-or-the-egg conundrum confronts. Did elites scare the rabble or did the rabble scare elites? The cause matters less than the effect of this reality. Once sufficiently frightened, the mob frightens. It regards disagreements as heresies, the exercise of rights as criminal, and everybody with suspicion. Many of our fellow citizens suffer from an apocalyptic delusion. The ones who do not suffer from the apocalyptic delusion nevertheless suffer from a delusion — call it the democratic delusion — that imagines that the majority quietly disagrees with government overreach and journalistic hype. Strongmen often win the admiration of the masses. We did not vote on the suspension of our rights, destruction of our economy, and the halting of civil society. But like that perfunctory $2 trillion legislative package, we did not need a vote to know which side would win. The fault, as one who retreated from London after the emergence of bubonic plague noted, is not in our stars.

Hysteria causes a belief in the counterfactual and a dismissal of the factual. The actual includes a deficit perhaps triple the largest ever recorded, a currency thoroughly debased, courts, schools, and other essential services embargoed, work becoming a criminal offense, and the country transformed into a hybrid of A Quiet Place, Lord of the Flies, Ray Bradbury’s “The Pedestrian,” and an award-winning screenplay just composed in my head called Who Needs Charmin When God Gave You a Left Hand? The counterfactual? Millions of Americans will die of coronavirus unless we do as we are told. Beware of anyone saying, “Come with me if you want to live,” lacking an Austrian accent.

“Men,” wrote Charles Mackay, “it has been well said, think in herds; it will be seen that they go mad in herds, while they only recover their senses slowly, and one by one.”

Even bears wake up in springtime.