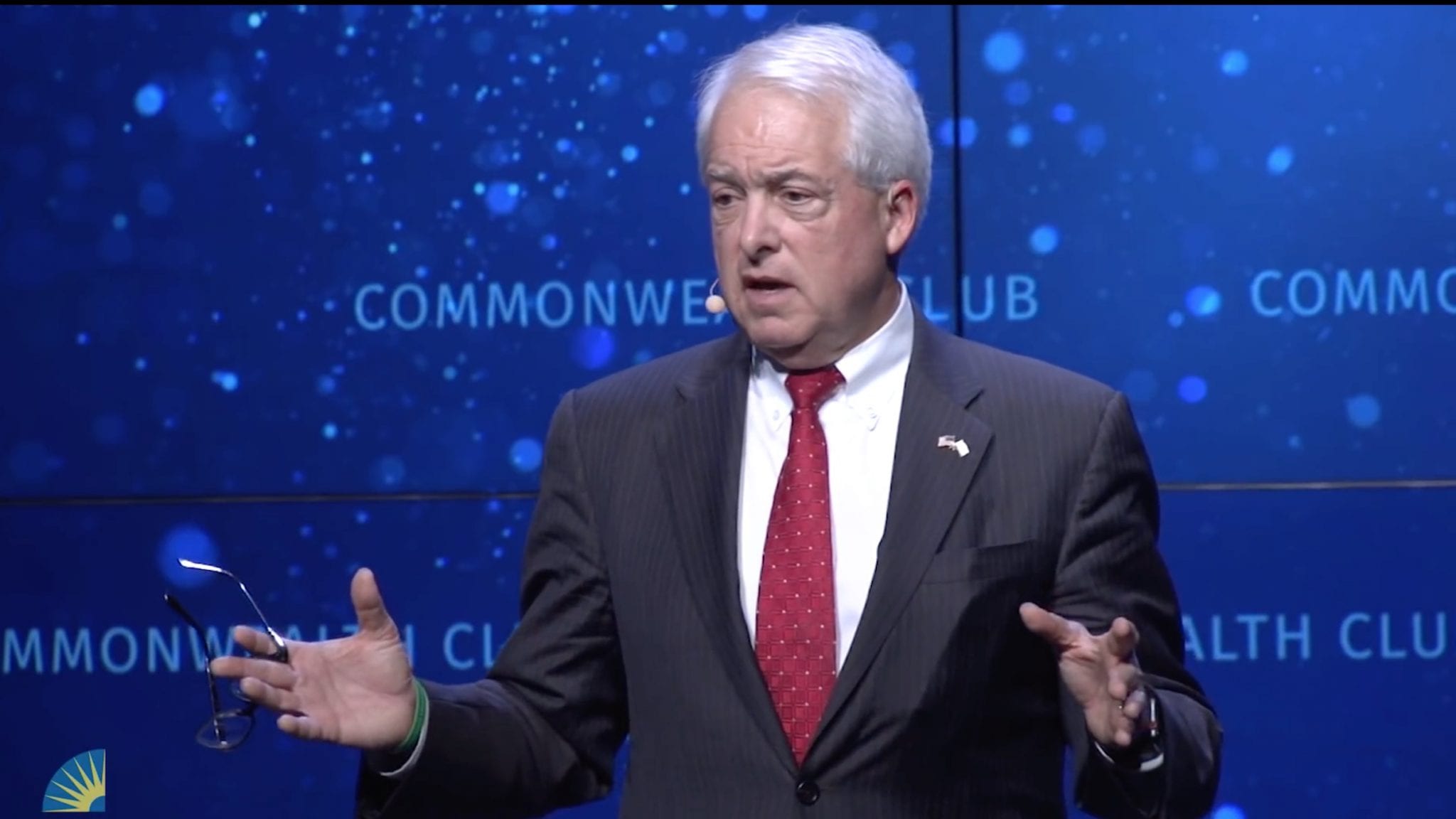 Everyone “knows” that a Republican like John Cox can’t be elected Governor in California because the state is just too blue, right?

Well, the people of Maryland, Massachusetts, Illinois, or Maine might not know that. Each of those states elected a Republican governor even though they are as blue, or even bluer, than California.

Conventional wisdom was wrong in these other states for the same reason it is wrong in California. Voters there didn’t elect a Republican politician, they elected an outside businessman who happened to be a Republican.

That’s just what John Cox is. He’s not a politician, he’s a successful businessman who has personally created hundreds of jobs and will right California’s fiscal ship, starting with repealing the gas tax that is killing the state’s middle class. And Cox will force the left-wing legislature to curb profligate spending.

Raised by a single mom when his father abandoned the family, Cox pulled himself out of poverty and put himself through college in two and a half years before embarking on a highly successful career in business. But he never forgot his roots on the south side of Chicago, where entrenched bureaucrats who owed their positions to cronyism and corruption ran government as they do now in California. It inspired a lifelong commitment to fighting corruption and cronyism, something at the heart of his current run for Governor which both Newt Gingrich and President Trump have endorsed.

Unlike John Cox, Gavin Newsom inspires little confidence as a leader. As a prominent journalist has noted, Newsom is “the living embodiment of privilege.” Blessed with deep family connections to the wealthy, powerful, and politically connected, Newsom was gifted with a gilded path in life. Possessed of good looks, Gavin pursued politics, where he could perform for the cameras and pontificate from on high. As in life, his political path was facilitated by privilege and patronage, having been appointed to both the San Francisco Parking Commission and the Board of Supervisors by Willie Brown, who also engineered his election as Mayor.

Though he has enjoyed public attention, Newsom has not been fond of doing the hard work of a public officeholder. As Lieutenant Governor, Newsom missed as many as two-thirds of the public board and commission meetings he was supposed to attend and once told an interviewer he only went to work in Sacramento “one day a week, tops… It’s just so dull.”

Now Gavin Newsom, this son of privilege, wants a promotion. Worse, he thinks he’s entitled to it.

While Cox has been readily accessible to the public, Newsom has essentially hidden from it, appearing only at carefully crafted friendly venues where he can avoid answering tough questions. Newsom’s hometown, San Francisco — once a crown jewel of not just the state but the nation — continues to descend into slum-like conditions with streets crowded by drug addicts and the homeless which can be traced directly to his “leadership.” Property crimes have skyrocketed. Nearly a quarter million needles and syringes are picked up from the streets there every month. Human waste is piled up all over the city. Understandably, visitors are pledging to never return and conventions are being canceled because of the crime and filth.

With such a failed record of leadership, it’s no wonder that Newsom is dodging needed public debates with John Cox. He is counting on Democrats to cast a reflexive vote for him as the Democratic candidate even though he is untested and will surely sign backbreaking legislation that even Jerry Brown wouldn’t touch. Newsom could literally send the state over the fiscal cliff, particularly with Gov. Brown quietly whispering that California is headed for a recession. The state created only 800 jobs last month.

John Cox has proven himself to be a winner, having vanquished the state’s former Superintendent of Public Instruction, the state’s Treasurer and a former Mayor of Los Angeles, all Democrats who between them and their allies spent nearly $40 million opposing him. Cox beat them all, and he’s pledged to spend the resources needed to defeat Gavin Newsom this Autumn.

The race for Governor of California will be a spirited contest between John Cox, a self-made businessman and dedicated political reformer, and Gavin Newsom, a child of privilege who thinks he’s entitled to the office. All the ingredients are in place for California to shock the nation come November, as other blue states have recently done, by electing a Republican businessman who will attack problems with genuine, potent solutions. Voters know that California is at a crossroads, and they want a genuine leader who actually has the chops to fix the problem. That man is John Cox.