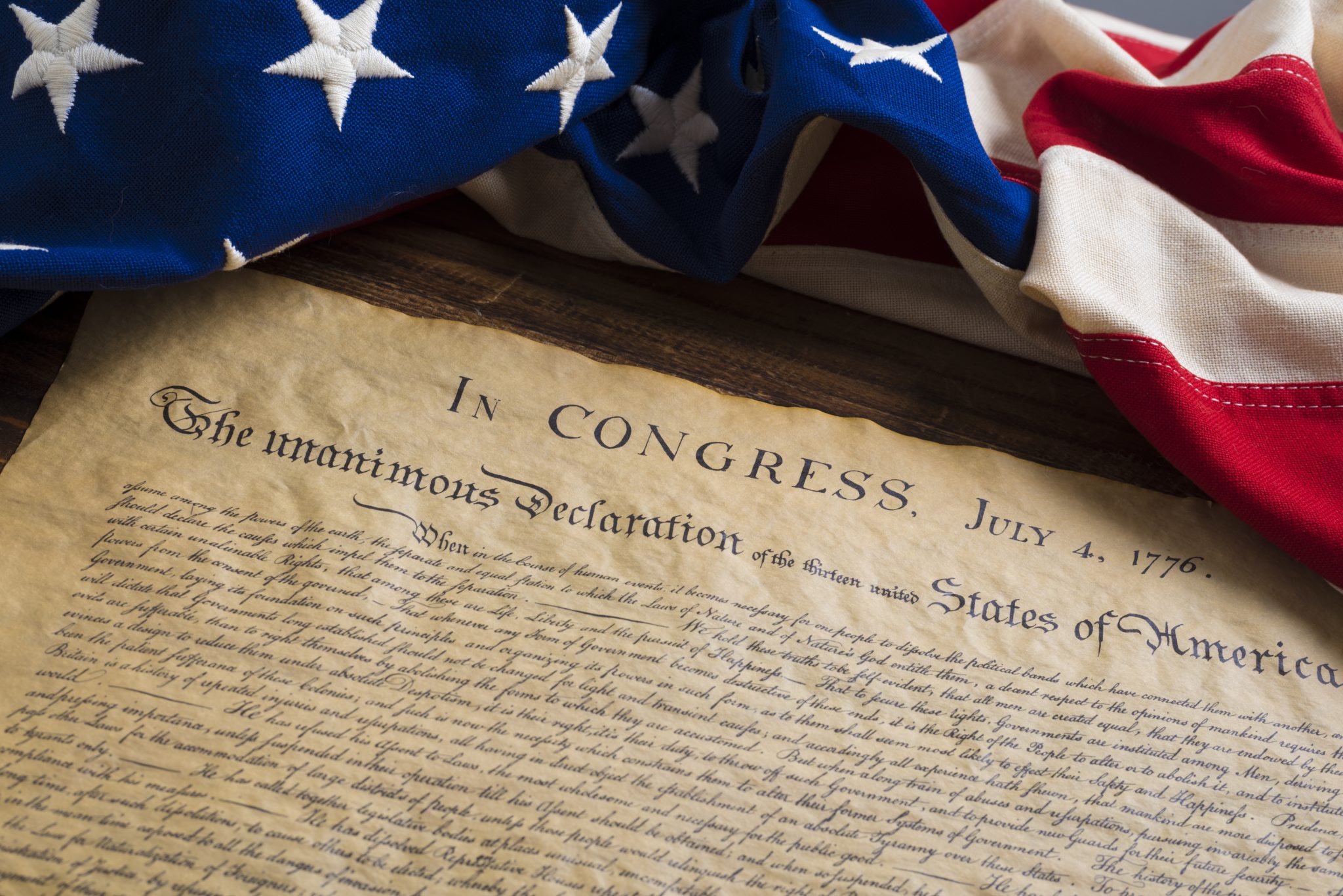 In his September 6 article “All Men Are Created Equal,” Shmuel Klatzkin contends that when the Founders declared “All men are created equal,” they meant that “[w]e are equally granted the rights to life, to liberty, and to property and are equally sovereigns of our land.” Thus he answers an early critic of the statement, who pointed out our inequality in height, intelligence, and other respects. I agree that this critic missed the point, but I think that so does Klatzkin.

Like many others, Klatzkin fails to raise an obvious question: Why did Thomas Jefferson write that all men are created equal, and not, simply, that they are equal? This suggests the uncomfortable possibility that they were created equal but are equal no longer.

Jefferson continues, “that they are endowed by their Creator with certain unalienable Rights, that among these are Life, Liberty and the pursuit of Happiness.” For Klatzkin, this is the key to understanding “all men are created equal.” However, the real key is the following sentence: “That to secure these rights, Governments are instituted among Men … ” Jefferson is saying that equality is something that existed before there were governments. He is talking about political equality. When we instituted government, we agreed that some of us will be subordinate to others.

The purpose of the Declaration was to justify the colonies’ collective decision to renounce allegiance to Britain and become independent, sovereign states. They felt an obligation to show their reasons for doing this were not “light and transient”; that this was their last recourse to an extreme provocation.

The full argument runs like this. When God created human beings, he did not ordain that a particular person, race, caste, or ancestral line rule. No one had any more authority than anyone else. Men made government, not God. They did it to protect their rights. If a government violates the rights of the governed, it is doing the very thing it was designed to prevent. If it does so egregiously and for a long time, the abused people are entitled to throw off that government and create a new one. The British crown had so abused the American colonies. Accordingly, they were justified in repudiating it and setting up their own government.

This argument derived from John Locke’s Second Treatise of Government, written in the preceding century. Locke said that, in the pre-political “state of nature,” everyone is on his own. It is a “state … of equality, wherein all the power and jurisdiction is reciprocal, no one having more than another.” The only law to which people are subject is the law that exists by nature. They must protect themselves and their belongings, punish wrongdoers, and settle their disputes as they are able and as they see fit. (We may note a similarity to our legendary “Wild West.”) Life in this circumstance is chaotic and insecure. So people appoint someone to protect their rights and settle disagreements. They vow to respect his judgment even when they disagree with it. In effect, they contract with each other. They surrender some of their natural liberty in exchange for law and order. This contract is the basis of the government’s authority.

Sometimes their sovereign, or “ruler” or whatever they call him, uses his power unwisely or selfishly. Nevertheless, settled authority is a good deal, all things considered. So, they abide with it, cautioning their sovereign to remember that his authority is not absolute. They never agreed to that. They did not leave the frying pan of the state of nature for the fire of slavery.

In saying we were created equal, Jefferson was indeed implying that we are not equal now. We voluntarily gave up political equality. We agreed that some of us would have unique authority and the power to enforce it.

Thus, I cannot agree with Klatzkin that the Founders asserted that “we are equally sovereigns in our land.” They asserted exactly the opposite. Nor did they commit themselves to a kind of enduring human equality that entails that a certain form of government, say, democracy, is best. They asserted only that the authority of the few exists in order to protect the rights of everyone.

The Founders knew that power is inevitably concentrated. Individuals will seize it violently for their own use, or society will distribute it peacefully, according to established rules. Submit we must, either in fear to an oppressor or freely to a legitimate government.

Phillip Goggans has spent half his professional life as a philosophy professor and the other half as a general contractor. He teaches philosophy as much as his schedule permits. He writes about philosophy, politics, ethics, and culture.