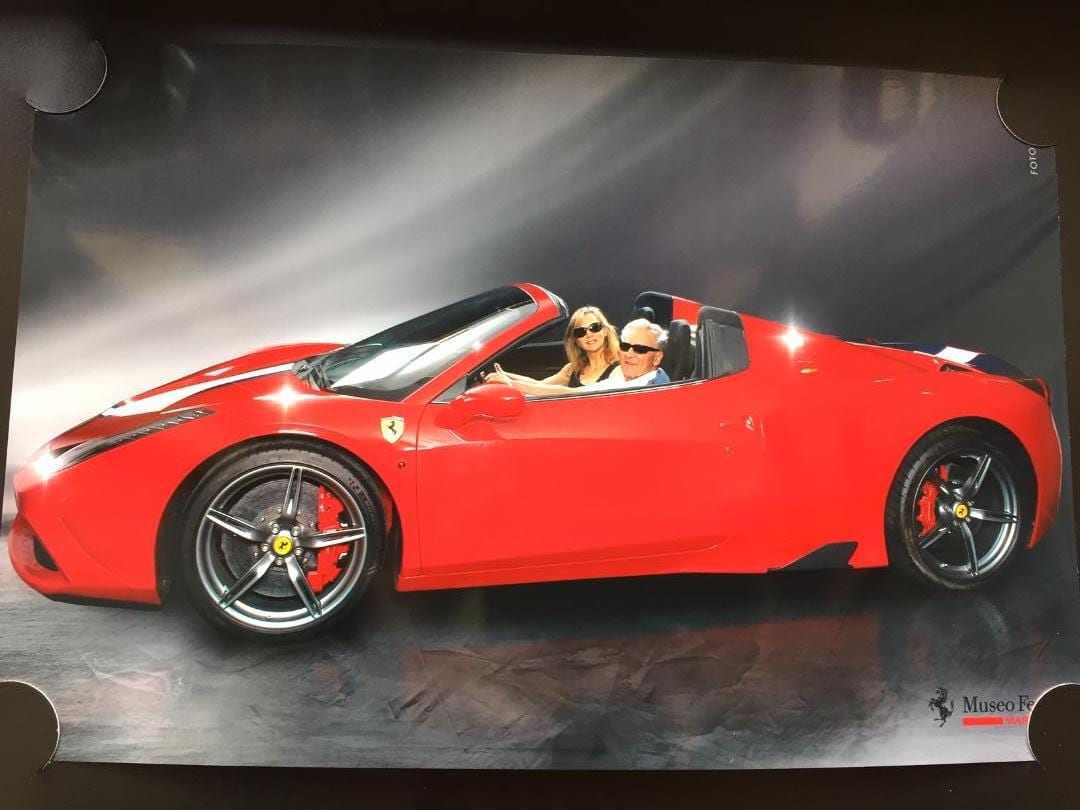 How could a country boy come from rural Italy early in the 20th century to become the boss of a company that made the most elegant cars in the world. He did it for some three quarters of a century: the fastest sports cars and Formula Ones, the most elegantly flamboyant, the cars bearing the Ferrari marque with the prancing black horse on their fenders.

It took him decades. He began as a racecar driver himself, driving at such venues as the Mille Miglia and the Targa Florio. He drove such advanced cars in the 1920s as Alfa Romeos. Then he began work on his own cars, first sports cars, then Formula Ones. Finally, he combined the two to make the fastest streetcars in the world, among the most expensive and always most elegant. He preferred them to be red, and if you drive through Modena and Maranello — two Italian cities where these cars have always been made — of a sudden the streets are alive with red Ferraris, occasionally yellow.

I do not know how to explain it. Perhaps they are running road tests on the finished product. Possibly, they are owned by the local milkman. Whatever, they certainly enliven the surroundings.

How did this evolution take place? Well, if you read Enzo Ferrari: Power, Politics, and the Making of an Automotive Empire, the recently released biography of Enzo Ferrari, you will read that old Enzo was not so different from industrial figures you have read about as an American. “He was very close to an American mentality and culture….” He was an entrepreneur, “a shaker of ideas and men.” What is more, “He was an absolute marketing genius,” so says Luca di Montezemolo in his introduction to this wonderfully cosmopolitan book.

The book’s author, Luca Dal Monte, writes in surprisingly clear prose from a born Italian that Ferrari was a tough businessman, a hard bargainer, a constant seeker of the best for his product. But also “a romantic.” His cars showed his taste for adventure. Yet they also showed his taste for speed. He worked with many of the finest drivers in the world, Fangio, Ascari, Surtees. His relation with them was not always serene. But they gave him their best effort, and when several of them died from injuries incurred on the track Ferrari often grieved for months.

This book is the tale of a man who, though completely Italian, aped American ways in a business that was amazingly successful. He also aped America in his furious competitiveness.

It may surprise readers that the editor of The American Spectator would favor the book as a Christmas present, but I have followed Ferrari for years. He is despite the Chianti and the garlic a close approximation to a Yank. Moreover, his life is a fascinating story. A hint of the story may be grasped by noting his response to the question of how he wanted to be remembered. He said, “As someone who dreamt of becoming Ferrari.” He was a courageous businessman and a ferocious competitor and he left a great story to savor.