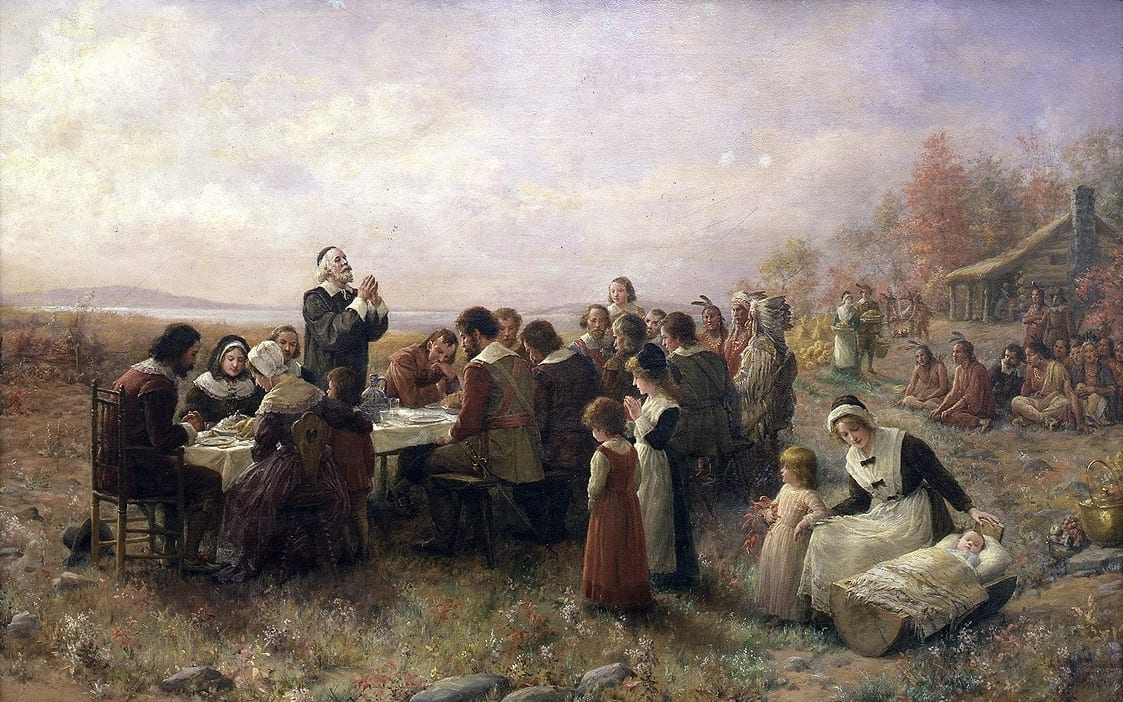 The website CommonDreams.org highlights an article called “How to Win the Holiday Healthcare Debate With Your Conservative Relatives” that posits that “Uncle Joe would benefit from the change if he only knew the truth” about “Medicare for All,” counsels readers to replace football on the television with a documentary called Fix It and tells the dinner table evangelist to “consider the persuasion of Uncle Joe as a war of attrition.”

The only way to triumph in the Thanksgiving politics debate — surely the beleaguered “war of attrition” seems an apt description — remains a dedicated resolve to avoid it.

Unveil your provocative theory about why the Motion Picture Association of America would have given A Beautiful Day in the Neighborhood an NC-17 rating if not for all the sex and violence that ended up on the cutting-room floor. Embark on a lengthy soliloquy on why you think David Blough should start over Jeff Driskel that afternoon without first identifying Blough and Driskel, the position let alone the sport they play, the 3-7-1 squad in Detroit they play for, or why the subject engenders such passion. Do anything bizarre or boring to reorient the conversation away from politics.

Even one skilled in the underrated art of distracting monomaniacs and finding escape routes in dead-end conversations cannot always avoid falling down this habbit role. In such situations, reminding of the clash between the lessons learned regarding collectivism by those celebrating the first Thanksgiving and the ones instilled by those celebrating Medicare for All at the current Thanksgiving feast might help.

The agreement between the pilgrims and their backers 399 years ago called for the distribution of “meat, drink, apparel, and all provisions out of the common stock and goods.” William Bradford, the governor of Plymouth Colony, noted in Of Plymouth Plantation that the pilgrims “languish[ed] in misery” sharing all and that they “found to breed much confusion and discontent and retard much employment” the collectivist scheme they initially followed.

But after seeing his community halve its population after the first brutal winter, and thereafter struggle, save for a respite during that initial Thanksgiving with Massasoit and his men, Bradford parceled out the common land to farmers to cultivate for their own families’ benefit.

“This had very good success,” Bradford explained, “for it made all hands very industrious, so as much more corn was planted than otherwise would have been by any means the Governor or any other could use, and saved him a great deal of trouble, and gave far better content. The women now went willingly into the field, and took their little ones with them to set corn; which before would allege weakness and inability; whom to have compelled would have been thought great tyranny and oppression.”

When the pilgrims practiced Everything for All, nobody received much. Medicare for All permits private insurance for none and establishes a monopoly run by a few. Then as now, competition beats collectivism. It does so because it incentivizes effort and efficiency. In allowing consumer choice, it forces providers to offer low prices — or else lose business and ultimately lose their businesses. A detached single-payer providing goods results in expensive overuse in modern health care and costly under-exertion in 17th-century farming. Health-care consumers today need market competition, not government coercion.

Just as a Thanksgiving monologue grows tiresome at the dinner table, a one-size-fits-all health-care monopoly wears thin on the operating table — and elsewhere. In two short years in Plymouth Colony, the pilgrims learned the wisdom of siding with the democracy of the market over the autocracy of collectivism.

“The experience that was had in this common course and condition,” Bradford reflected, “tried sundry years and that amongst godly and sober men, may well evince the vanity of that conceit of Plato’s and other ancients applauded by some of later times; that the taking away of property and bringing in community into a commonwealth would make them happy and flourishing; as if they were wiser than God.”

Nearly 400 years later, a few people still imagine themselves in a better position to make decisions over everybody else. These same wiser-than-God people make for the worst Thanksgiving Day conversation partners.

Eat a turkey, don’t debate one, this Thursday.